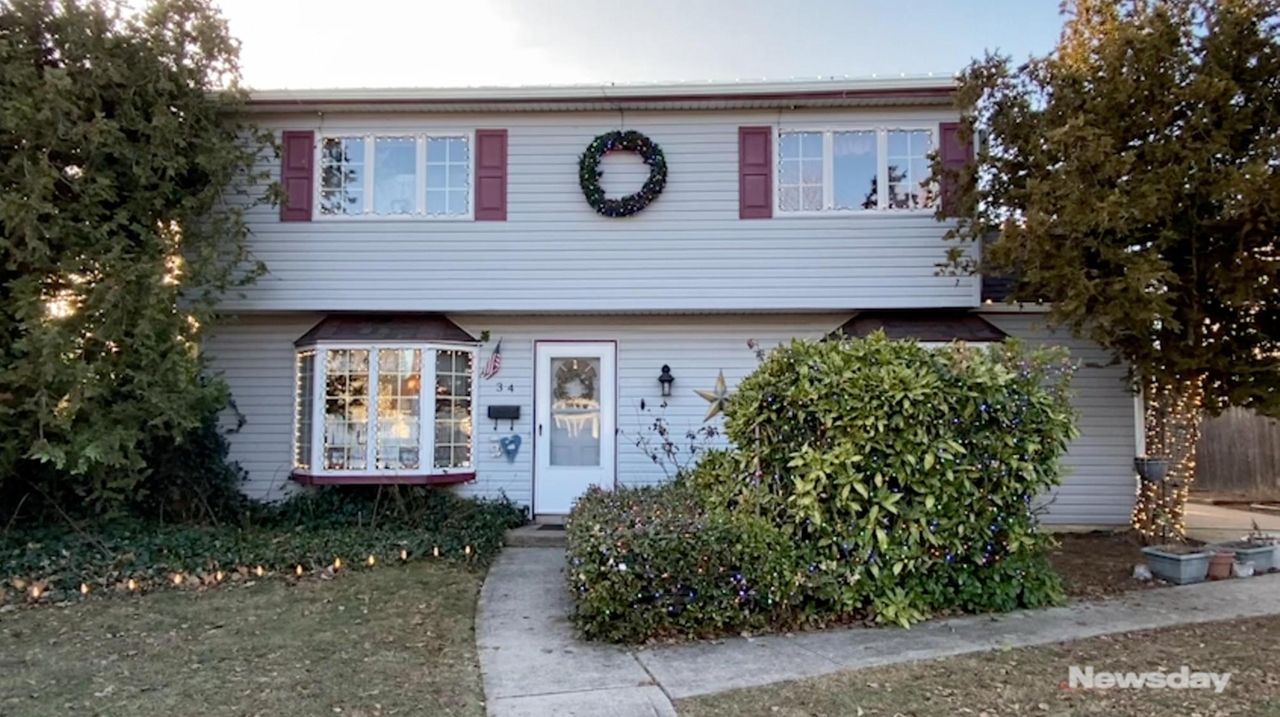 James Brancale, an Army veteran from Levittown, spoke Monday about the new roof he received under a Nassau veterans program through Habitat for Humanity of Nassau County Inc. Credit: Howard Schnapp

Christmas lights glowed atop James Brancale’s Levittown house Monday, illuminating the Army vet’s home for the first time in more than a decade.

He began 2019 on bucket duty — every time it rained or snowed he would put out five buckets to catch the water pouring through his roof. Now, as children search the sky for a glimpse of Santa Claus, Brancale looks above his home and sees a different kind of Christmas gift.

“They’ve given so much for the freedom that we enjoy,” Stone-Sumair said. “They’ve sacrificed much … to serve and it’s our duty and responsibility to give back.”

Brancale’s path to a new roof began with leaks. He said he was using aluminum foil to direct leaking water into buckets.

“Every time it rained I had a nightmare,” he said. “I couldn’t sleep. … My kids were worried.”

His daughter Melissa Brancale, 43, of North Babylon, who grew up in the house on Anchor Lane, said she was concerned about mold forming in the house from the moisture and that it could hurt his health.

“I was concerned he was going to go on the roof himself,” she said.

Over the summer he said he went to the Town of Hempstead for help and was directed to Habitat for Humanity. Stone-Sumair then visited his house to see the conditions for herself.

“My heart went out to him from the day I came,” Stone-Sumair said. The Nassau branch of the Habitat for Humanity hadn’t participated in the international organization’s veterans program before, so there was a bit of a learning curve before getting Owens Corning to donate the materials and Westbury-based contractor Quality Homes USA to donate the labor, she said.

Brancale said he served in the Army as a military police officer in Germany from 1964 to 1966. He bought the home after his discharge with GI Bill funds, he said, and worked in a bank branch in Brooklyn while raising a family in Levittown with his wife, who died three years ago.

“My dad hasn’t decorated this house in probably 15 years,” she said. “To see this and have grandkids see the lights for the first time was an extra gift.”

Stone-Sumair said they are looking to do more such repair projects in Nassau.

“Now we’re just looking to do this for other veterans that are in need as well,” she said.