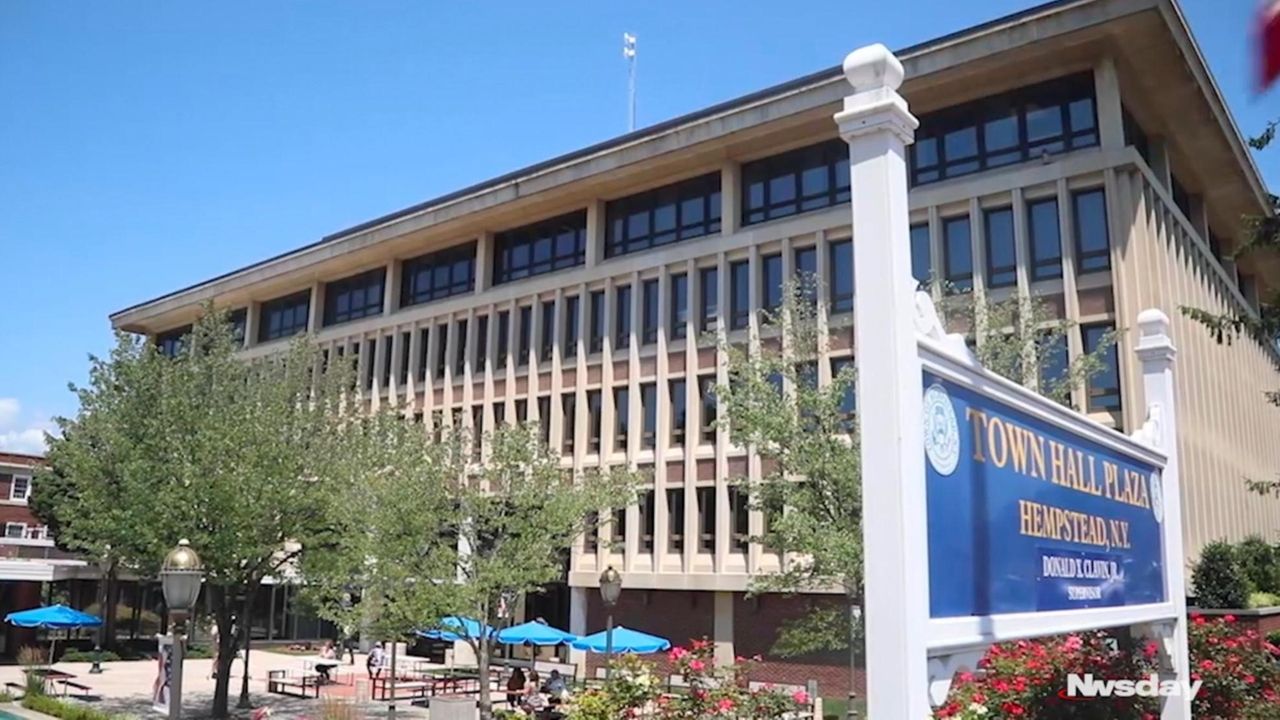 State Sen. Kevin Thomas (D-Levittown) and other state officials spoke at a news conference on Thursday, calling for a review of the Town of Hempstead’s spending of COVID-19 funds allocated from the federal government. Credit: Newsday / Shelby Knowles

State Sen. Kevin Thomas and U.S. Rep. Kathleen Rice have called on the state comptroller’s office to monitor the Town of Hempstead’s use of $133 million in federal CARES Act funding.

Thomas (D-Levittown) and Rice (D-Garden City) stood Thursday in front of Hempstead Town Hall requesting a fiscal monitor to oversee how the federal COVID-19 relief funding is allocated. Thomas said he will introduce a bill in the State Senate when it resumes its session on July 20.

“The far-reaching effects of this pandemic make transparency and accountability in government that much more important,” said Thomas, who is running for reelection against Hempstead Town Councilman Dennis Dunne Sr., “I no longer have confidence in the Town of Hempstead supervisor or the council in dispersing these funds where it is truly needed.”

Hempstead was the only town in the country to receive part of the $2 trillion CARES Act funding after municipalities with populations over 500,000 people qualified, Rice said. The funding was sent to counties and states to cover expenses incurred by managing COVID-19, but not to replace lost revenue through Dec. 30.

Nassau County officials said all of their funding has been allocated for front line county workers and first responders battling the pandemic.

Hempstead officials said they placed their funding in a separate COVID-19 liability fund account after they did not receive clear guidelines from the U.S. Treasury Department, which reserves the right to claw back funding. All funding must be approved by the Town Board, which is still meeting without the public under a state executive order limiting public gatherings.

Funding is reviewed by an outside law firm and advisory committee of town and local officials. Hempstead Town Supervisor Don Clavin also holds a weekly call with village mayors.

The town has so far allocated more than $10 million in funding to local charities and county organizations, including up to $4 million to food banks, $4 million to hospitals and $2 million to the Nassau Industrial Development Agency to distribute personal protective equipment kits to businesses.

"Congresswoman Kathleen Rice and Senator Kevin Thomas have done very little to provide direct aid to communities that are struggling during the COVID-19 pandemic,” town spokesman Greg Blower said in a statement. “Maybe that is why they are looking to deflect attention from their lackluster performance as they call for a review of COVID-19 spending by the one government that has actually been the most proactive and aggressive in helping those who are suffering.”

Rice said Nassau County was second only to New York City in pandemic cases while managing services including the department of health and police department.

“Nassau County basically had their money split in half. Suffolk County got twice as much money and they have exactly the same amount of expenses,” Rice said. “These are costs the town of Hempstead simply does not bear. This $133 million is our money and it’s important that it be distributed fairly."

Rice said she has asked every mayor to send expenses to the town to be reimbursed. Town officials said they are working with villages to provide assistance.

State comptroller officials could not be reached for comment.