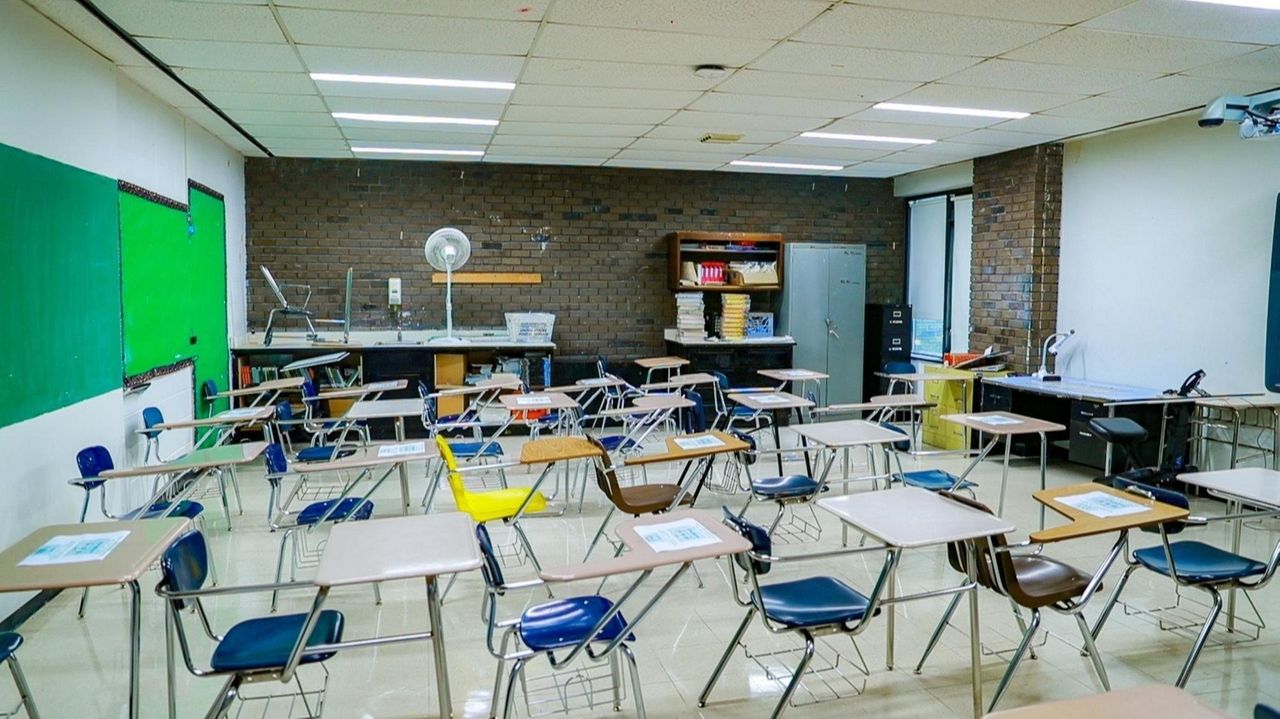 Hempstead school officials on Wednesday announced the start of student instruction would be moved from Sept. 8 to Sept. 14, after the local teachers union reported that schools were inadequately equipped to protect against the spread of COVID-19.

In another switch, the district's interim superintendent, Regina Armstrong, said all instruction initially would be delivered remotely, with students learning at home. The district's original reopening plan called for starting with alternating days of in-school and at-home instruction.

Following that initial week of online learning, Hempstead, on Sept. 21, will proceed with its original "hybrid" plan involving a combination of classroom and home instruction, Armstrong said. The great majority of Hempstead students, more than 6,000, opted for the hybrid plan, while 900 opted to remain at home every day.

Armstrong told Newsday the delay was "due to the overwhelming amount of work expected of teachers to ensure they are prepared for the challenges of hybrid and remote learning, as well our new health and safety protocols."

Armstrong added that the week of Sept. 8 will now be used for professional training, so teachers can become better acquainted with the district's new Learning Management System. Another goal, she said, is to ensure that lesson plans are in place for both classroom and home instruction.

In response to the date change, Nicole J. Brown, president of Hempstead's teacher union, said much of the district's problem in preparing health safeguards traced back to the deteriorated condition of many school buildings. Staff members have complained, for example, that some classroom windows cannot be easily opened, making it difficult to provide adequate air circulation.

"For as long as I've been here in the district, there's been a problem with facilities," said Brown, now in her 20th year of teaching. "The buildings, they're not in good condition."

The only exception, she added, is the district's Prospect School, which reopened last year after being rebuilt.

Dozens of other districts across Long Island already have moved their reopening schedules back, in many cases to give teachers more time to prepare. More than a dozen systems are scheduled to reopen this week, followed by 90-plus districts next week, and the remainder on Sept. 14.

Hand sanitizer containers, a common classroom feature in many other districts, had not been ordered for every classroom and office in Hempstead, the union reported. Touchless paper towel and soap dispensers had not been installed in bathrooms, in contradiction to the district's reopening plan, and anticipated duct work at Hempstead High School was still pending approval from the company contracted to do it, the union added.

A particular union complaint was that representatives were treated with suspicion by administrators, when they requested walk-throughs of school buildings before reopening.

"I don't understand why there's all this pushback over walk-throughs," Brown said. "Some windows couldn't be opened."

Armstrong, in a response letter three days later, said a new air conditioning system installed at the high school allowed adequate fresh air flow. She further stated that hand sanitizer machines would be placed strategically in all schools, though not in classrooms, on the advice of a facilities specialist who, she said, cautioned that such devices could be flammable.

Armstrong objected to a statement by union representatives: "Our lives are literally in your hands."

The superintendent termed this "at minimal mean-spirited."