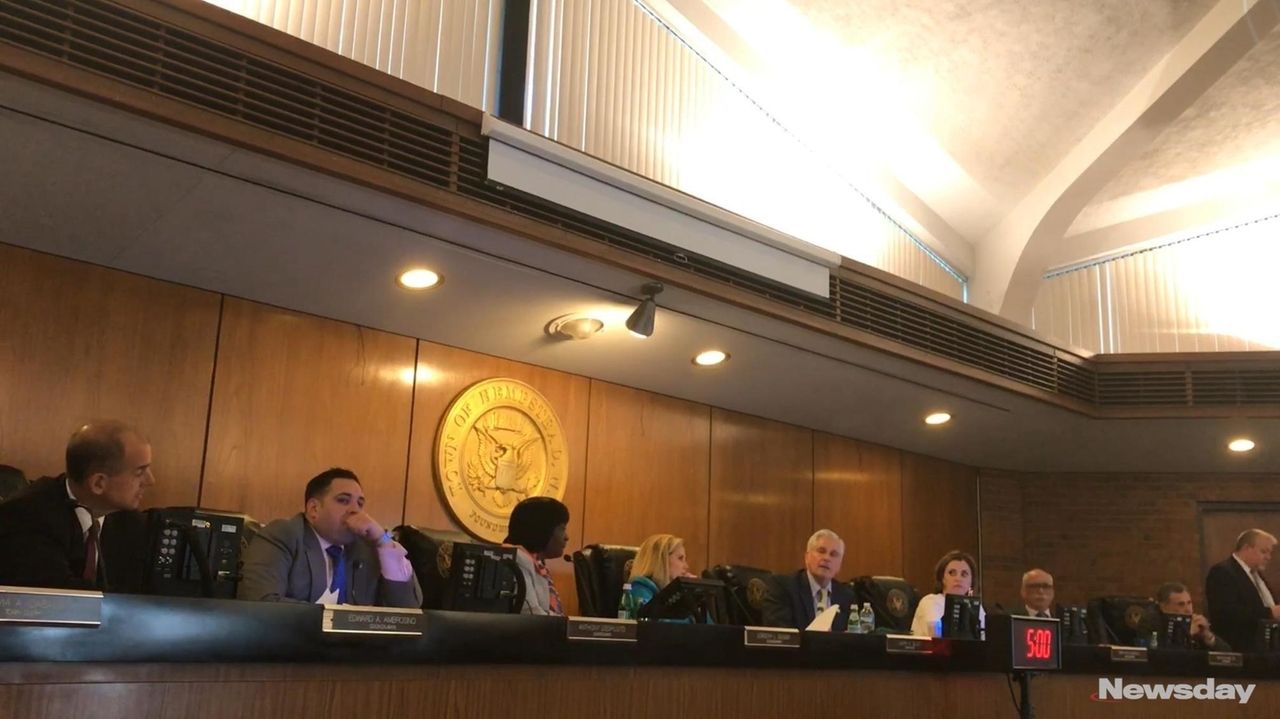 The Hempstead Town Board discusses the hiring of outside counsel on May 8, 2018. Credit: Newsday / Stefanie Dazio

The Hempstead Town Board voted Tuesday to hire outside counsel to represent board members in Supervisor Laura Gillen’s lawsuit against former Supervisor Anthony Santino, the town board and the town’s union.

Gillen amended her lawsuit Monday to remove the names of council members after they objected last month, and the names of the town’s Civil Service commission members.

Gillen filed her lawsuit last month in Nassau County Supreme Court in the hopes of overturning personnel changes and a no-layoff union clause approved during Santino’s final board meeting in December.

The amended lawsuit also included the addition of eight taxpayers as plaintiffs. Gillen said she would instruct newly- hired Lake Success firm Abrams Fensterman to only represent her and not the new plaintiffs even though they had planned to represent the taxpayers for no charge. Town board members had objected to the taxpayer representation. 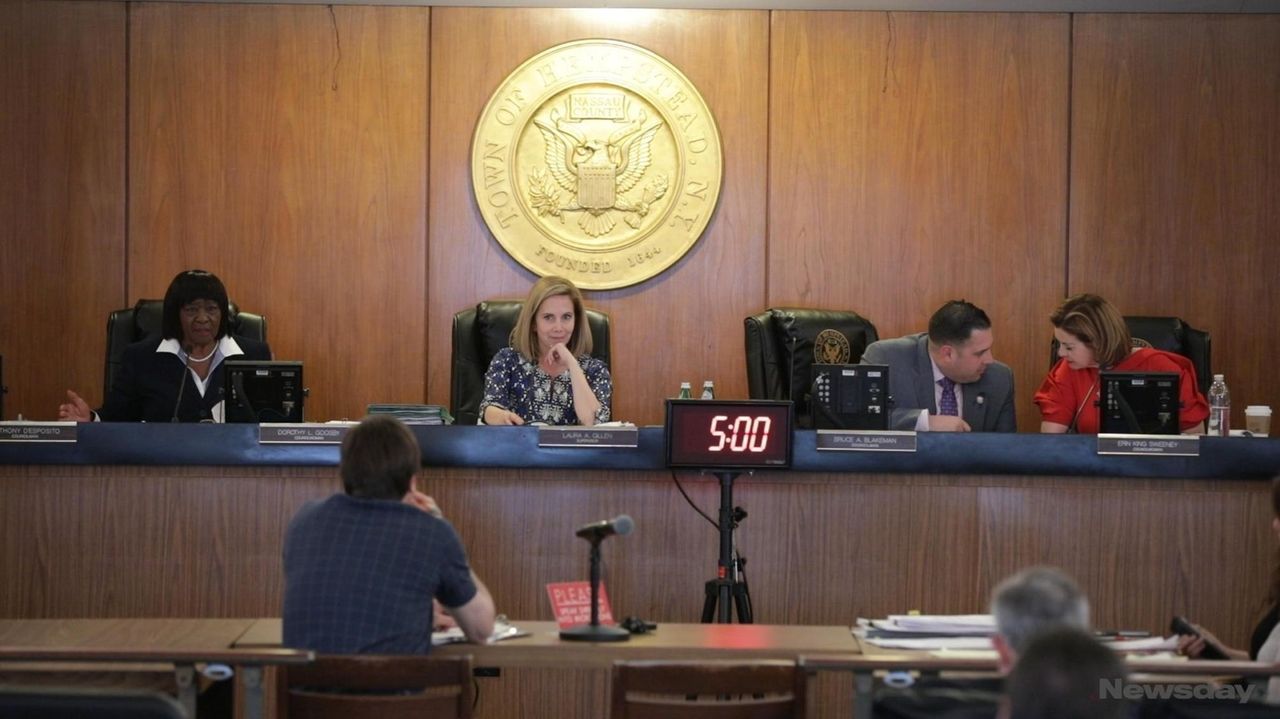 Hempstead board at odds over Santino lawsuit At the Hempstead Town Board meeting on Tuesday, Councilwoman Erin King Sweeney and Senior Councilwoman Dorothy Goosby voiced their objections to being named individually in the lawsuit against former Supervisor Anthony Santino and the town board filed by current Hempstead Town Supervisor Laura Gillen. Credit: Newsday / Yeong-Ung Yang

“It may not be a direct conflict but it certainly gives the appearance of one,” Councilman Bruce Blakeman said.

Blakeman, an attorney who voted against both of the Santino administration measures in December, has opted to represent himself.

The legal fees would be paid through the general fund’s undistributed fees and services account.

Mike Fricchione, the town’s press secretary who usually acts as Gillen’s spokesman, said the account held about $1.1 million that is usually meant for outside counsel costs.

King Sweeney has asked the town comptroller’s office to set up a reserve fund to cover the legal costs.