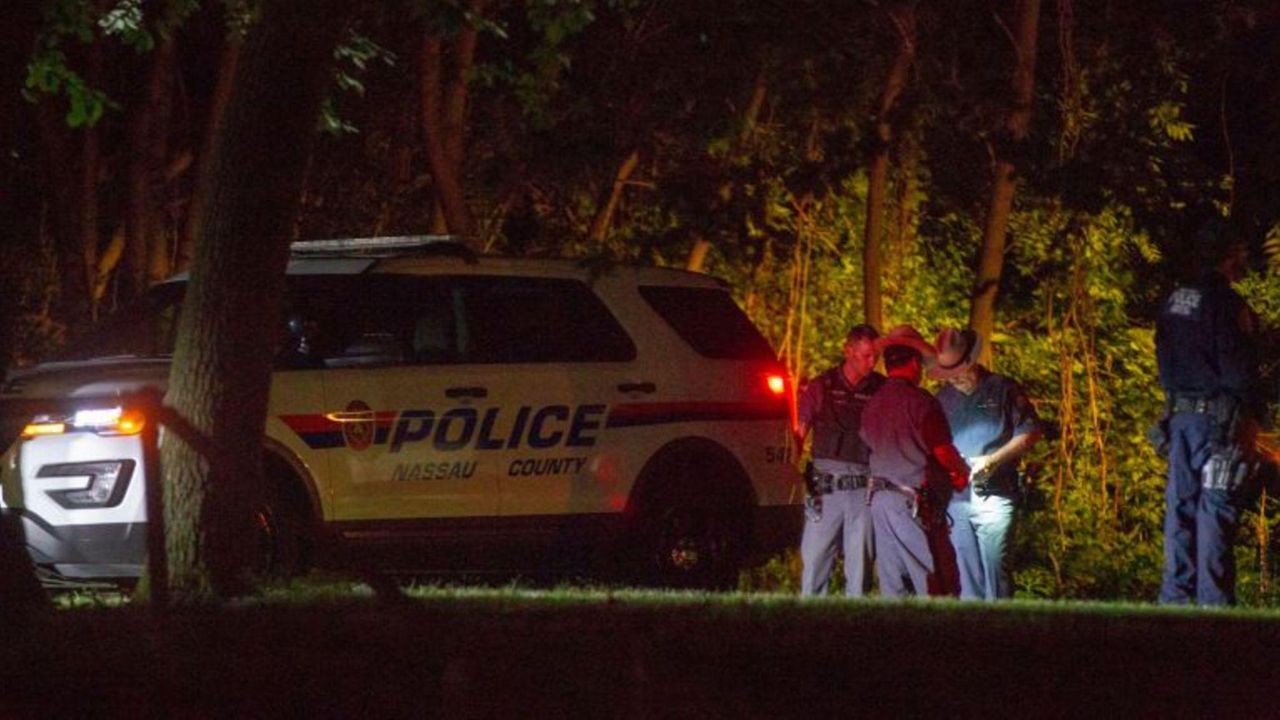 Police were at Hempstead Lake State Park in West Hempstead on Sunday night for several hours, conducting what appeared to be a massive search of the area. A Hempstead couple who were also at the park said they had contacted police about their missing son. Louis Germosen, 19, has been missing since June 28, his father, Luis Germosen, 45, and stepmother, Suzy Bayer, 39, said. Credit: Jim Staubitser

Police were at Hempstead Lake State Park in West Hempstead on Sunday night for several hours, conducting what appeared to be a massive search of the area.

Nassau County police, State Park Police, Nassau Water Rescue and a Suffolk County canine unit were at the park until about 10 p.m.

A Hempstead couple who also were at the park said they had contacted police about their missing son.

“I truly believe that something bad happened to Louis,” said Bayer, who added that Louis Germosen lived with his mother in Westbury. “I hope for the best,” she said.

The couple said police were contacted after a relative received an anonymous text telling them to search the area around a nearby pond. The couple said they had been in contact with the police, and they had searched the park themselves several times along with family and friends before police arrived Sunday.

Police told the couple they would be returning to the park Monday morning.

Nassau police declined to comment but had issued an alert about Germosen on Friday.

According to detectives, Louis Germosen was last seen leaving his home on Carleton Street. He is described as 5-foot-8, 180 pounds with brown hair and dark-colored eyes. A possible destination was Rosevale Avenue in West Hempstead, the alert said.

Detectives request anyone with information to contact the Nassau police Missing Persons Squad at 516-573-7347 or call 911.

2:11
Brentwood twins hope to make Regeneron finalist list
NYPD: Officer shot, wounded in the Bronx, suspect in custody
Ex-principal put on leave as retaliation for his defense of bullied student, lawsuit says
Highlights of Gov. Kathy Hochul's 2022-23 budget
Fifth arrest made in 2016 gang killing of teen in Uniondale woods
Forecast: Cold night, then stiff breezes on milder Wednesday
Didn’t find what you were looking for?