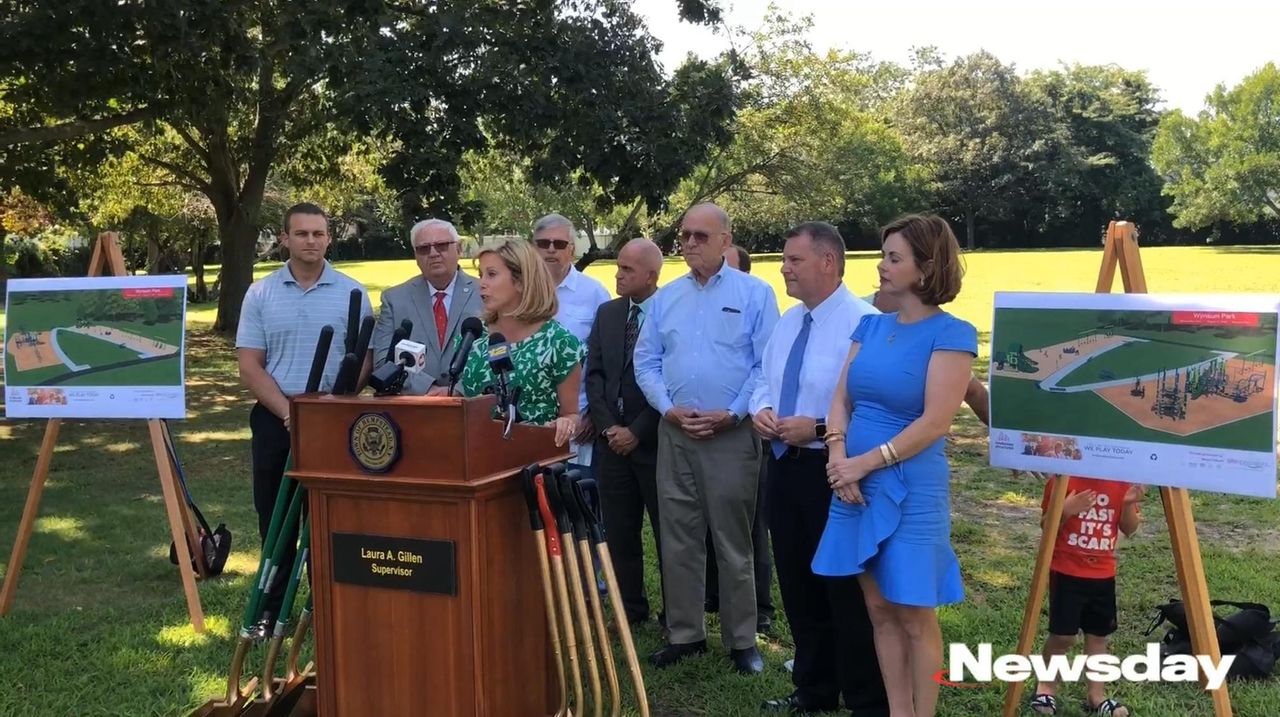 Now with new sod, fencing and trees, local officials broke ground Thursday on a new playground at Wynsum Avenue Park that was the center of a political tug-of-war on the Hempstead Town Board.

Residents and the civic association raised more than $40,000 in donations and secured $300,000 in state and local grants to build two play areas at the park by the fall.

“This started four years ago as a dream and going door to door for support,” said civic association member Jay Rogoff, who led the fundraising drive with resident Shawn Field. “There was definitely some opposition, but it’s finally become a reality.”

A split Hempstead Town Board led by former Supervisor Anthony Santino stalled on backing the project after some residents complained about potential noise from children and additional traffic that a playground could bring.

Board members later approved fronting the money for the park with Santino and Councilwoman Dorothy Goosby abstaining. The town board under Supervisor Laura Gillen voted again in April to cover the initial costs and design.

Councilwoman Erin King Sweeney said she met with several residents to address concerns and make improvements to the park such as fencing and irrigation.

“It took a while to get here, but the tenacity of our residents made it happen,” King Sweeney said. “At times I didn’t think it would happen, but it did.”

The new park will include two play areas — for toddlers to age 5 and for children up to age 12. It will include a new sidewalk, brick garden and two handicap-accessible swings. Equipment and work is expected to begin immediately and take eight weeks until it is completed in mid-November.

Park organizers received $225,000 in state grants backed by Sen. John Brooks (D-Seaford). The Nassau County Legislature passed a $75,000 reimbursement bill in June sponsored by Legis. Steve Rhoads (R-Bellmore), but the town has not yet received the funding.

“Everyone gets into office to try to make a difference in their local community and this is truly an example of that,” Rhoads said. “This was a lot more difficult than it should have been.”