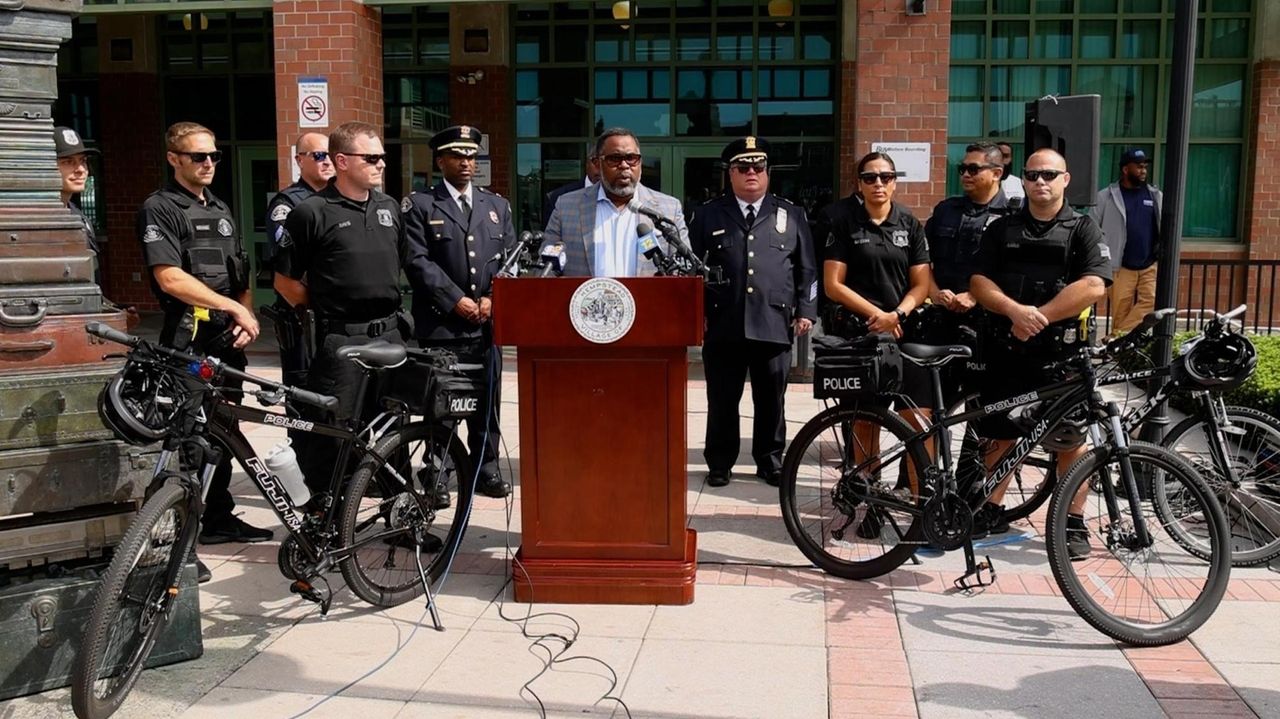 Hempstead police touted an arrest and drug seizures this week by its anti-crime unit and bicycle patrols, taking more than $35,000 in drugs off the street.

The police department’s mountain bike patrol arrested a man after a drug deal Tuesday across from the Hempstead Long Island Rail Road station where police seized a handgun, as well as heroin and fentanyl valued at more than $35,000, Hempstead Deputy Chief Richard Holland said.

The suspect was not identified.

The arrest occurred near Parking Field 12, where police said a recent shooting had occurred.

Police said the anti-crime unit and bike patrol has led to more than 150 arrests and 450 appearance tickets since the spring.

"Our bike patrol has had a major impact in the reduction of crime in the downtown area," Hempstead Mayor Waylyn Hobbs Jr. said. "This is one less gun to be operated in the Village of Hempstead."

Hobbs said the bike patrol aims to improve safety in the village's downtown area near the LIRR and bus stations.

"We’re making sure Hempstead is a safe place to come. As we look to revitalize downtown, this task force [is] seeing results," Hobbs said. "We want to let everyone know Hempstead is open for business, to be part of this growing, productive community."

Holland said the bike unit has seized three handguns in the past 10 days. He said the bike officers are able to approach crimes in progress, riding bicycles through parking lots, jumping curbs and going down stairways.

The bike unit is funded through the village’s community policing unit and also focuses on distributing tickets for illegal drug use, drinking in public, littering and disorderly conduct, Holland said.

"This village is so densely populated, it can be difficult to drive through the downtown area and through nooks and crannies," Holland said. "These bikes can move through close quarters without drawing too much attention to themselves."