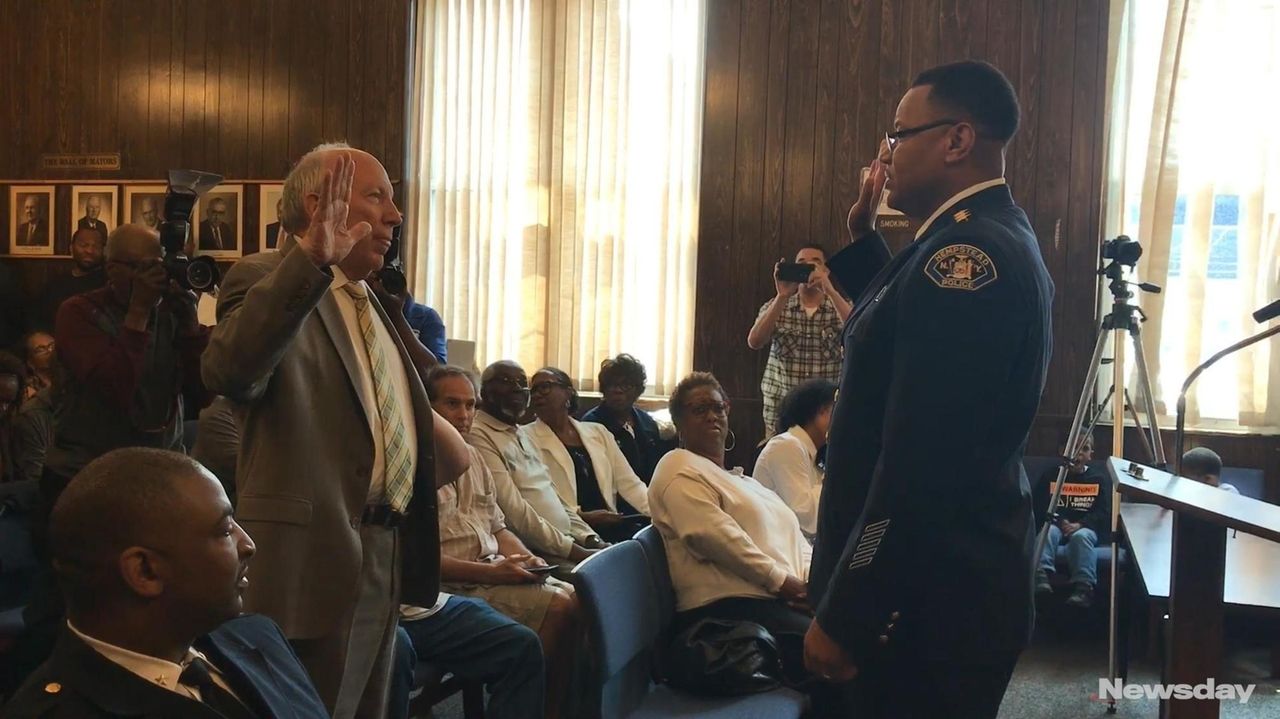 The new chiefs, both previously lieutenants, were appointed unanimously by the board of trustees on Tuesday. Lt. Patrick Cooke’s appointment to the position of acting assistant chief, which is between the other two in rank, was defeated Tuesday 4-1 by the board.

The appointees are taking over temporarily because the results for the Civil Service chief’s test have not yet been released. The top chief’s position is based in part on his or her test scores. The other two chiefs, however, are appointed positions and they maintain the Civil Service rank of lieutenant. All three job salaries are negotiated by contracts.

Johnson, who would become the department’s second black chief if he keeps the position permanently, and Holland are taking over following the May 31 retirements of former Chief Michael McGowan, Assistant Chief Joseph Sortino and Deputy Chief Mark Matthews.

They begin their tenures as the top brass of a department already in upheaval and may become more so if the board chooses to promote sergeants to fill their lieutenant vacancies. Officers could then be promoted to fill the sergeants’ slots in the midst of a detective’s state and federal complaint alleging that he and another black officer were passed over for promotion to sergeant. The Civil Service list where they had risen to the top expired in November, and white male officers scored in the top five on the new list.

The department is also contending with the arrest of Officer Randy Stith in April on accusations that he stole $6,500 from the village fire department and forged a letter of recommendation in his police application. He has pleaded not guilty and is due back in court on Wednesday.

The swearing-in ceremony occurred Thursday just after former Officer Louis Arcila was sentenced to 3 years of probation. A Nassau County jury had convicted him of official misconduct and child endangerment following an off-duty encounter with a female restaurant patron in 2015.

Officials appeared Thursday to allude to the department’s recent turmoil.

“We have a lot of work to do,” Trustee Perry Pettus said. “We’ve got to build up our morale back in this police department. I know we will.”

Johnson said their first priority would be to do “an evaluation from top to bottom of the department” and update the force’s rules and regulations into a single patrol guide.