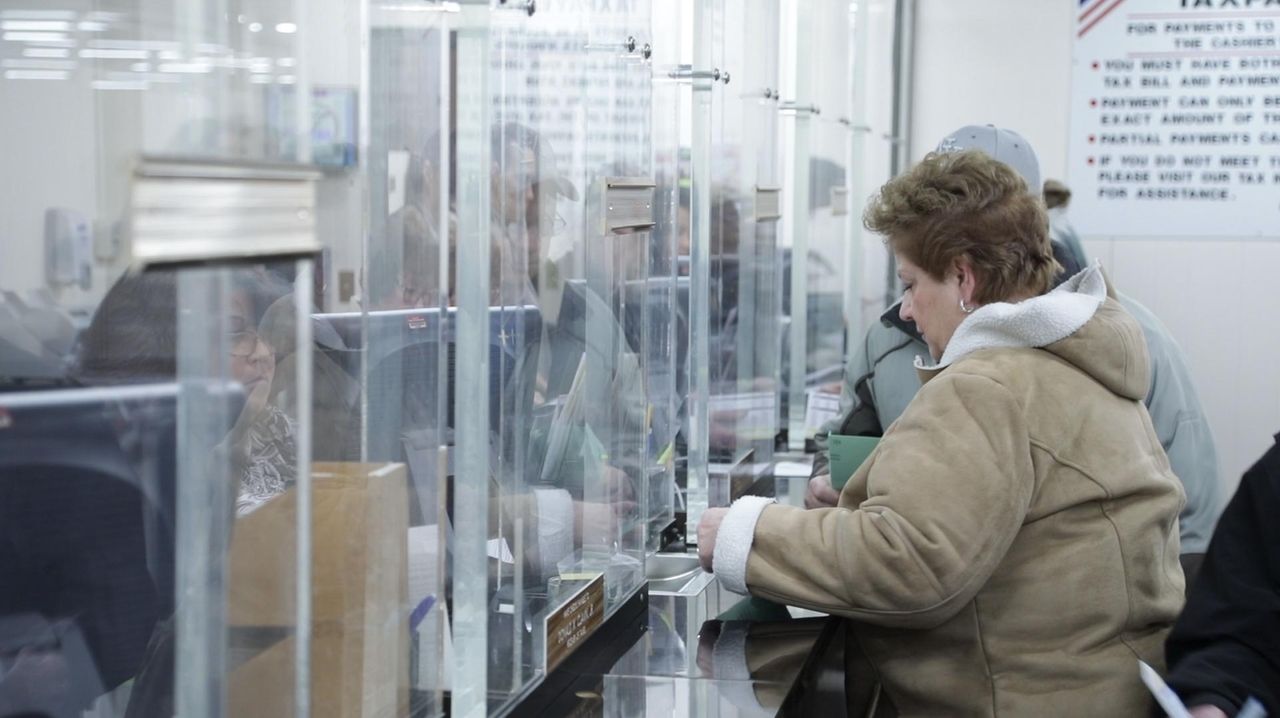 On Monday, Feb. 5, 2018, Sen. Chuck Schumer appealed to the IRS to honor prepayments of 2018 property taxes after thousands of Long Islanders rushed to make the payments at the end of last year in the hopes of getting a deduction on their federal tax returns. Credit: Newsday / Yeong-Ung Yang

Sen. Chuck Schumer appealed Monday to the Internal Revenue Service to honor prepayments of 2018 property taxes after he said more than 138,000 Long Islanders rushed to make the payments at the end of last year in the hopes of getting a deduction on their federal tax returns.

Schumer (D-N.Y.) was joined by a bipartisan slate of local elected officials — Nassau County Executive Laura Curran and Town of Hempstead Supervisor Laura Gillen, both Democrats, and Councilwoman Erin King Sweeney and Town of Hempstead Receiver of Taxes Don Clavin, both Republicans — at a news conference at Clavin’s office in Hempstead.

Schumer also sent a letter to acting IRS Commissioner David Kautter. “Long Island and New York taxpayers are confused about this hastily written tax law and need clarity, consistent with the law, on provisions that may cause them to see a tax hike,” he wrote.

The new federal tax law caps state and local tax deductions, known as SALT, at $10,000. In 2016, average property tax bills were $11,232 in Nassau and $9,333 in Suffolk, according to an analysis by Attom Data Solutions, a California-based company that tracks real estate data.

“No place was probably hurt more than Long Island — in America — when they did that,” Schumer said at the news conference.

Schumer wants the IRS to allow taxpayers to claim their full SALT deductions. “We despise the SALT cap,” he said. “We’re pushing to reverse it in every legislative way that we can.”

The IRS did not reply Monday to a request for comment.

In response to the federal tax code revision, Gov. Andrew M. Cuomo signed an executive order in December allowing prepayment of 2018 taxes across the state, including in municipalities where it wasn’t previously allowed, such as Nassau County.

Property owners across Long Island flooded their tax receivers’ offices in the week between Christmas and New Year’s to prepay their 2017-2018 second-half school taxes and 2018 general taxes, including more than 43,000 taxpayers in Hempstead and 25,000 in Brookhaven. The IRS has said properties that were assessed in 2017 and the taxes on them paid by the end of 2017 probably will be deductible, but anticipated taxes will not — guidelines which Schumer has asked the IRS to rescind because the senator said they are not supported by law.

“We call on the IRS to honor these hardworking men and women here in the Town of Hempstead who scrambled over the holidays through the final week of December to prepay their taxes,” Gillen said. “They dropped what they were doing, braved the cold weather and waited on long lines just to save a little bit of money and keep a little more money in their pockets.”

Prepaying property taxes: What you need to knowLong Islanders are scrambling to tax receivers' offices to beat the clock on a key ...