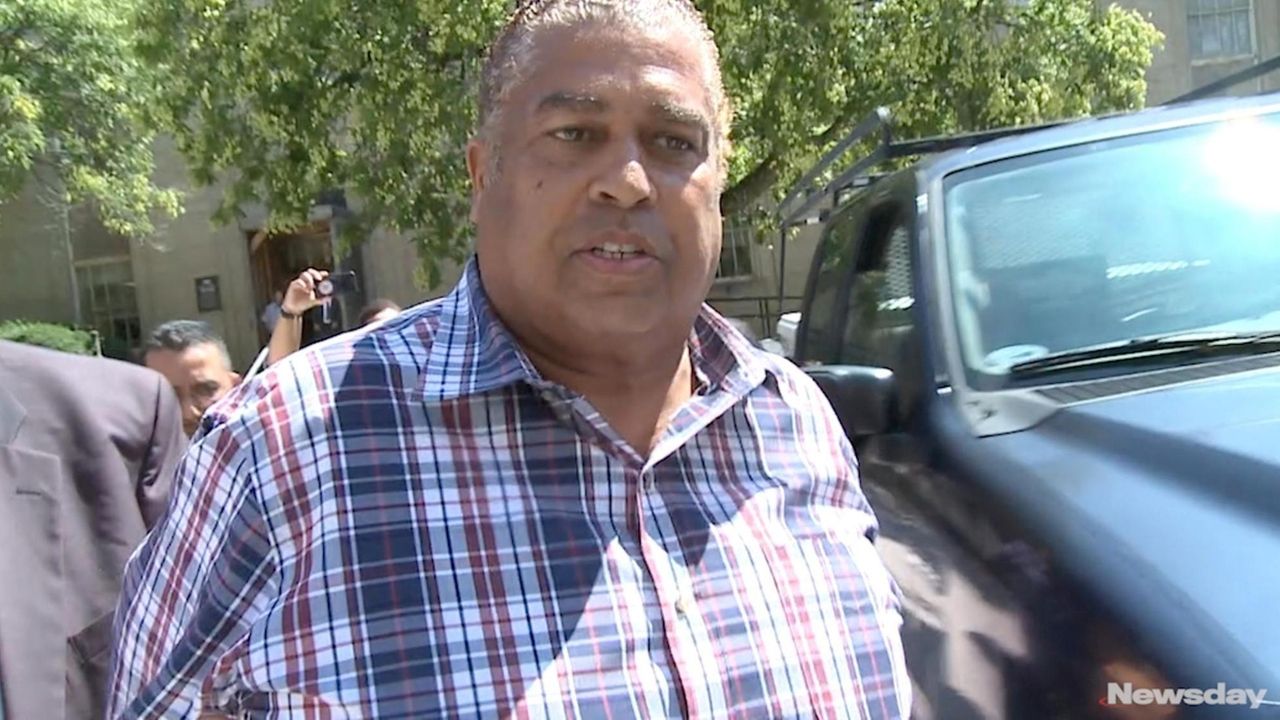 A Hempstead Village trustee pocketed more than $25,000 in bribes by extorting two local Hispanic restaurateurs with the help of a Spanish-speaking bar owner, threatening to drive the victims out of business if they didn’t pay protection money, prosecutors alleged Tuesday.

Pettus, Hempstead’s former deputy mayor who was first elected to the village’s board of trustees in 2002, briefly commented after his arrest as investigators walked him to the courthouse in handcuffs for his arraignment.

“Let the court make the decision. We have a very good court system,” Pettus told news media members, when asked if he denied the allegations.

Prosecutors alleged William Mendez, 47, a businessman they said owns or has a financial interest in four Hempstead bars and restaurants, acted as Pettus’ intermediary in the bribery and extortion scheme by demanding money from the victims and passing it to Pettus.

Mendez, who also pleaded not guilty Tuesday, allegedly got favorable treatment from the village for his businesses as payback from Pettus, according to prosecutors.

They said Pettus fast-tracked certain business permits and licenses for Mendez and used village employees to help him increase the occupancy of his restaurant, El Pacifico, and assist him with architectural plans for a new business.

“These charges read like something out of a movie,” Nassau District Attorney Madeline Singas said at a news conference after the arraignment.

She alleged Pettus “exploited his office for personal gain” by shaking down Hispanic-owned businesses to benefit himself.

“The allegations in this indictment mark yet another example of an elected official on Long Island charged with betraying the trust of those they took an oath to serve,” Singas added.

Prosecutors said victims were threatened with tickets, fines and license revocations that could potentially close their businesses unless they paid tens of thousands of dollars in bribes.

Singas alleged Pettus repeatedly discussed ordering village employees, including in the police department, “to specifically target and ticket certain businesses,” including one across the street from a business Mendez owns.

Pettus also shared police intelligence regarding an MS-13 operative with Mendez, telling him police were aware someone who frequented a business of his was in the gang, according to prosecutors.

The district attorney said she believes the scheme “extends beyond those charged,” and her office’s investigation is ongoing.

“I know people will be curious about what acts Hempstead officials may have taken at the behest of Mr. Pettus, but I cannot discuss that today,” Singas said.

The investigation began earlier this year and the indictment alleges that crimes took place between February and July.

The indictment charges Pettus and Mendez with second-degree bribe receiving, official misconduct, attempted grand larceny in the second and third degrees, and fourth- and fifth-degree conspiracy.

Both defendants face up to 5 to 15 years in prison if convicted of the top charge against them.

“We are aware of this situation and since it is an ongoing investigation have no further comment at this time,” Hempstead Mayor Don Ryan said in a prepared statement Tuesday.

Acting State Supreme Court Justice Patricia Harrington released Pettus on his own recognizance after his Garden City attorney, Scott Druker, said his client had no criminal history, and was a lifelong Hempstead resident and “not a flight risk.”

The judge set Mendez’s bail at $10,000 after his Hempstead attorney, Howard Arber, called him a father of three who had lived in Nassau County for 20 years, had never missed a court date and was “not going anywhere.”

Prosecutors said Mendez also uses two other names and, in asking the judge to remand him to the jail without bail, said federal officials had filed an immigration detainer on him.

Both defense attorneys declined to comment on the case after court.