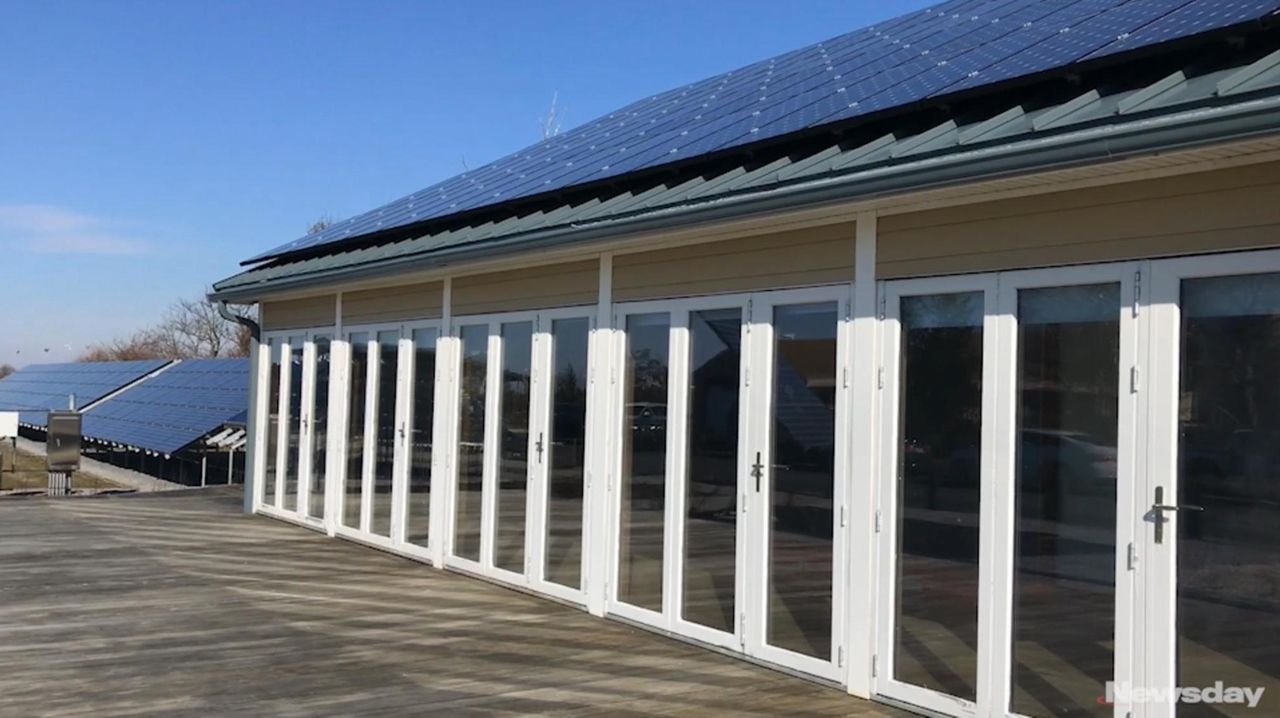 The Town of Hempstead is working to complete its smart house in Point Lookout to make it the first of its kind to be owned by a municipality on Long Island.  Credit: Newsday / Stefanie Dazio; Howard Schnapp

The Town of Hempstead is taking a solar house built in 2007 by New York Institute of Technology students and turning it into Long Island’s first “smart home” to be owned by a municipality.

The town purchased the home in 2008 from the school for $30,000 after students competed in the U.S. Department of Energy Solar Decathlon, an international competition in which full-size, solar-powered houses are designed and built, according to the decathlon’s website.

Since then, the town has been making it into a smart home, replacing some of the 2007 facets with current technology and new sustainable materials.

“It was futuristic then, but now the technology is here,” town conservation biologist Tara Schneider-Moran said.

Officials plan to use the house for office space and as part of energy-efficiency education outreach, and hope it will be a model for other towns on Long Island. They are looking for additional grants and partnerships to finish up the construction and add the latest smart technology.

The house was originally 800 square feet but is now 1,040 square feet after an extension for office space on the second floor. It is now located in the town’s Energy Park in Point Lookout alongside a hydrogen fueling facility and an electric vehicle charging station and overlooks the Reynolds Channel. It includes solar panels that tilt to follow the sun, geothermal wells, bamboo flooring and environmentally friendly appliances and paint. The work has been done by town crews — who have often used leftover and surplus material from other projects — and will continue in the spring or summer when the weather gets warmer.

“It’s been great for the residents and great for the students,” said Councilwoman Erin King Sweeney, who represents Point Lookout.

The town has spent about $6,400 in total in work on the home, including features that will make it Leadership in Energy and Environmental Design, or LEED, certified, officials said. The solar panels and geothermal energy features were funded out of a federal grant that was also used in other energy efficiency projects townwide.

David Schieren, chief executive of the Island Park-based EmPower Solar, was an NYIT graduate student at the Old Westbury campus who participated in the school’s 2005 entry to the solar decathlon. That house now resides at the U.S. Merchant Marine Academy in Kings Point.

Schieren also helped the 2007 students on their house and attended the competition in Washington, D.C., with them.

“It’s a really, really rigorous project,” he said. “It has the feeling of an NCAA Division 1 collegiate competition.”

About 20 core students from various majors — including engineering, architecture and computer science — worked to make the house “clean” so it has “net-zero” energy, he said. The house must generate as much energy as it needs and be able to control it.

“A lot of this competition is to push the envelope,” he said.

Even though the 2007 competition is over, Schieren said the next generation of students can learn from it.

“The powerful thing about this house is that it lives on,” he said.

The Town of Hempstead purchased the home from the New York Institute of Technology in 2008.