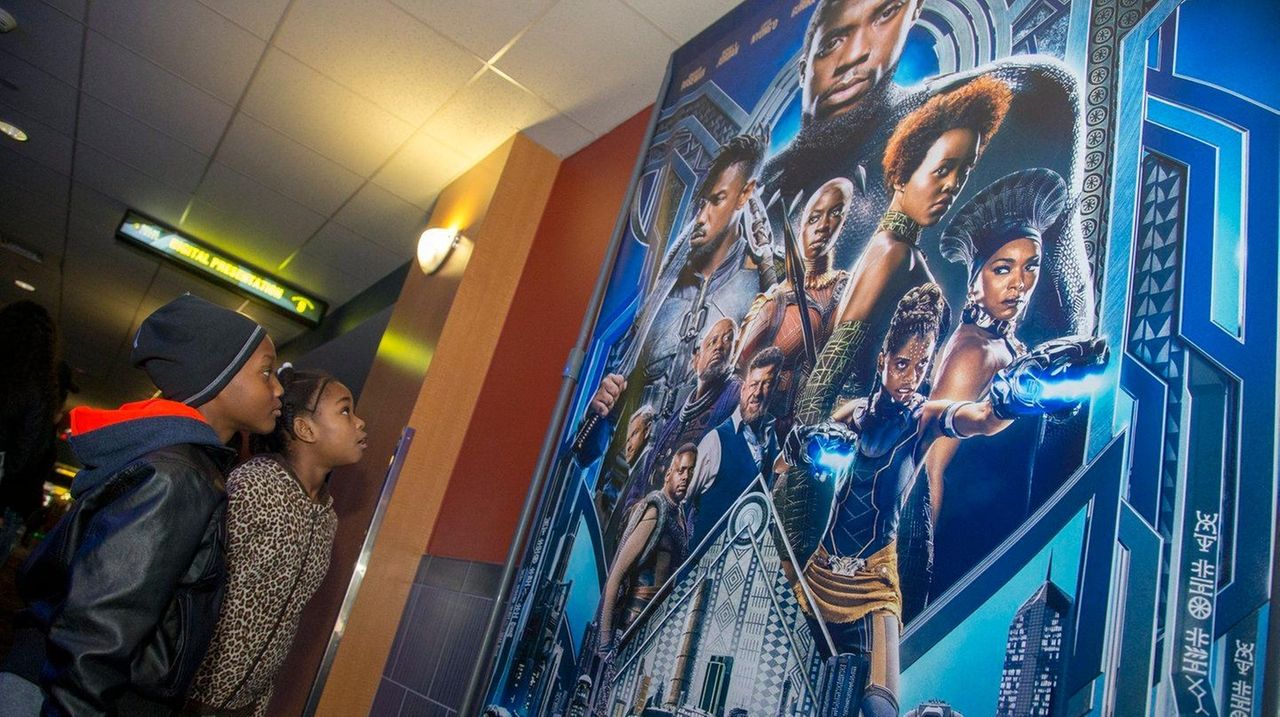 With just a movie ticket and snacks, nearly a hundred Hempstead students were transported to another world for an afternoon.

The students were treated to a showing of Marvel’s “Black Panther” Wednesday, the result of one of several local efforts to join the national #BlackPantherChallenge to get as many kids as possible to see the movie.

The #BlackPantherChallenge went viral after Frederick Joseph, a marketing professional from Astoria, Queens, started a GoFundMe campaign to raise money to send Harlem students to see the movie. Similar fundraisers sprang up around the country, including on Long Island, where Joy Brown, executive director of We Care For Children, set one up.

“I saw the movie previews, and I thought it was good for children of color and women to see superheros that looked like them,” she said. “I really wanted the kids to have this opportunity because a lot of them wouldn’t have otherwise.”

The recently released film follows T’Challa, Black Panther’s real identity, as he assumes his new role as king of the fictional African nation of Wakanda and has to defend his country.

Brown set up a GoFundMe and began to raise money about two weeks ago. Between donations and additional money chipped in by We Care For Children, a Hempstead organization that provides educational support services for children, they were able to get 92 kids and a handful of chaperones to the movies Wednesday, she said.

Students from elementary school to high school were bused from Hempstead to the UA Westbury Stadium 12 Theatre for an 11 a.m. showing. The students burst into applause when the movie ended.

For some students it was their first time hearing about the Black Panther superhero — the Marvel comics character debuted in 1966.

Zhariya McPhaul, 10, said he was her new favorite superhero. She loved the story so much, she said, it made her cry.

“He’s trying to save Wakanda and do what’s best,” Zhariya, a fourth-grader at Academy Charter School, said. “I want to see more movies like this.”

CORRECTION: An earlier version of this story gave the incorrect grade for Zhariya McPhaul.