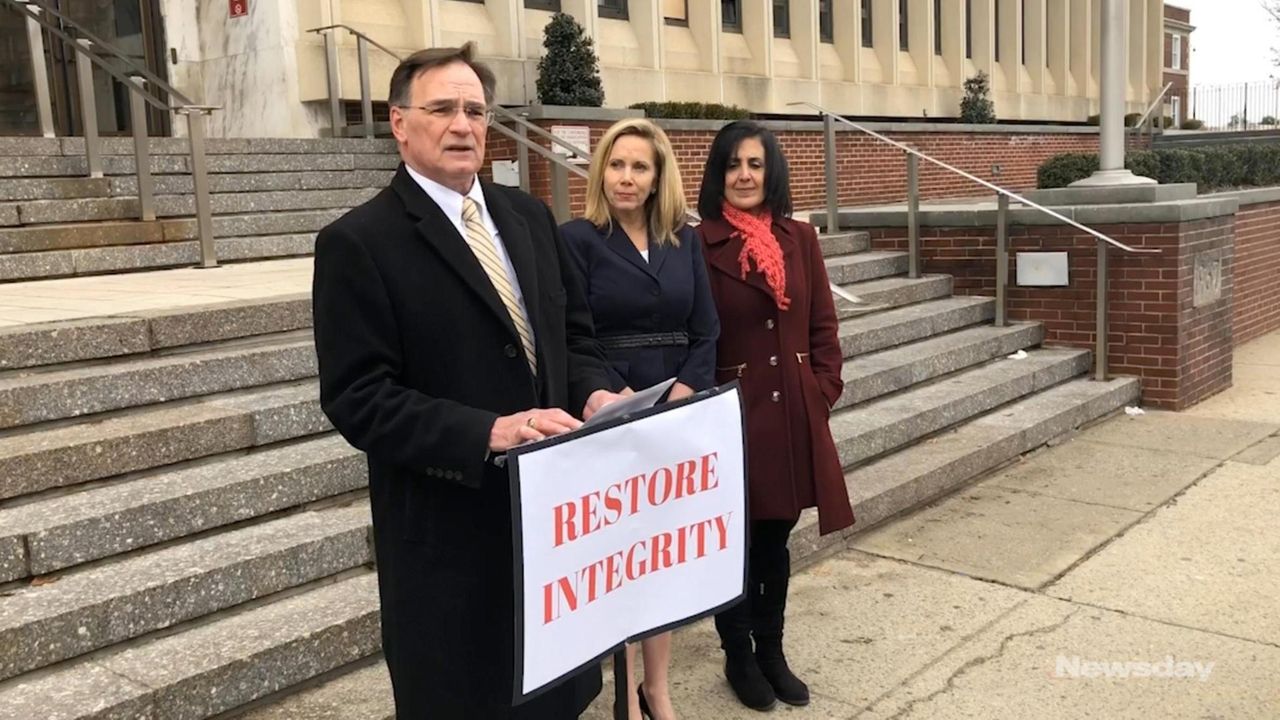 Former Floral Park Mayor Thomas Tweedy, a Republican, announced his bid to run on the Democratic ticket to replace indicted Councilman Ed Ambrosino on the Hempstead Town Board.

Tweedy, 62, said in a Thursday news conference he is running in the town's 2nd District for the seat held by Ambrosino, who is facing a federal indictment on tax evasion and wire fraud charges. Ambrosino has pleaded not guilty and is in the final year of his term.

Nassau County Republican Party leaders said they will not back Ambrosino for the seat in the November election, but have not named a candidate. Tweedy said he does not know who he is running against.

He was encouraged to run on the Democratic ticket after the town board and former Republican supervisor Anthony Santino approved 192 transfers and promotions last year, Tweedy said.

“The Republican town board voted to punch a huge hole in future budgets,” Tweedy said. “The party of Lincoln and Teddy Roosevelt has become a morass of patronage, nepotism and cronyism.”

Tweedy said he would work with Democratic Supervisor Laura Gillen to pass her agenda to restore integrity.

“The 2nd District deserves to be served by someone with honor and integrity and not afraid to challenge status quo,” Gillen said. “Mayor Tweedy is bucking his own party and bucking the Republican machine and ties of cronyism."

Nassau Republican Committee spokesman Mike Deery issued a statement saying Ambrosino would not be a GOP candidate for public office this year.

"At the same time, the Republican Committee is disappointed and shocked that former Republican Mayor Thomas Tweedy would join the tax-hiking Gillen / Curran team in his bid for Hempstead Town Council," Deery wrote, referring to Nassau County Executive Laura Curran, a Democrat.

Tweedy, who also served as a Floral Park village trustee, waged battles over a proposed OTB video casino at Belmont Park and plans to bring the LIRR Third Track through the village.

Neither party has announced a slate of candidates for November. Tweedy will run on a ticket with Gillen along with two challengers for seats held by Councilwoman Erin King Sweeney and Bruce Blakeman. Receiver of Taxes Don Clavin is also up for re-election.

Nassau County Democrats are expected to reveal their nominations at their convention Wednesday.

Nassau County Republicans have not named a challenger for supervisor.

Gillen is seeking her first re-election to a two-year term along with Democratic Town Clerk Sylvia Cabana.