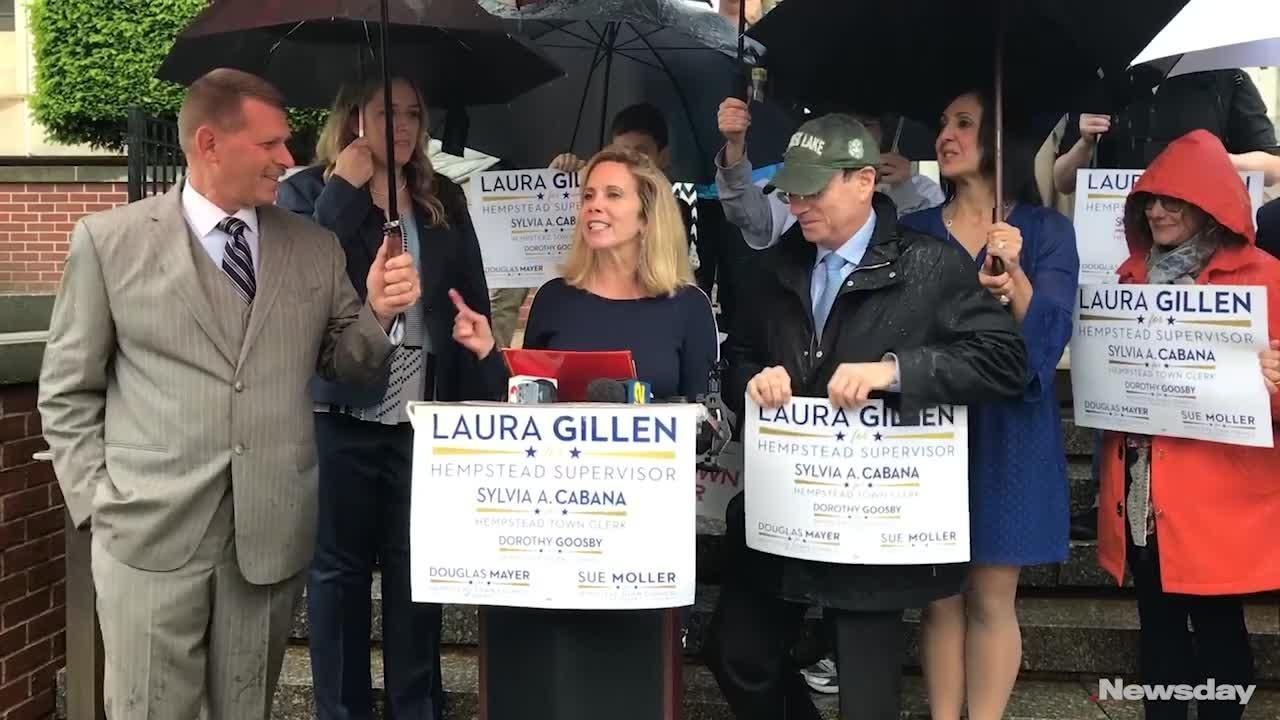 Democrats officially unveiled their slate Monday for Hempstead Town positions, with Uniondale attorney Laura Gillen leading the ticket against the Republicans in the GOP stronghold.

Gillen, candidate for supervisor, announced her fellow candidates: incumbent Dorothy Goosby and newcomers Douglas Mayer and Sue Moller for the town board, and Sylvia Cabana for town clerk. She made her comments during a news conference outside Town Hall in the pouring rain.

Hempstead voters have never elected a Democratic supervisor. Goosby is currently the lone Democrat on the seven-member town board.

Gillen’s speech focused on alleged corruption and highlighted the recent arrest of Councilman Ed Ambrosino on wire fraud and income tax evasion charges and a vote in March by Councilman Anthony D’Esposito on personnel issues that included a pay raise for his mother, a secretary in the town highway department.

Surrounded by about 20 supporters, Gillen said she would introduce an inspector general position to the town — a move recently proposed by Councilman Bruce Blakeman but rejected by the town board.

She also attacked Supervisor Anthony Santino and other Republicans in her speech, saying the GOP has an “institutional contempt” for the public.

“Voters know that Supervisor Santino has slashed town spending, cut the town’s workforce by seven percent and turned a $23.5 million deficit into a $5 million surplus,” Coleman said in a statement. “That’s why his opponent has taken this campaign straight to the gutter. Hempstead taxpayers deserve better.”

Candidates for supervisor, town board set