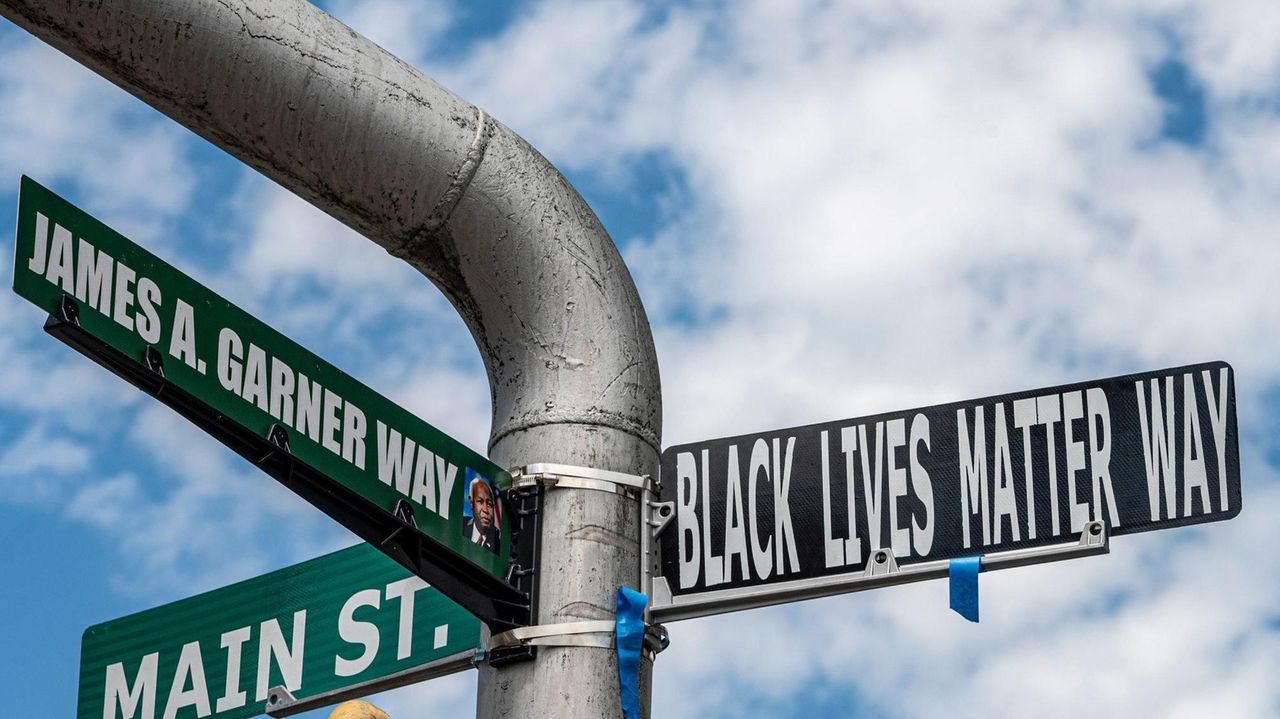 A stretch of Main Street in the Village of Hempstead is now called Black Lives Matter Way, to acknowledge the activism taking place on Long Island and across the country, officials said at the ceremonial renaming on Thursday, June 25.  Credit: Newsday / Raychel Brightman

The Village of Hempstead is adding the ceremonial name "Black Lives Matter Way" to a stretch of Main Street in recognition of ongoing civil rights activism against police violence and racism.

Officials on Thursday unveiled a new street sign at an intersection across from the Nassau County District Court — a location that was no accident, Hempstead Mayor Don Ryan said at a ceremony.

"Our act in dedicating Main Street as Black Lives Matter Way is one that will remind all who travel this road, including law enforcement officials, prosecutors and judges … that black lives do matter," he said.

Hempstead, 94% of whose residents are black or Hispanic, has seen protests as well, but officials noted they all have been peaceful.

A litany of elected officials were on hand to celebrate the street renaming Thursday, including State Sen. Kevin Thomas (D-Levittown) and Assemb. Taylor Darling (D-Hempstead).

"But this civil rights movement has let us know that we still have a lot of work to do," Darling said.

James Garner, Hempstead's first African-American mayor, said when he was younger he was prohibited from drinking at whites-only water fountains or sitting at certain lunch counters.

He praised "this young generation" for leading the current wave of protests.

While embracing the black lives matter movement, the village will stop short of one common reform demanded by protesters nationwide: redirecting funding for the village police department to social services.

"Our chief is ahead of the curve. He's got all of the requirements that the governor wants next year — he's got them in place presently," Ryan said. But "the budget will stand as it was passed."