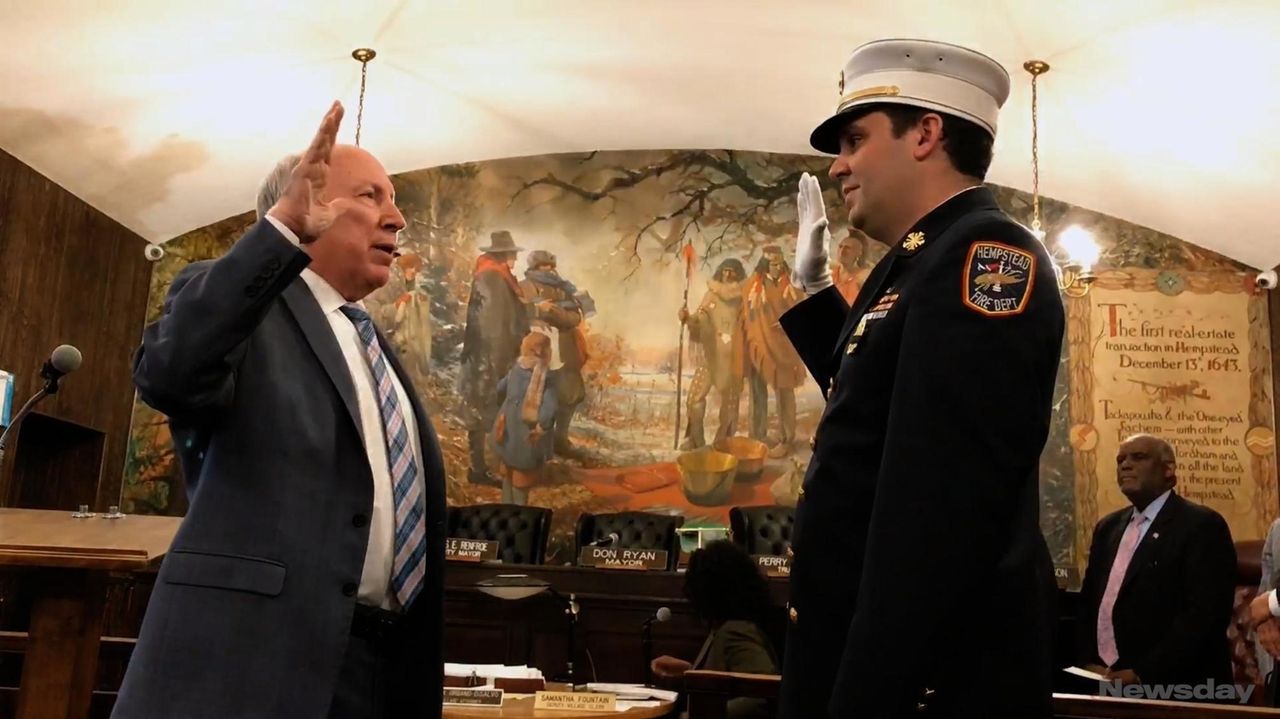 The Hempstead Village board of trustees on Tuesday swore in the new village fire department chiefs.

Sandas said the department responded to 1,607 fire alarm calls between April 21, 2017, and Tuesday, which included 17 fires.