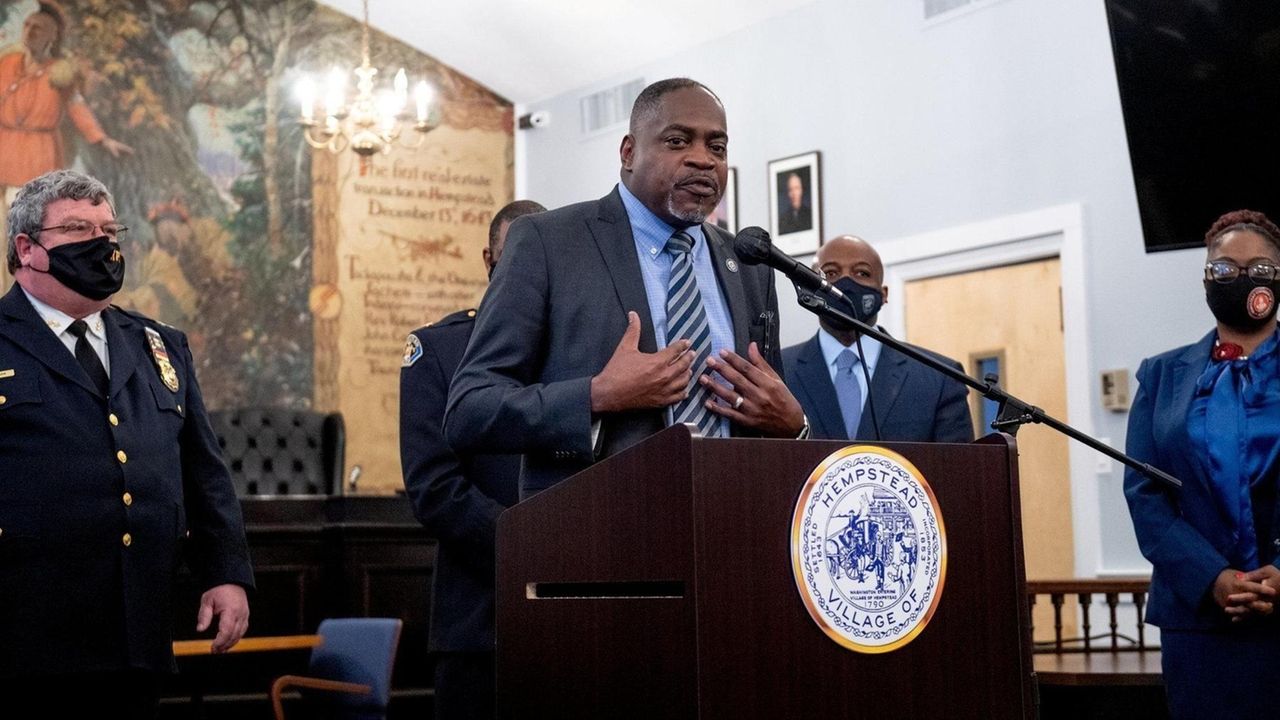 Smart development, working across the aisle, transparency and accountability are what the Hempstead Village mayor-elect says residents can expect under his administration.

Waylyn Hobbs, 58, announced his goals in front of supporters at a news conference at Village Hall on Thursday, a day after his upset victory for mayor was certified.

"I am excited," he said. "This race was a difficult race and sometimes during the race things weren’t that great, but I want you to know that I am the mayor of every resident in the Village of Hempstead — Black, white, Hispanic, it doesn’t make a difference."

A top priority when he takes office will be making sure that residents can tangibly see where their taxpayer money is going, he said.

"We shouldn’t see instances where we have junk and debris piling up," he said. "We should make sure that our sanitation is doing the right thing as far as collection, so again, quality services for what our residents pay."

Hobbs, a Democrat, said working with the local school district to make sure goals of the district and the village align to the benefit of the whole community is also something he wants to work toward. Improving availability of the COVID-19 vaccine and improvements in the downtown area are also on his list.

Hobbs thanked residents for their votes and said he was excited that they chose him as well as his running mates to move Hempstead "in the right direction."

Those running mates joined him at the news conference: Kevin Boone and Clariona Griffith, who were elected trustees, and Brianna Vaughan, who was elected village justice. They will be sworn in April 5.

Hobbs beat incumbent Mayor Don Ryan, a Republican, by prevailing 2,012 to 1,325. Vote counts from the March 16 election went into the early hours of the next morning.

On election night, repeated objections to the opening of absentee ballots became tense and police had to be called, town officials said. Counting resumed later Wednesday with bipartisan counters. The votes were then certified at a special village board meeting.

A message left Thursday for Nassau County Board of Elections Commissioner James P. Scheuerman to inquire about a potential investigation into the claims was not returned.

Hobbs said he is ready to focus on the future and is willing to sit down with his former opponents.

"You have to have a united community," he said. "It can’t be about parties, it has to be about people."