Det. Steven Wilson Jr., seen on Aug. 10, 2017, speaks about alleged discriminatory practices in the Hempstead Village Police Department that he believes prevent him from being promoted. Credit: Danielle Finkelstein

A Hempstead Village police detective has filed a complaint with the U.S. Equal Employment Opportunity Commission and the state’s Division of Human Rights, alleging that racism and discrimination within the department and village government keep him and other black officers from being promoted.

Det. Steven Wilson Jr. filed a “charge of discrimination” with the federal agency and state division on Saturday, according to a copy of the document his lawyer, Eric Sanders, provided to Newsday.

Wilson and another black officer, Raquel Spry-Dacres, took a Civil Service test in 2013 in the hopes of being promoted to sergeant. Their scores — which were not initially among the top two but moved up over the years — were scheduled to expire in 2016 but were extended until November. A new test was issued and the top five scorers were white male officers.

Wilson, the NAACP New York State Conference and the 100 Coalition, a group of local clergy, over the summer accused the village of purposely waiting to promote any officers to sergeant so they could get the “clock to run out” and the white officers would be promoted over Wilson and Spry-Dacres. Wilson has been with the department since 1997. 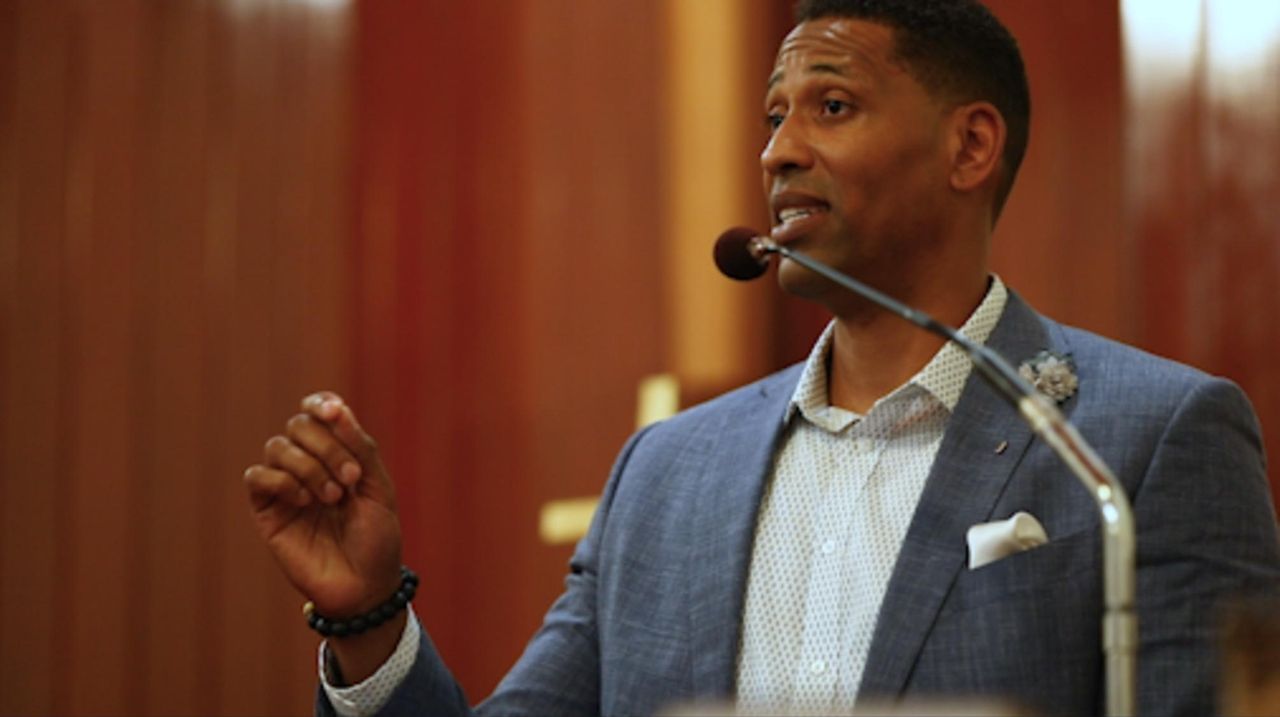 Black Hempstead cops says race at play in promotions Steven Wilson Jr., an African-American VIllage of Hempstead police detective, claims that the Hempstead Police Department is wrongfully preventing him and another African-American officer from obtaining a promotion. On Thursday, August 10, 2017, a town hall meeting was held at the Jackson Memorial AME Zion Church in Hempstead to discuss the issue.  Credit: Newsday / Marcus Villagran

The village has denied the claim, and officials have said there are no openings for a sergeant. Spry-Dacres was promoted to detective, lower than the rank of sergeant, in September after completing 18 months in an investigative unit.

The state Division of Human Rights must now determine if probable cause exists that the complainant suffered unlawful discrimination, according to the division’s website. If probable cause is found, an administrative hearing would be held.

In recent years, the village has been the subject of two lawsuits alleging racial discrimination within the police department and a noose was found hanging in the department’s men’s locker room 10 years ago. The department now has 60 minority officers among its nearly 130 cops and nine of the 20 supervisors below the rank of chief are minorities, officials have said. Eight of those supervisors were promoted during Chief Michael McGowan’s tenure, he has said. According to 2010 census figures, 48.3 percent of the village’s population is black and 44.2 percent is Hispanic or Latino.

Wilson’s complaint states that the police force’s supervisory positions do not reflect the village’s population and officials have “intentionally” used race as an “impermissible factor in the promotion process.”

“At this juncture, no complaints allegedly filed by Det. Wilson have been received,” according to statement from the village. “Nevertheless, as standard policy we do not comment on pending litigation or personnel matters involving village employees.”