The scene on May 16, 2017, when Taracker McClendon was found fatally stabbed in her Hempstead home. Her nephew Kevin Pratt is charged in her slaying and is named in a wrongful death lawsuit. Credit: Composite photo: Howard Schnapp / NCPD

Hempstead Village Police Department's failure to respond to multiple 911 calls contributed to the wrongful death of a woman at the hands of her nephew, against whom she had an order of protection, according to a lawsuit.

Taracker McClendon, 59, of Hempstead, was found stabbed to death in her Harvard Street home on May 16, 2017, after four 911 calls to Hempstead police from the residence, and another 911 call from McClendon's niece in the Bronx, according to the suit, filed Aug. 13 in Nassau County Supreme Court.

If the police had responded sooner, "Pratt would not have been able to kill Taracker [McClendon] as these defendants would have arrested him" because he had violated the order of protection, the lawsuit states. 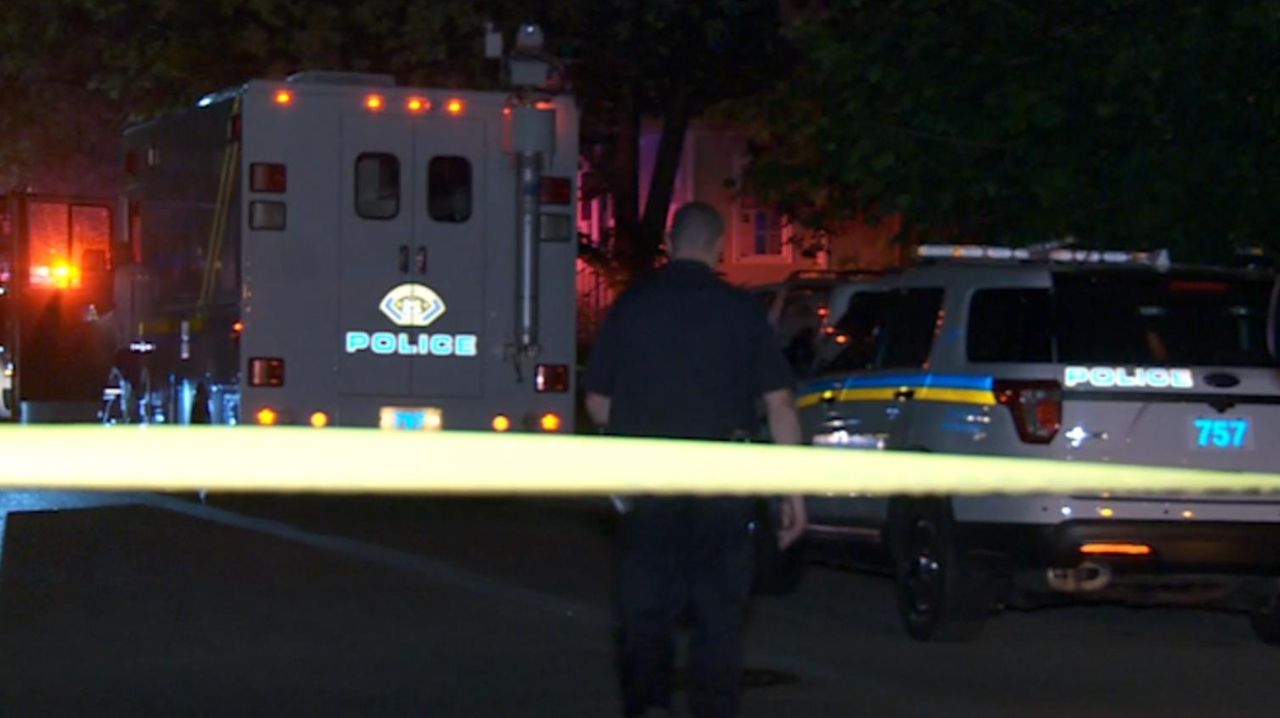 "Unfortunately, police employees could not be bothered to respond to the numerous calls, and that failure to act when a duty existed requiring them to act, resulted in Taracker’s brutal and painful death in her own home," said Anthony Grandinette, Porter's Mineola attorney, in a statement.

Porter is seeking a jury trial, damages of $15 million and attorneys fees, according to the suit.

A village spokesman declined to comment, citing the pending litigation. Police Chief Paul Johnson did not immediately respond to a request for comment.

Pratt is charged with murder, criminal contempt and aggravated criminal contempt. He is being held in jail without bail and is due back in court on Sept. 12, according to online court records. Those records indicate that Pratt is being represented by the Legal Aid Society, but a representative said their records do not list him as a client.

Porter, who is Pratt's sister and McClendon's niece, filed the lawsuit on behalf of the estate of McClendon and her husband, Johnny McClendon, who died of cardiac arrest in August 2017. Porter and Pratt were treated as the McClendons' children, although they were never formally adopted, the lawsuit states.

McClendon and her aunt Alma Love, who also lived in the Harvard Street home, had orders of protection against Pratt after 2016 domestic incidents, according to the suit.

McClendon's order of protection prohibited Pratt from contact with her and going within 100 yards of her, according to a copy of the order included in the lawsuit.

Two minutes later, he called 911 again and said there was an "emergency" at the Harvard Street home, giving the operator his name and address and asking if an officer could respond because there's "a woman that wants to put me out and I live here," according to the suit. The operator responded, "OK, we'll get someone over there," the suit says.

The operator then issued a request for a police response to the home "for a disturbance," according to the lawsuit.

McClendon called 911 two minutes after Pratt's second call, saying she believed her nephew was on drugs. The operator said officers were en route, the lawsuit states.

Porter and McClendon were later video-chatting through their cellphones, and McClendon told her niece that Pratt had been harassing her. Porter saw Pratt standing in the kitchen and harassing his aunt for food and money, according to the lawsuit.

They again video-chatted later and Porter saw Pratt grab the landline telephone and hit McClendon with it. McClendon said her finger had been broken and Pratt would go to jail, the lawsuit states. The video chat disconnected and Porter could not reach her aunt again.

Porter called 911 around 9:36 p.m. and was connected to an officer. She was concerned that McClendon — whom she said was old, had a heart condition and could not walk — could not defend herself against Pratt and asked that officers be sent there immediately. She said no one at the Harvard Street home was answering their phones anymore.

The officer told Porter that police were aware of the previous 911 calls that night. The lawsuit states that the officer said McClendon was not "old" and that there were no available police cars to go to the home and they would send one when it was possible.

The police department later received a 911 call from Love, who was screaming that McClendon was lying facedown in a pool of blood. They responded five minutes after that call, the lawsuit states. The suit did not specify the time of Love's call.

McClendon was pronounced dead at the scene.