The Hempstead Village Board has decided against terminating Police Officer Randy Stith, who was arrested last month on charges he stole thousands of dollars from the fire department and falsified a document to become a police officer, the village police chief said.

Chief Michael McGowan, who recommended terminating Stith, said the board of trustees met Monday to determine Stith’s continued role with the village. Mayor Don Ryan would say only that Stith is on administrative leave.

McGowan said Tuesday that he recommended to the board “probationary officer Stith be terminated.” He recused himself from the meeting because he might be a witness for the prosecution, McGowan said. 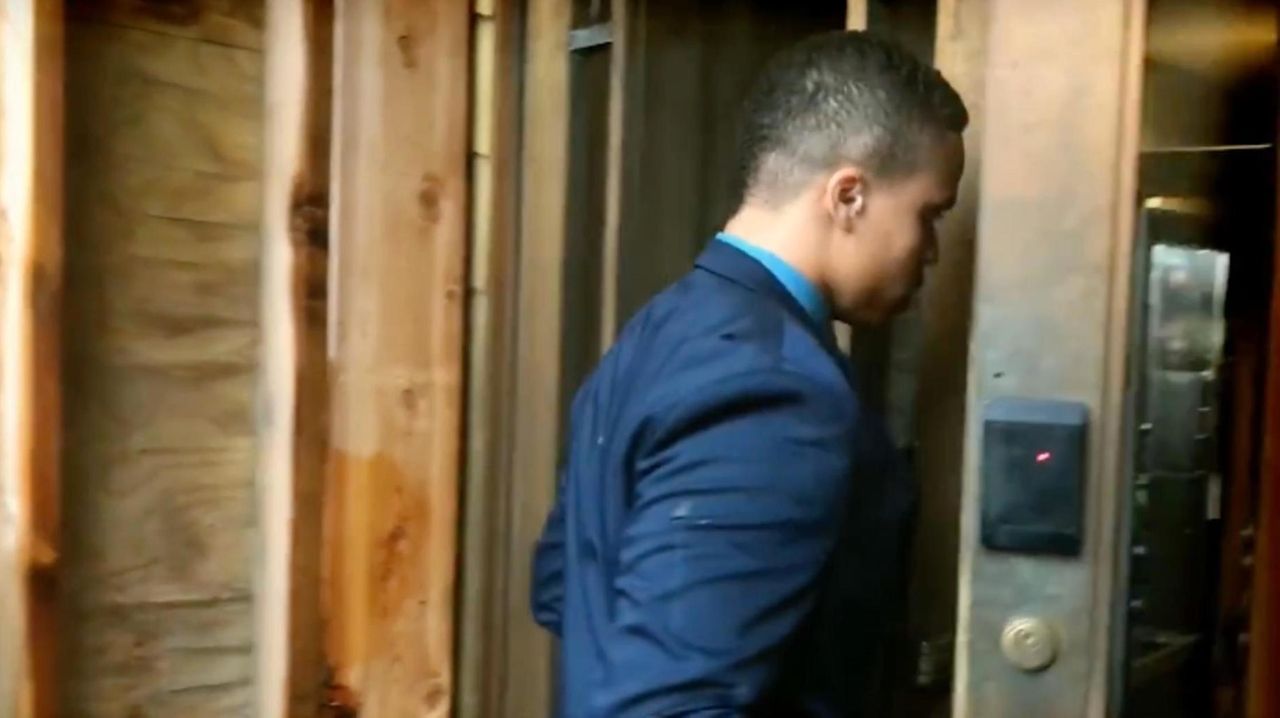 Joseph Conway, Stith’s attorney, said in a statement Tuesday, “Mr. Stith is pleased that the board has decided to uphold our long standing constitutional right to due process and the presumption of innocence.”

Hempstead Village Mayor Don Ryan confirmed Tuesday in a statement that the board had voted to keep Stith on paid administrative leave, which he has been on since his arrest.

Ryan declined to address specifics of the board’s vote — he had said previously he would recuse himself because he has referred to Stith as his “godson” — and if the public was given proper notice of the meeting.

Stith was also arrested in 2010 when he was 19 years old and served five days in jail after pleading guilty to a noncriminal harassment violation, according to court records.

Last month, prosecutors alleged in a 13-count indictment announced April 25 that Stith, 27, had falsified a document to become a police officer and stole more than $6,500 from the fire department’s Southside Hose 2, when he was treasurer, between2015 and 2018. He was sworn in as a Hempstead Village police officer in June 2017.

Editorial: Hempstead board member should resign

Prosecutors alleged the Nassau County Civil Service Commission initially denied Stith’s application to be a police officer in February 2015 — “on grounds unrelated to this investigation” — but reconsidered him after he filed a forged recommendation letter in April 2015 “purporting to be signed by another member” of his fire company.

Stith, a Hempstead School Board member, has pleaded not guilty.

McGowan also said Tuesday that he, Assistant Chief Joseph Sortino and Deputy Chief Mark Matthews submitted their retirement papers to the village and state on Monday.

“I’m not retiring because of the decision of the board” about Stith, McGowan said, noting he’s spent about 40 years at the department. “It’s time for me to spend more time with my family.”

The board had already decided against renewing the contracts of Sortino and Matthews, who hold the Civil Service rank of lieutenant, and planned to interview replacements for the positions. If they had not retired, they would return to lieutenants after their contracts expire on May 31.

“A transition team will soon begin interviewing candidates,” Ryan said in a statement issued Tuesday. “However, since the Chief of Police is a Civil Service position, no permanent Chief’s position will be appointed until after the results of the Police Chief test are available.”

In a statement released Tuesday by Hempstead PBA president Chistopher Giardino, the union said it “looks forward to working with whoever is appointed in the coming month and hopes to develop a strong relationship with the new administration.”

The three chief openings will have ripple effects through the rest of the department because three lieutenants will now be promoted, potentially leaving room for additional promotions to backfill their spots and others.

The department has faced allegations of racism by Det. Steven Wilson Jr., who filed a state and federal complaint in February alleging he and another black officer, Raquel Spry-Dacres, were passed over for promotion to sergeant.

DA: Hempstead cop stole $6,500, falsified docA prosecutor alleged that the county Civil Service Commission initially denied Randy Stith's application to be a cop but reconsidered him after he filed a forged recommendation letter.