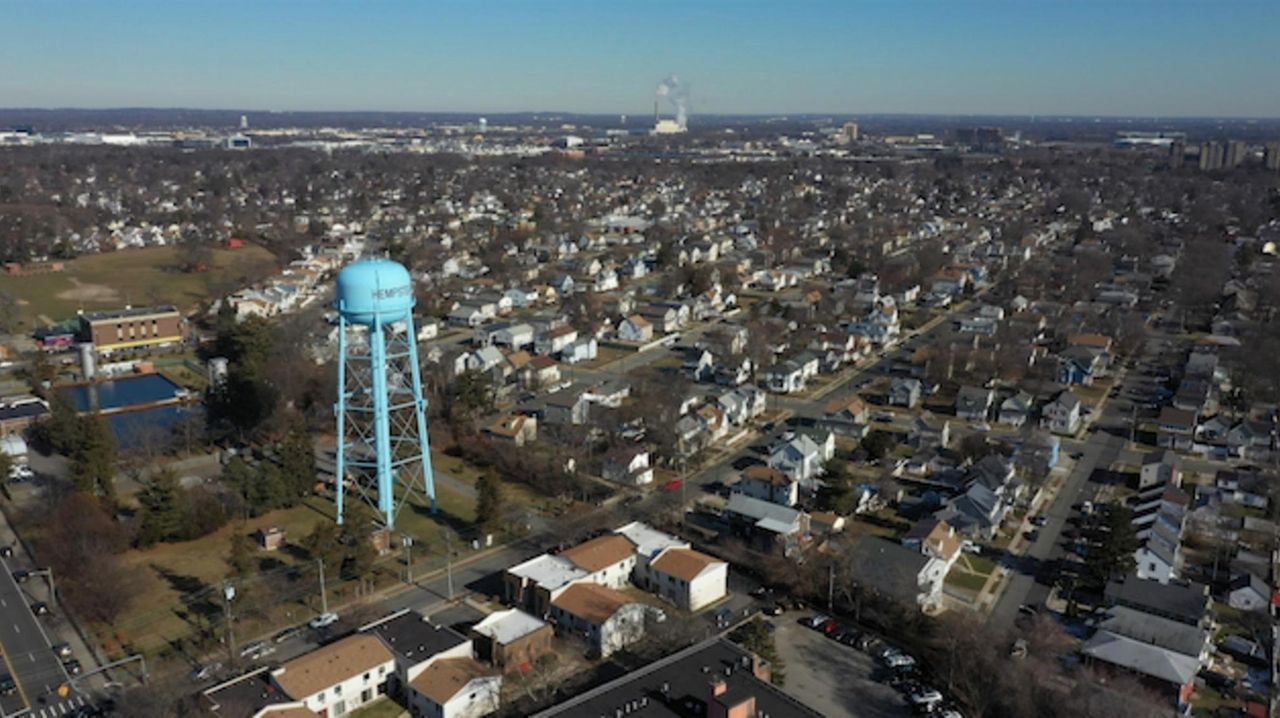 Newsday's Town of Hempstead reporter Jesse Coburn on Jan. 28 explained why Hempstead Village has little to show after more than a decade spent trying to revitalize its downtown. Credit: Newsday / Yeong-Ung Yang

The Village of Hempstead has spent more than a decade trying to revitalize its downtown, courting developers who envisioned thousands of new apartments and billions of dollars in new investment.

The village has little to show for its efforts.

Few builders have taken advantage of zoning adopted to allow for denser, mixed-use development. Two of three companies the village selected to lead redevelopment efforts are skirmishing in court. And more than a dozen municipal parking lots the village gave those companies to build on — a source of perpetual controversy in the community of 55,000 residents — remain unchanged.

“Nothing is being done,” said former Mayor Wayne Hall, whose full-throated support of downtown redevelopment, he acknowledged, may have hurt him in his failed 2017 reelection bid. “It’s nuts.”

Once a center of commerce in Nassau County that hosted a Sears, F.W. Woolworth and other bustling department stores, Hempstead’s downtown has declined in recent decades, observers say, as malls and thriving downtowns elsewhere have siphoned shoppers. Now, its Long Island Rail Road station is ringed by wind-swept parking lots, single-story buildings and vacant storefronts that some in Hempstead see as a waste of downtown real estate.

The village could be much more, development advocates say, citing its central location, variety of small businesses and large bus and train stations. A thicket of apartment buildings with retail on the ground floor would be a natural fit in the setting, Hall and others said, and could boost village tax revenue by millions of dollars annually while providing needed affordable housing.

"It is a very special, unique place on Long Island," said Sean McLean, a partner at Renaissance Downtowns, which has led efforts to redevelop the village. "The future of Nassau County needs the Village of Hempstead to step up."

But obstacles abound. There's the legal fight between two companies in the master development group. Then, there is the vocal contingent of community members who say the village already has too much housing and that adding more will overburden infrastructure and price out existing residents. Some, including Mayor Don Ryan, are skeptical about granting tax breaks to new multifamily apartment buildings, but developers say without them such projects are not possible.

"There is a difference of opinion," Ryan said in an interview, of community sentiment about tax breaks. "The efforts to redevelop the downtown kind of remain a bit in flux."

Some advances have been made, however modest. Construction is underway at one of the 14 parking lots, where the headquarters of a bus company is nearly complete. Mixed-use projects are in the planning stages for other downtown sites. And, recently, village officials said they've explored seeking to reacquire the remaining parking lots should they not see signs of progress from Hempstead's master developer, a group of companies comprised of Renaissance Downtowns, UrbanAmerica and RXR Realty.

“It has all the ingredients to succeed,” Eric Alexander said of Hempstead. He is the director of Vision Long Island, a nonprofit planning group. “It just needs unity among local residents and business owners in alignment with their local village. They’re close.”

Efforts to revitalize downtown Hempstead date to at least 2007, when the village considered a $2 billion proposal from Manhattan-based UrbanAmerica to build 2,500 housing units and 600,000 square feet of retail. Hall ultimately nixed that plan, citing its preponderance of condominiums, Newsday reported at the time.

In 2012, the village board adopted overlay zoning for downtown Hempstead to allow for denser, mixed-use development. Three years later, the village transferred ownership of the parking lots to the master developer, who in turn was ultimately to pay the village $8 million, Newsday reported at the time.

But the redevelopment plans faced swift pushback from some residents and village officials, not least from Ryan, whose opposition to tax breaks for residential projects was central to his successful campaign to unseat Hall in 2017.

“I was opposed to PILOTs for new apartment buildings,” Ryan said. PILOTs, or payments in lieu of taxes, are a property tax break that industrial development agencies can grant to developers. “It has to be linked, in my opinion, to significant job creation,” the mayor added. Ryan said he is not opposed to development but would rather see commerce and light industry than new housing added downtown.

“We need a face-lift, we know that,” said Reginal Lucas, president of the Duncan Estates Civic Association in Hempstead. But “the thing that scares residents like me, a homeowner, are the rebates,” he said of tax breaks. “We can’t afford no higher taxes than what we’re paying.”

“Where else in Nassau County can you say, ‘I can build a five-story, 200-unit building as of right with a 90-day site plan approval.’ That should open the doors toward significant development,” McLean said. An as-of-right development is one that complies with zoning codes and does not require variances. But “nobody has purchased property or attempted to develop other than us in the village because of the complexities of getting through this issue,” he said of receiving PILOTs.

The question of whether the property tax breaks actually benefit the community has also divided the village board.

“The mayor is stuck on the PILOT issue,” said trustee Jeffery Daniels. “It hurts the people in the Village of Hempstead. It’s holding them back.”

RXR's September 2018 lawsuit has also slowed redevelopment. RXR alleged Renaissance spent “significant sums” without its consent on a “misguided political strategy” in the village's 2017 mayoral race that involved "backing the losing candidate and denigrating the candidate who won," a legal complaint reads. Renaissance shot back in another legal filing that RXR “rode the coattails” of Renaissance “with little to no work required on its part.” Both parties requested millions of dollars in damages. The litigation is ongoing.

Amid these disputes, downtown Hempstead has seen little new construction in recent years. Aside from the lone parking lot being developed, village attorney Cherice Vanderhall said she was aware of only one other project that has taken advantage of the more permissive zoning regulations in the rest of the downtown overlay zoning district.

Developers still express interest, however. Vanderhall said the village planning board recently extended site plan approvals for proposed mixed-use buildings on Main Street — for 228 units and 96 units — at least one of which is on an old municipal parking lot.

What happens to the remaining lots is unclear.

Vanderhall said the master developer is $1.5 million behind in payments owed to the village for the land, which McLean said Renaissance disputes.

Ryan said at a January board meeting that, “The issue of getting the parking lots back is still alive."

Trustee LaMont Johnson said in an interview he’d like to see that happen.

“We need to fight to get them back,” he said, adding that by giving the municipal parcels to the developers, “the prior administration basically handed over the keys to the village."

How these conflicting interests and visions ultimately shape downtown Hempstead should be determined by residents, Alexander, of Vision Long Island, said.

“It’s taken them longer than other places; I acknowledge that and that’s unfortunate,” he said. “But it’s up to them. These folks have to live it, it’s their community, and those changes should be driven by them.”