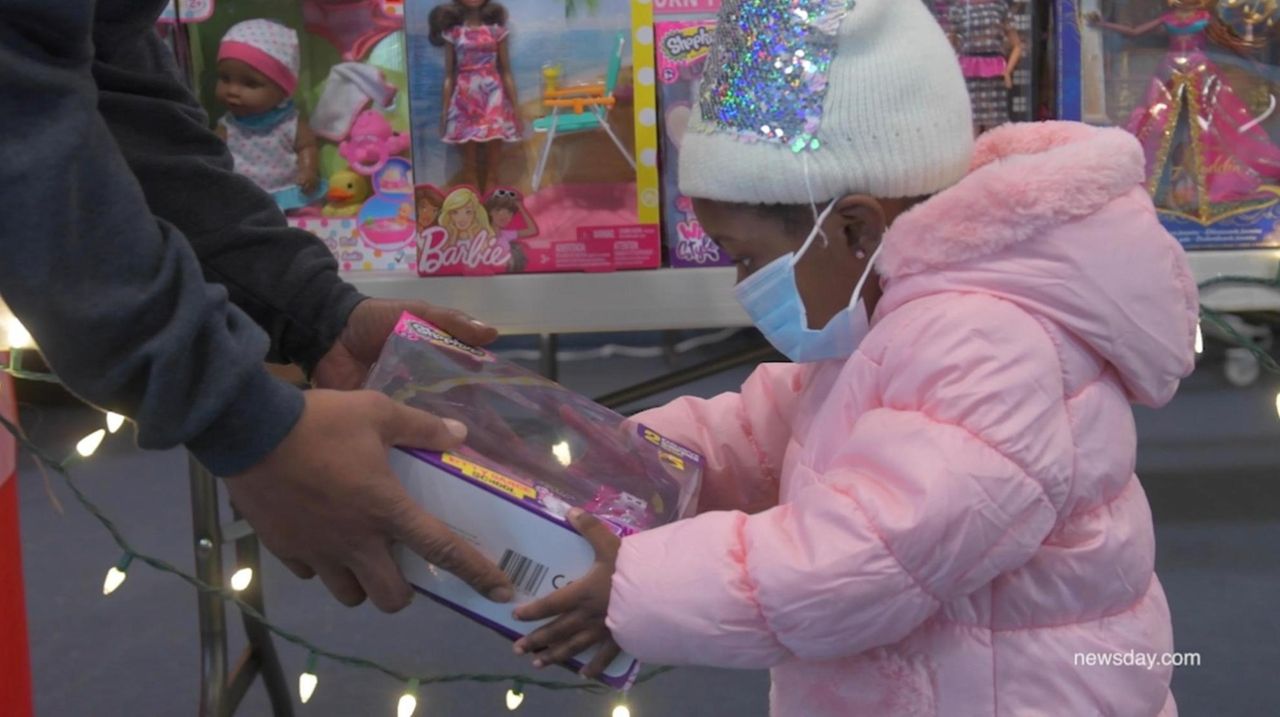 Hempstead officials on Monday hosted their 5th annual toy gun exchange program, a chance for children to turn in toy guns and select something else. Credit: Johnny Milano

Hempstead children Monday traded their water pistols and plastic revolvers for holiday gifts in an exchange program meant to teach youths that toy guns can be mistaken for real ones.

About 100 toy guns were swapped for other less provocative alternatives during the Long Island Toy Gun Exchange Program Monday morning at the village’s Brierley Park.

LaMont Johnson, a village trustee and school board president, said Monday marked the fifth year the event was held in Hempstead. Johnson said it’s important for children to learn at a young age the dangers of real guns.

"We don’t want a police officer to mistake a toy gun for a real gun. … Guns are for adults who are licensed. They are not for little kids."

Officials behind the event cited an increase in New York City shootings as a reason why the toy exchange was important. Hempstead Village police could not immediately be reached Monday night to provide statistics on the number of shootings in Hempstead in 2020 compared with previous years.

Jean Shafiroff, founder of the New York Gun Exchange Program, who was listed in a press statement as the donator of the toys in exchange for toy guns, said because of the pandemic, a toy drive is more important this year than in past holidays.

It’s a good feeling to be able to replace toy guns, which are a "symbol of violence," Shafiroff said, with other toys.

In November, a 12-year-old boy accidentally shot himself in the face in Elwood, Suffolk police said.

The boy was struck in the face after discharging a shotgun, police said. He was treated for injuries that were not considered life threatening. After the shooting, police did not disclose whether the children’s parents or other adults were home. It was also immediately unknown following the incident if the weapon was legally owned or properly secured before the boy shot himself.

Hempstead Mayor Don Ryan said preventing accidental shootings is one reason why the toy gun exchange is a critical event. He said toy guns, even if they look harmless, can be dangerous.

"We know the young people have play guns," Ryan said. "Unfortunately, sometimes, in certain settings, people don’t realize they are play guns. And it can cause just as much chaos, confusion, and … even death. It’s frightening."