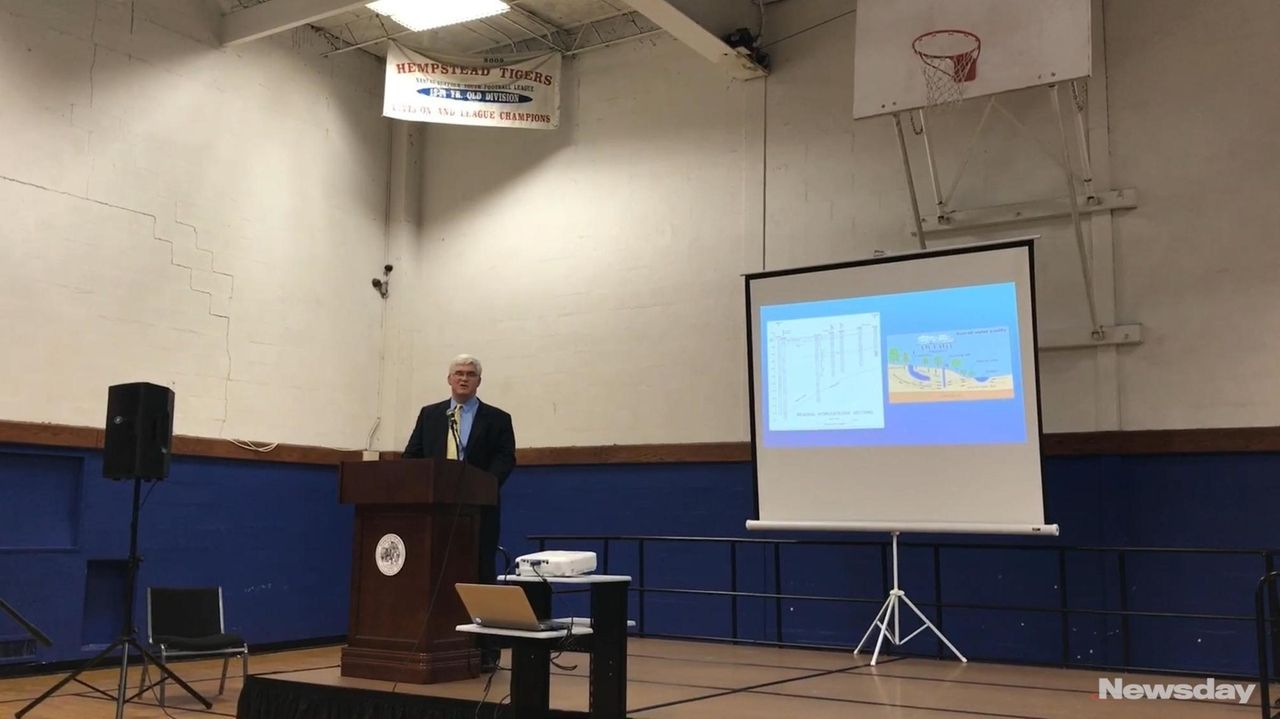 The village has implemented a water conservation alert because the peak summer season could affect water pressure.

Officials emphasized that the village’s water supply is safe, and residents were not exposed to any level of contaminants above state standards.

LI water quality through the years

Hempstead is the fourth Long Island public water agency in the past five years to close a well due to Freon 22, following Glen Cove last year and Roslyn and Jericho in previous years.

Freon 22 is typically found in air conditioners and other cooling equipment. The state Department of Health reports that while health effects on humans who drink water with Freon 22 in it are unclear, studies in laboratory animals indicate that exposure to high levels of airborne Freon 22 can cause nervous system and heart problems.

The cause of Hempstead’s contamination is unknown. Freon 22 was found in one of two wells at the Laurel Avenue plant in early February during regular tests, and the well was closed immediately..

The plant’s other well was shut down as a new pump was anticipated. When it was installed and tested at the end of March, officials again found Freon 22, and it remains closed for public use..

Residents who live near the Laurel Avenue plant could notice lower-than-normal water pressure this summer because the wells are out of service. The village also has a water plant at Clinton Street.

The village wants residents and businesses to undertake voluntary water conservation. Officials are working to install a treatment system for the wells, but it could take until summer 2019 to be finished.

Village officials hope to avoid usage restrictions and enforcement. They said they don’t want to be forced to buy water at a high cost that would go to taxpayers.

“It’ll save you money,” said Bob Holzmacher, a water supply engineer who consults for the village, referring to conservation efforts. “It’ll save the village money, and it’ll really help your neighbors out.”