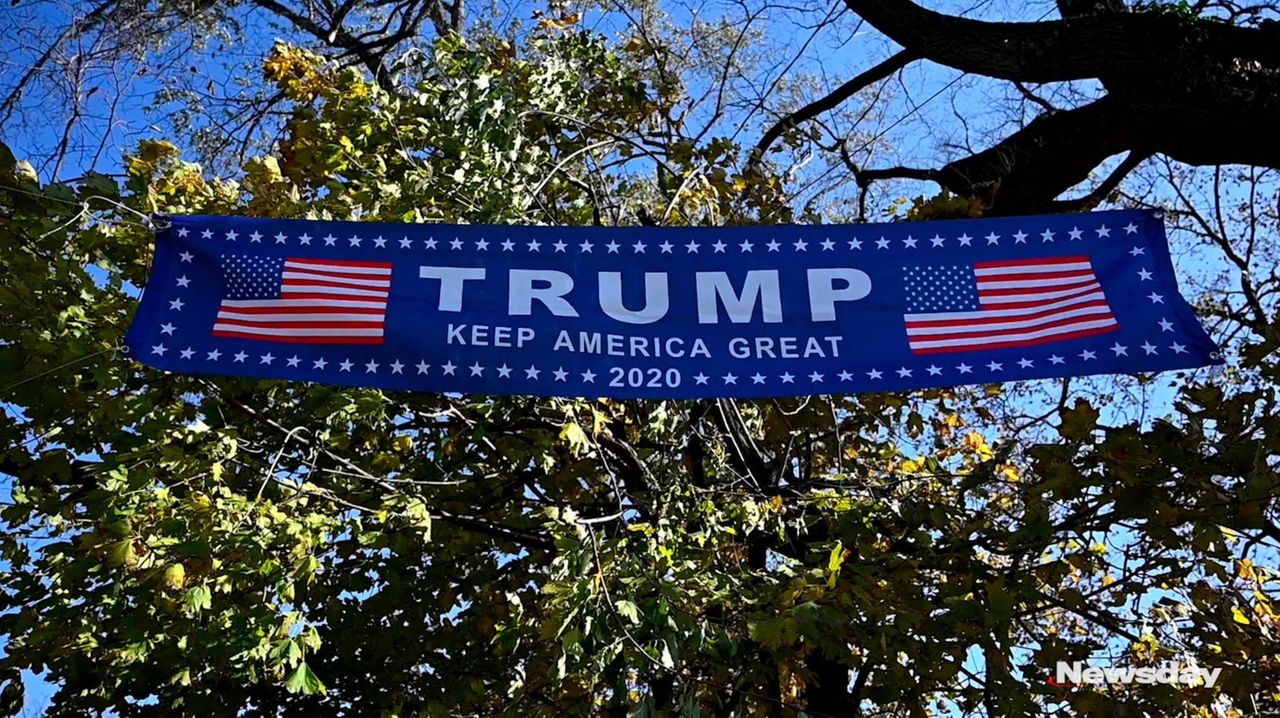 Griffin said a resident photographed workers using a cherry picker with a Hempstead Town seal to hang a Trump banner that said, "Keep America Great 2020," over Hempstead and Cornwell avenues. The banner was still hanging on the county road on Friday morning, but was then removed by county workers because it is illegal to affix a sign to a county traffic signal or on a county road without a permit, officials said.

"We were very troubled about it and the resident was concerned and fearful as well," Griffin said Thursday. "There should be an investigation. If you’re working for the town, you’re on the clock and not permitted to be paid and use town resources for a political agenda."

Hempstead town officials said the workers seen holding the banner below telephone wires are under investigation. Photographs show workers holding the sign between a traffic light and a utility pole.

"Town employees were there solely to repair a streetlight," Hempstead General Services Commissioner Gerald Marino said in a statement. "Any action taken other than streetlight repair was not authorized and is being investigated. Upon completion of the investigation, all appropriate actions will be taken."

It’s unclear when the banner first appeared and if it was hung by town workers.

The resident who reported the banner said he passes by the intersection every day and saw it for the first time on Thursday. But several residents on the street say it may have appeared earlier this week.

Griffin said she has not reached out to Republican Hempstead Supervisor Don Clavin, but said he should answer if town resources were used to hang the banner and he should have the same employees remove it. She said taxpayers pay for town vehicles and worker salaries.

"Local governments are not permitted to be partisan," Griffin said. "These men who work for Hempstead, can advocate for any candidate in their private life, but not on the job. Supervisor Clavin should make it clear they should be held accountable."