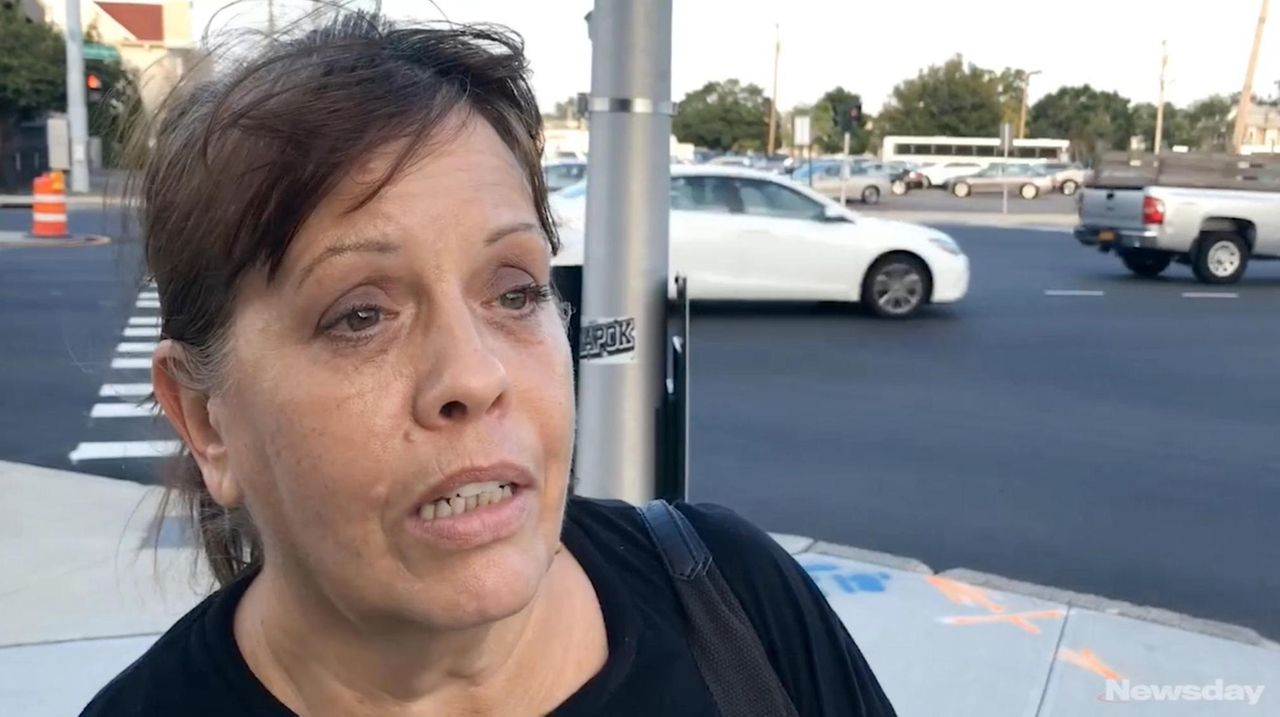 A crosswalk that almost no one uses stretches across four traffic lanes of Broadway at Herzog Place in Hicksville.

Commuters from the nearby Long Island Rail Road station instead cross the busy street at what they say is a more convenient location several dozen feet away to get to their parked cars.

Improving pedestrian road crossings is among a long list of proposed improvements aimed at transforming the area around the LIRR station area into a walkable downtown. Proposals outlined in a March report by a planning committee comprised of local residents, civic leaders and elected officials also include adding 200 residential units next to the station, new stores, more open space and a new station entry drive to the area that's now a network of parking lots, stores, offices and wide streets.

The pedestrian improvements were at the top of commuters' wish list recently.

Warren Passaro, 53, wondered why the Herzog crosswalk traverses Broadway at a spot that requires pedestrians to double back to return to their cars.

“I think it would have been more intelligent for the crosswalk to go here,” Passaro, 53, said while fellow commuters briskly walked across Broadway at the unauthorized, unmarked crossing as they eyed the approaching late-afternoon rush-hour traffic.

Passaro, of Bethpage, said he would welcome proposed tree-lined plazas with kiosks and seating to brighten his “dingy” walk between his car and the station. “I’d maybe wake up earlier to sit and have a coffee,” he said.

Sivon said she and other commuters regularly arrive 20 minutes or more before their train leaves to ensure they can get a reasonably close parking space. Sivon backs the report’s call for new public and private parking garages. The Metropolitan Transportation Authority already is planning a 1,100-space parking structure.

Aaron Sharma, 33, opposes plans for an apartment building next to the station, saying he left Queens for Hicksville five years ago to escape densely populated neighborhoods. But Sharma, who walks about 10 minutes from the station to his home, said he welcomes changes to make the area more pedestrian-friendly.

Ana Alvarenga, 45, who lives on Marie Street just outside the revitalization area, said safer pedestrian crossings are especially needed because "there are a lot of kids on this street" on foot.

“If people were walking around, of course there’d be more business,” she said. “With people driving by so fast, you don’t get any business from the highway.”