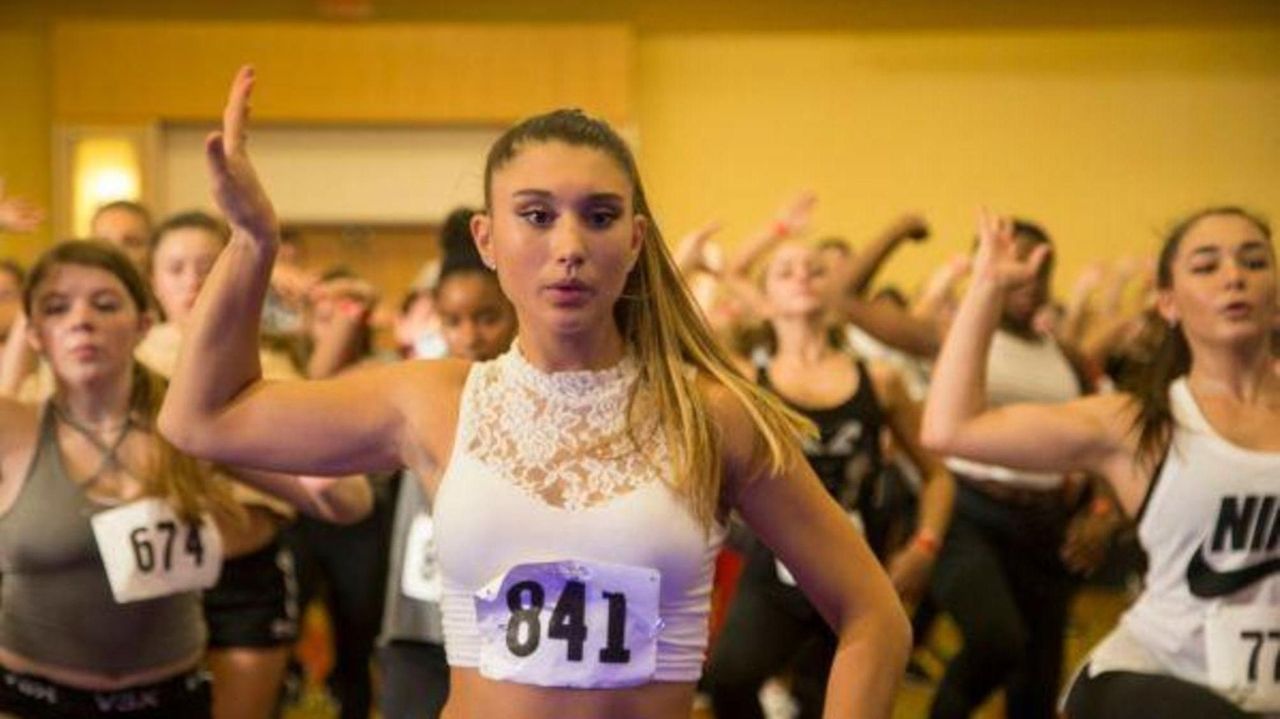 Rhythmic utterances of “one, and two, and three, and four” echoed repeatedly through the hallways at the Long Island Marriott’s Uniondale ballroom Sunday, as more than 300 dancers stretched, rehearsed and competed for spots in a hip-hop performance at this year’s Macy’s Thanksgiving Day Parade.

Of the roughly 320 competitors — some as young as 7 — officials said they selected 61 hip-hop performers to dance in the annual event.

The convention and competition — titled 34th & Phunk — was hosted by Shoreham-based United States Tournament of Dance Inc. The event offered participants, who enrolled for a $150 fee, a workshop with professional dancers and choreographers Willdabeast Adams and Janelle Ginestra.

“We teach them as teachers, but then for the last 30 minutes, we judge them and they’re auditioning to be part of our piece for the Macy’s Thanksgiving Day Parade,” Ginestra said.

For the young dancers, the prospect of being on the world stage was enticing.

“Everybody around the world watches it, so since I made it, I was like, ‘Wow, everybody’s going to watch me all around the world!’ ” Matty said of being selected for the Nov. 23 parade.

The competition was broken into two age groups, with the 12-and-younger group auditioning in the morning and the older group following in the afternoon.

“To find the most talented dancers . . . we decided to implement an audition, knowing that the convention and celebrity choreographers would draw a very high level of talent,” said Sean Flanagan, president and CEO of Tournament of Dance. “To be efficient, they were learning the combination as they were auditioning, so the ones who are selected already know the core choreography.”

The competition drew dancers from as far away as Florida, California, Texas and Arizona, Flanagan said.

Victory was celebrated with hugs, tears and whoops of joy.

“I’m, like, shaking right now, I’m like really excited,” Gabby Cutrone, 11, of Oceanside, said moments after being among the 24 dancers in the 12-and-under group selected to perform in the Manhattan parade.

“She’s a hard worker and she goes after what she wants,” her mother, Jennifer Cutrone, said of Gabby, who has been dancing since she was 2. “She makes me proud.”

Jazmyn Simmons-Durham, 7, of Elizabeth, New Jersey, said she had a scary moment during the tryout: She thought they had called her number at one point, but right after she stepped into the middle of the room, the judges told her to sit down.

“I thought I was going to lose,” she said of the brief uncertainty.

Soon after, her number was called, and her mother, Aneekah Simmons-Durham, 37, shrieked with joy. Jazmyn broke into tears when her mother and father embraced her after the victory.

“She’s been to quite a few auditions in the past year or two, and you get a lot of no’s,” Aneekah Simmons-Durham said. “This is our first yes, so we’re just super proud of her.”