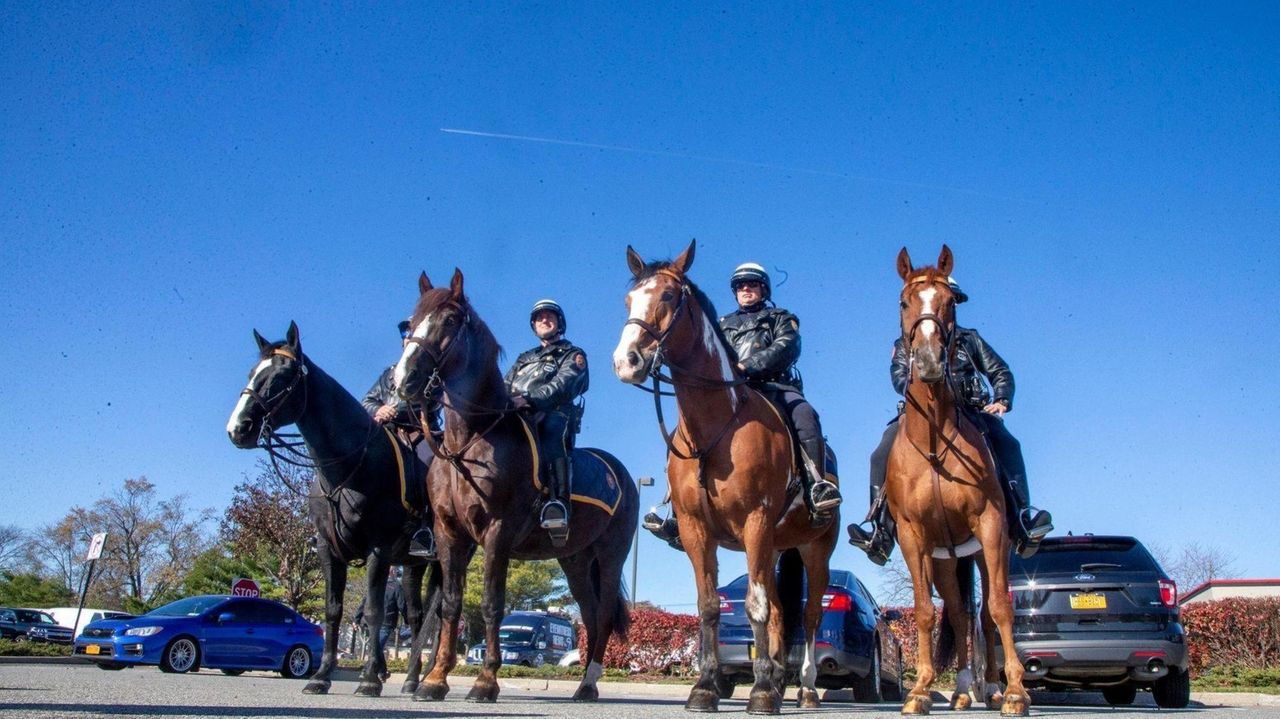 Hoping to reduce the crimes of opportunity at the malls, Nassau County Police on Thursday warned holiday shoppers to not leave packages and pocketbooks visible in their cars. Credit: Howard Schnapp

Thefts during the season typically rise between 5% and 10% compared to the rest of the year, partly because there is so much shopping activity, Lt. Richard LeBrun, a spokesman for the department, said at a news conference at the Broadway Mall in Hicksville.

The department will be dispatching 10 police officers mounted on horses to mall parking lots in the county for the season, along with other uniformed and plainclothes officers who will patrol both inside and outside the malls.

He noted that police officers on horses have visibility from about 13 feet high, as opposed to about 5 feet high when they are walking, or even lower in a patrol car.

Officers, including some in plainclothes, will specifically patrol parking lots, where cars can be broken into, or criminals can simply gain access through car doors left unlocked, police said.

“Even though you may not see them, they are out there and we see [them],” LeBrun said.

He and other officers told shoppers to keep a close eye on their pocketbooks while inside stores and malls and to take steps such as using a blanket to cover presents left in cars so that thieves don’t see potential targets.

Officer Matthew McCartin of the Second Precinct said women should consider using smaller handbags they can carry into the mall, rather than leaving larger ones in their car that will be a target for thieves.

LeBrun said keyless “fobs” left in cars are a major problem, making auto theft fairly easy. He said that 97% of “high-end” vehicles in Nassau County that are stolen have fobs.

”When you see that fob, you have to take it out of the vehicle," he said. “If you leave it in the vehicle, that is basically giving that perpetrator a free ride in your car. And maybe you get that car back and maybe not."