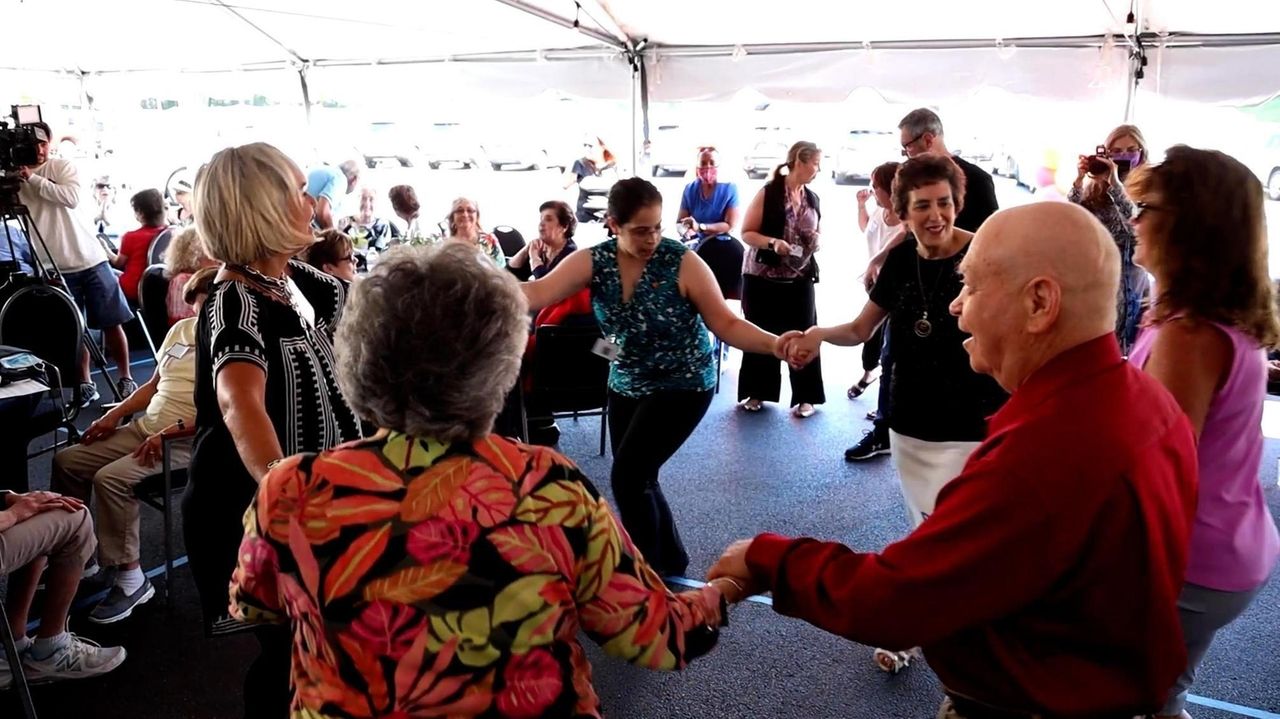 Livia Horovitz came to dance the Hora with other Holocaust survivors Thursday, on a day when the historic bond they shared made them a family.

"I feel they are my relatives, not just friends," Horovitz, 83, of North Bellmore, said of the survivors around her. "Only my mother and two sisters came back from Auschwitz. I lost almost every relative."

Nearly 60 survivors from Long Island and New York City came together at the Mid-Island Y JCC in Plainview for the first Holocaust Survivor Day. The outdoor event featured traditional Hora dancing, ice cream, prayers and survivors celebrating with one another.

As COVID-19 rates have subsided, Rick Lewis, CEO of the Mid-Island JCC, said the event was planned knowing that "we were coming out of 15 months where most of these people were stuck at home, had no place to go and didn’t have family close enough to them."

"For many of them, this is the first day that they’ve been out and together and seen each other and have had the opportunity to meet other people," said Lewis, who is also the chief executive officer of the Suffolk Y JCC in Commack.

Rene Zuroff, of Melville, said she was glad to attend the event to commemorate an experience she usually prefers not to speak about. Zuroff was 2 years old when the Holocaust started.

"The Holocaust survivors are dying out," said Zuroff, a teacher who has taught German and Spanish in schools at North Babylon, Bellmore and New York City. "We had a firsthand experience … and bore witness."

Toni Reichelscheimer came with her three sons and granddaughter. "Not too many like me at 90 and made it," the Commack resident said.

After leaving Germany in December 1938, Reichelscheimer lived in Chile before coming to New York in 1953. She married her husband Kurt in 1955 and moved to the Island in 1974, first in Kings Park.

Reichelscheimer's son Jerry said he is grateful for what the day meant to those who endured so much.

"I find it like, the hardy people who make it through the Holocaust and a pandemic and are still around to see her grandchildren, you cannot have enough thanks in life," said Jerry Reichelscheimer, 53, of Melville.

"To be at an event where you see 60 people who survived the Holocaust, it’s quite amazing."