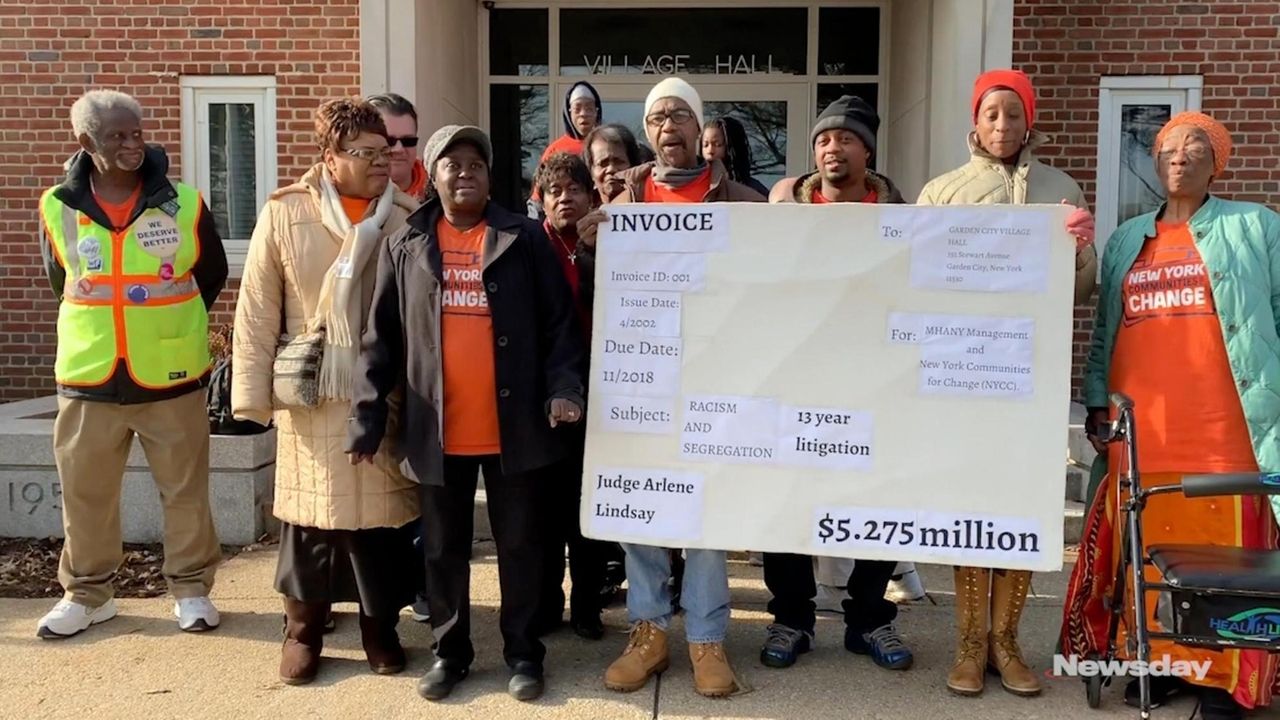 On Thursday, a federal judge ordered the Village of Garden City to pay $5.3 million in attorney fees and other costs related to a yearslong housing discrimination lawsuit. The lawsuit began in 2005 over Garden City’s decision to rezone county-owned land for town houses and single-family homes after residents expressed concerns about affordable housing being built there. Credit: Howard Schnapp

A federal judge has ordered the Village of Garden City to pay $5.3 million in attorney fees and other costs related to a yearslong housing discrimination lawsuit.

The Nov. 27 ruling came more than a decade after the lawsuit began in 2005 over Garden City’s decision to rezone county-owned land for town houses instead of multi-family housing after residents expressed concern about affordable housing being built on the site. The village previously had considered rezoning the land for multifamily housing with up to 311 apartments.

In 2013, a judge found that the village "acted with discriminatory intent" in the rezoning, that residents' opposition to affordable housing in part "reflected race-based animus," and that the rezoning disproportionately impacted minorities and "tended to perpetuate segregation" in Garden City, court records show.

The plaintiffs in the case, the community organizing group New York Communities for Change and the housing nonprofit Mutual Housing Association of New York, both of Brooklyn, praised the most recent ruling.

"Garden City has fought tooth and nail to defend their right to discriminate and segregate and keep their village lily-white. There is a price to be paid for that," Mary Crosson, the Long Island chairwoman of New York Communities for Change, said in a statement Thursday.

“This decision is vindication that our cause is right and just. Garden City should be ashamed and they are paying the price," she said.

Garden City Mayor Brian C. Daughney declined to comment Thursday, say whether the village would appeal the ruling or disclose how much it has already spent fighting the case in court.

The village appealed the original ruling against it, but an appellate judge affirmed that decision in 2016.

The village board voted to adopt a fair housing ordinance that same year.

The plaintiffs are also suing Nassau County, alleging it has steered affordable housing away from predominantly white communities and into predominantly minority communities, said Chava Brandriss, an attorney with the Washington, D.C.-based law firm Hogan Lovells representing the plaintiffs. That suit is ongoing.

Contino declined to comment on the suit, citing pending litigation.

The 2016 appellate ruling noted that Garden City "contains no affordable housing." Daughney did not respond to a question about whether that is still the case.