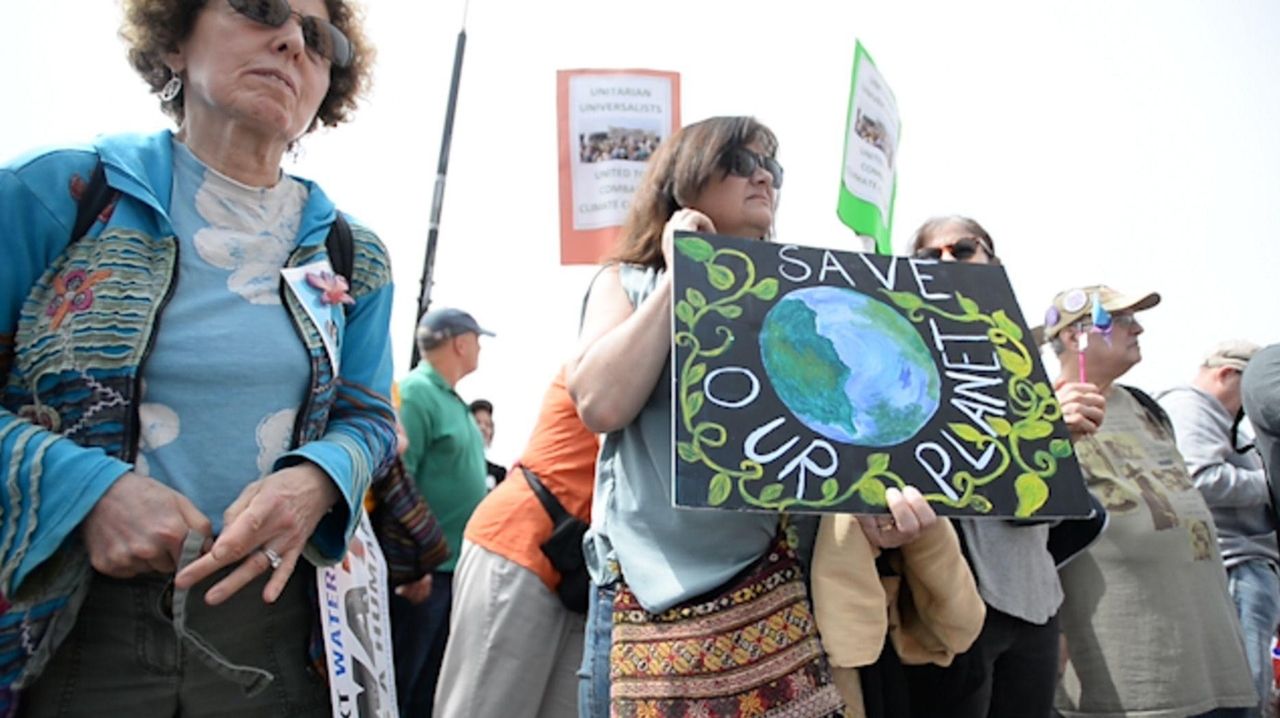 On Saturday, April 29, 2017, hundreds of people marched in Long Beach to protest efforts to ignore the impact of climate change. More than 500 people gathered on the boardwalk and denounced a perceived rollback of environmental protections by the Trump administration. The People's Climate March was held in cities across the country, including Washington. Local officials led the LI oceanfront rally. Credit: Steve Pfost

Hundreds of people marched in Long Beach on Saturday to protest efforts to minimize the impact of climate change.

More than 500 people gathered on the boardwalk, denouncing a perceived rollback of environmental protections by the Trump administration.

The People’s Climate March was being repeated in cities across the country, including Washington, D.C. Local officials led the oceanfront rally.

“We are standing where the ravages of climate change wreaked havoc on our community, and we don’t have the option to turn our backs anymore,” Sen. Todd Kaminsky (D-Long Beach) told the gathering. “We won’t turn our backs on science that lead our decisions. Are you ready to bring the fight to the White House?”

Helaine Karp, 65, of Oceanside, marched with her son, Paul, holding signs that said, “Climate change is not fake news” and “Make the Earth great again.”

“I was a victim of [superstorm] Sandy. I know climate change is real,” Karp said. “I want to send a message . . . that it’s real and to stop dismantling all the protections we put in place.”

Ollie Bouler, 17, of Islip, wore a wolf costume and held a sign that said “Furs against fascism.”

“This is our Earth and we need to protect it,” Bouler said. “We’re not going away even if the EPA is dissolved. If our administration isn’t going to protect the planet, we will.”

Long Beach City Manager Jack Schnirman said the city has been affected by climate change — with the 2012 pounding by Sandy and the threat of rising sea levels.

He pointed to the backhoes and construction on the beach as “a once-in-a-generation shoreline protection project” to add dunes and jetties.

“We’re proud everyone knows Long Beach is the place to host this march,” Schnirman said. “As a barrier island, we know climate change is a tier one homeland security issue, and we need partners at every level of government committed to protecting us from severe weather.”