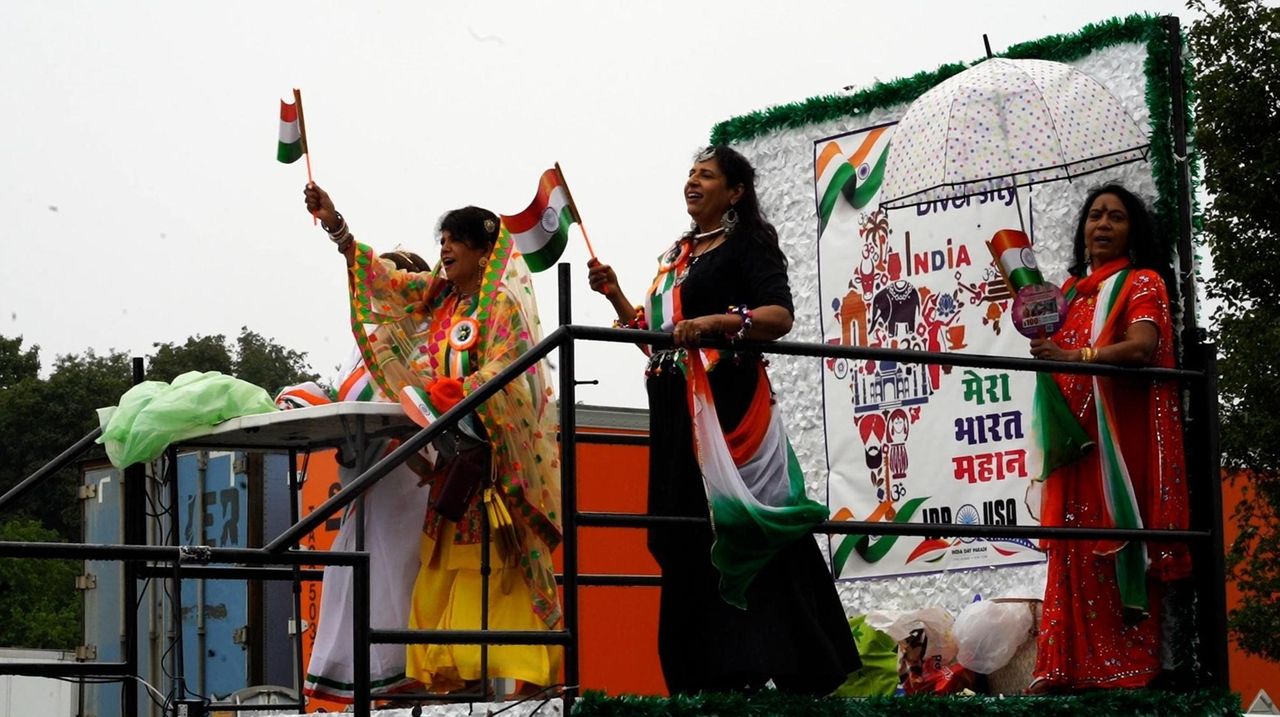 The India Day Parade was celebrated on Sunday in Hicksville, with participants coming together to show solidarity and their Indian pride. Credit: Debbie Egan-Chin

Crowds at the India Day Parade in Hicksville ignored the rain and cheered as colorful floats, music and entertainment celebrated the country’s independence.

But tensions over India’s controversial farm laws erupted during the post-parade ceremony with a protest by members of the community angry with the government.

"Nobody on the stage wants to talk about the farmer’s issue, that’s the problem," said Satbir Singh of Syosset, a community leader who stood with the protesters. "Thank God we are in America. At least we get to be heard."

The parade, which has been held annually for almost 10 years, celebrates India’s independence from the United Kingdom in 1947.

The festivities are also designed to "recognize the work that we do as well as all the contributions we have made to America," said Nilima Madan of Port Washington, an event coordinator for the parade.

Madan said the day highlights that many Indian-Americans are doctors, engineers and hold other important positions in the business and local communities.

"This is a day for us to celebrate each and every one of us," she said.

Sejal Parekh and her 7-year-old daughter Karina said the rain didn’t discourage them from attending the event.

"It’s our independence," said Parekh. "We are proud to be Indians and in America. Thank you, America!"

After the parade, the crowd gathered at a large parking lot by the AsaMai Temple Near East Barclay Street in Hicksville where there were booths and games and activities. Officials and guests gathered on the stage, including Indian actress and model Kajal Aggarwal and Nassau County Executive Laura Curran.

As dignitaries were being introduced, protesters gathered at the front of the stage waving green and yellow flags, some holding signs that read "No Farmer No Food."

The government of Prime Minister Narendra Modi has said the new agriculture laws, which removed some government protections, are necessary to modernize the industry. But farmers have countered they will be left to the mercy of big corporations.

More than half of India’s 1.3 billion people work in agriculture.

Farmers have asked the government to enact legislation that will provide their goods with minimum prices in order to protect them from market slumps.

Officials on the stage asked the protesters to allow them to proceed with the program. Eventually Singh and a few others spoke from the stage to express their frustration.

With The Associated Press