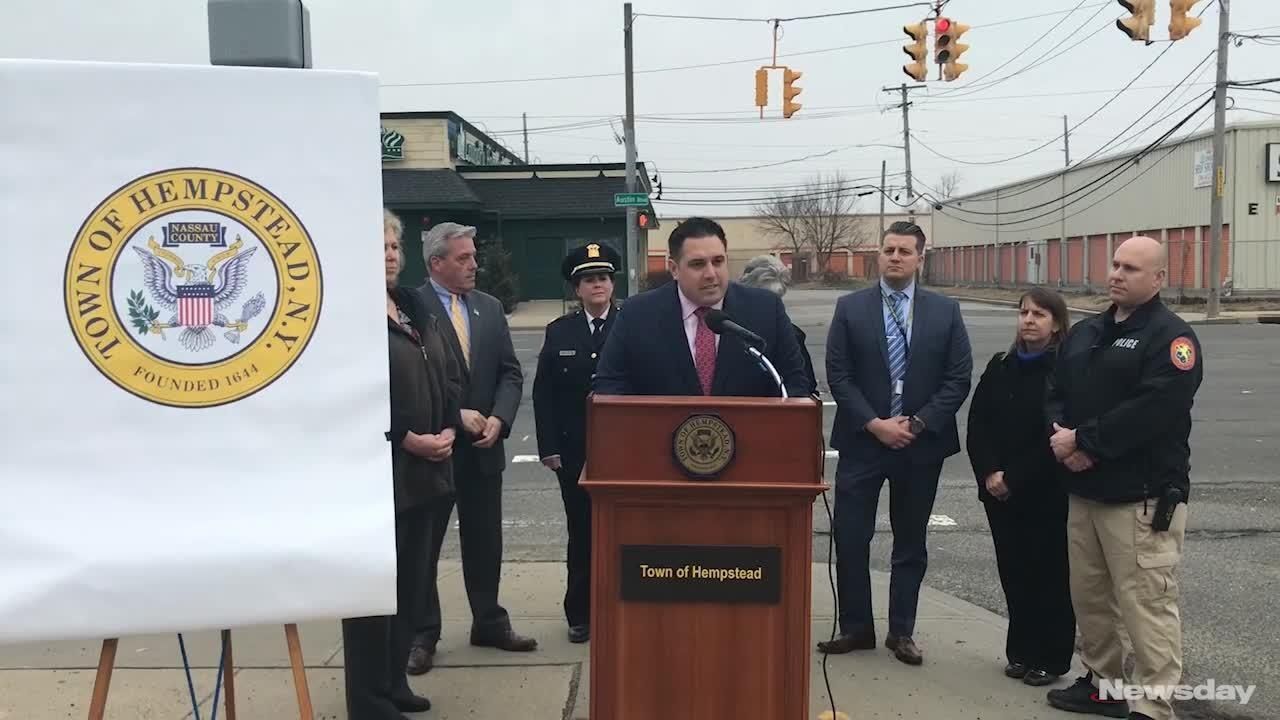 Hempstead Town and Nassau County elected officials are joining Island Park school leaders in a call to lower the speed limit to 30 mph on Austin Boulevard between the village and Long Beach.

Hempstead Councilman Anthony D’Esposito and Nassau County Legis. Denise Ford called on the Hempstead Town Board to hold a public hearing March 6 to lower the speed limit from 40 mph.

Although Austin Boulevard is a county road, the Hempstead Town Board has the jurisdiction to set the speed limit, officials said.

“We are asking motorists to put on the brakes for the safety of neighbors who come along Austin Boulevard every day,” D’Esposito said. “We’re asking those who travel to and from Long Beach to throttle back.”

Local leaders stood 200 feet from Lincoln Orens Middle School off Austin Boulevard and said the main thoroughfare from Long Beach that runs through Island Park has seen a dangerous spate of crashes and injuries from speeding drivers.

The busy road averages about 100 crashes per year, including six fatalities during the past decade involving occupants of vehicles as well as pedestrians who were struck. Three pedestrians were struck and injured trying to cross Austin Boulevard last year and seven pedestrians hurt in 2016, town officials said.

“Unfortunately there have been a number of accidents by our schools, and people had to be airlifted from our campus to Nassau University Medical Center,” Island Park school district Superintendent Rosmarie Bovino said. “It’s a tragic sight.”

Austin Boulevard is set to go through a construction overhaul later this year to redesign six lanes to three lanes going north and two lanes going south because a study found the road was too narrow to accommodate parking on both sides. The new design will include improved crosswalks and signals on left turns, Ford said.