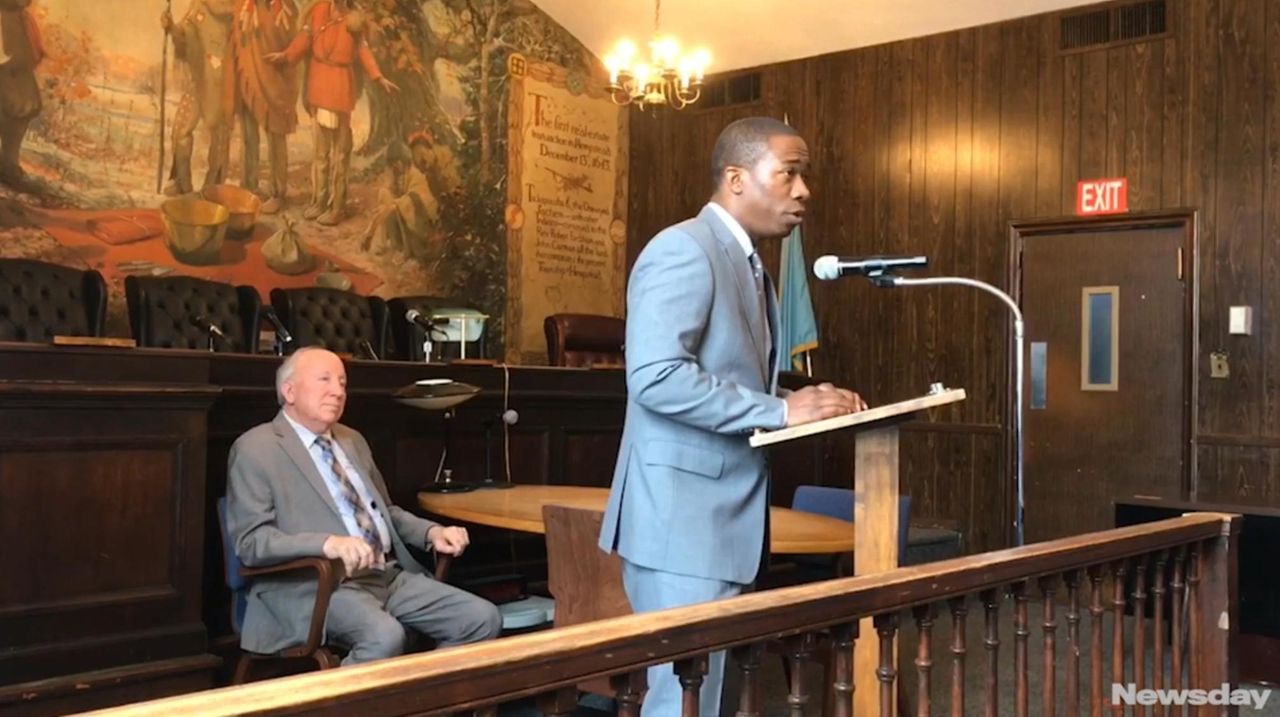 New Hempstead Village trustee Jeffery J. Daniels was sworn in to his one-year term Monday during a ceremony at village hall.

Daniels received 755 votes in the March 20 election, beating incumbent trustee Gladys Rodriguez for the seat. Rodriguez had been appointed to a one-year term last year to replace Don Ryan when he won his mayoral election.

Daniels, 45, pledged to restore the distressed village to its former glory, when it was the hub of the region and “the place where everybody came to gather.”

“The Village of Hempstead is an extraordinary place to live and grow up,” he said.

Ryan and the other trustees — Perry Pettus, Charles Renfroe and LaMont Johnson — vowed to work with Daniels going forward.

“I think Hempstead has a bright future,” Johnson said.

Ryan had coached Daniels in basketball and recalled when the new trustee was a 12-year-old point guard who won a sportsmanship award during a tournament in Massachusetts.

“What you did then — and what you’re doing now — is spectacular,” Ryan said.

Daniels took his seat on the dais for the first time Monday night during the board’s annual appointment meeting. Several of the key positions filled in the reappointment, including village treasurer and attorney, are holdovers from former Mayor Wayne Hall Sr.’s administration.

Village Clerk Patricia Perez, however, was not reappointed following a 3-2 vote against her.

Ryan appointed Renfroe as the village’s deputy mayor at the meeting in a move that did not require a vote. Renfroe relaces Pettus, who served as deputy mayor for the past year. Ryan said Renfroe owns a printing business and his hours are more flexible than Pettus’ for night and weekend events.