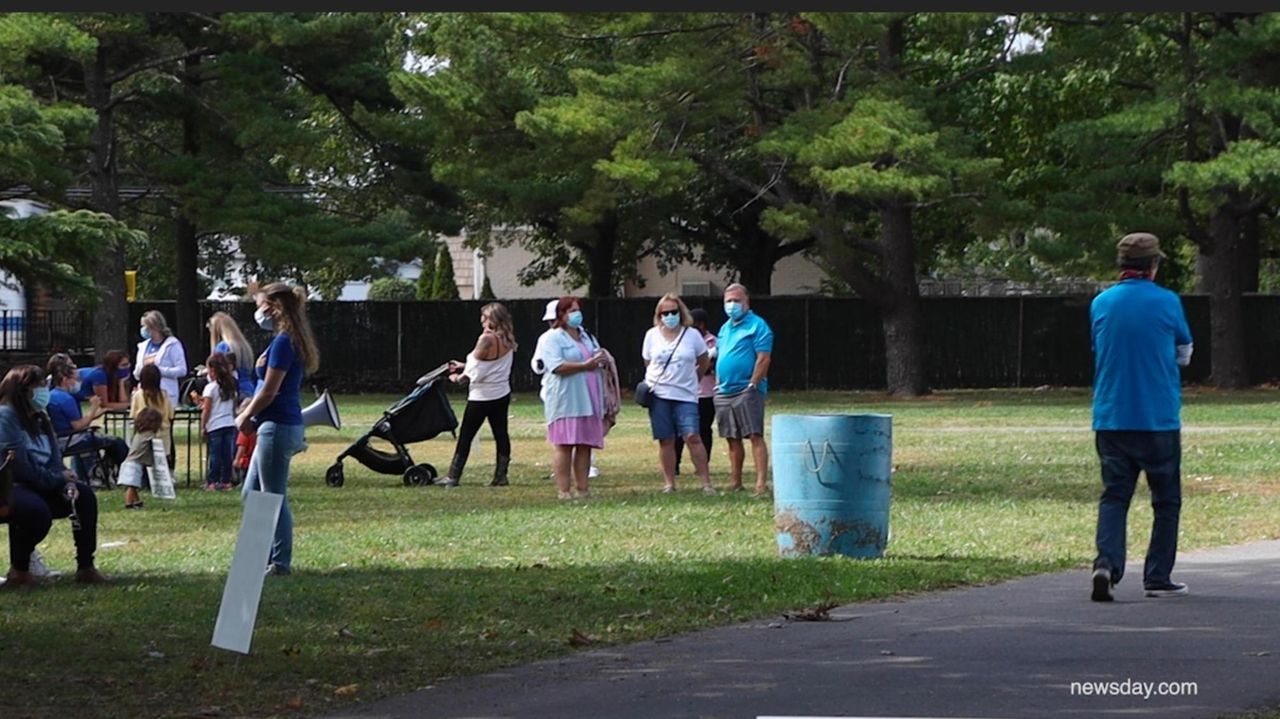 Paula Geslani, co-founder of the Jericho Kindness Coalition, speaks to Newsday Saturday about the importance of the "kindness festival," an event held to spread information about a proposed Jericho Family Support Center for the homeless. Credit: Howard Schnapp

About 100 people gathered Saturday afternoon for a "kindness festival" to support and spread information about a proposed Jericho Family Support Center for homeless families.

Advocates said they wanted to spread the message of generosity to help homeless families find permanent housing and counter the messages of fear and concern about adding new students to the Jericho School District.

Led by four Nassau County police officers, about a dozen vehicles paraded through Jericho neighborhoods, with blue streamers and signs that read, "We choose kindness," among other slogans.

Supporters then gathered at Cantiague Park in Hicksville to deliver speeches, raise money for families and place such signs at the park as, "homeless, not helpless" and "Where did you sleep last night?" 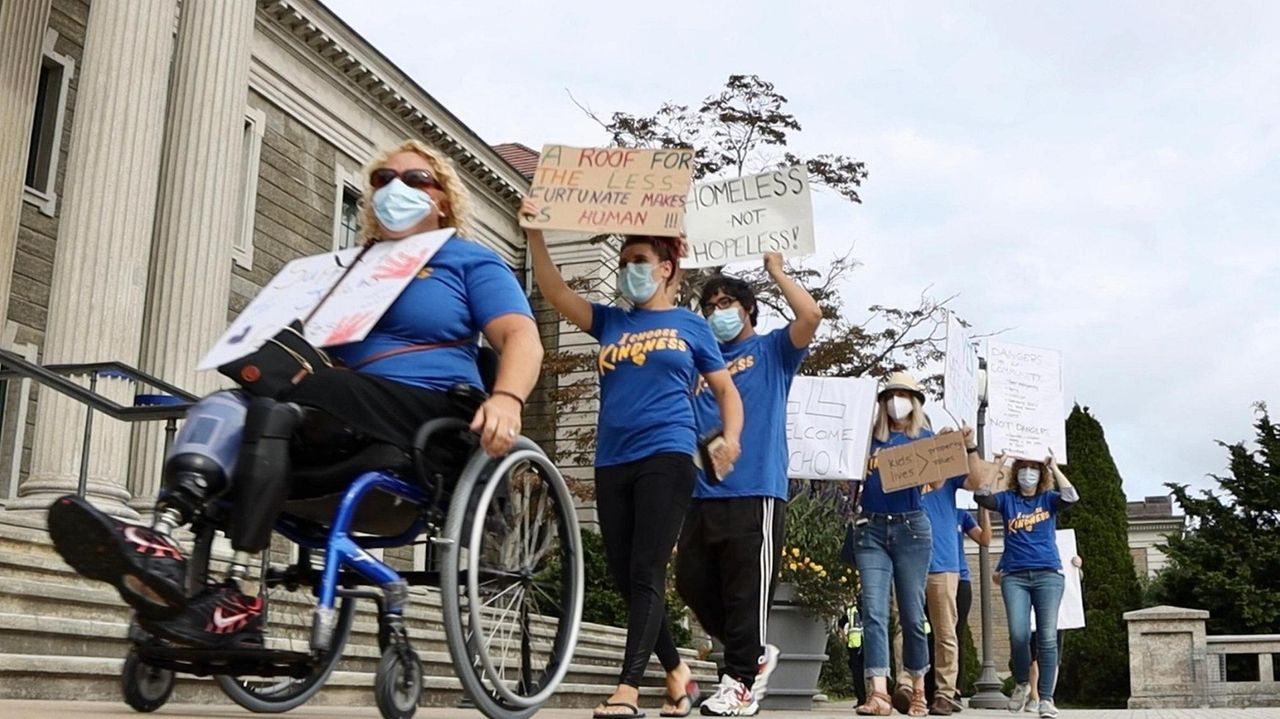 Hearing held for homeless facility in Jericho Nassau County legislators on Wednesday questioned a plan to convert a Jericho hotel into a homeless shelter after opposition from some residents who say they were not consulted in the process and that more children would burden the school district. Jericho Family Support Center, which would open in a converted Hampton Inn in the hamlet's business district, would provide temporary housing units for families, along with meals, job training and day care for children. Newsday's Cecilia Dowd has the story. Credit: Howard Schnapp

"The only thing out there has been the angry voice of Jericho and most of us don’t feel that way," said Paula Geslani, co-founder of the Jericho Kindness Coalition. "We are a kind community and a welcoming community. We see ... [the support center] is better for these families and this community than living in a motel. We don’t want to get in the way of people to get the help they need."

State officials and Nassau County are planning to convert the Hampton Inn on Jericho Turnpike into the Jericho Family Support Center, which would offer temporary housing, meals, job training and day care for up to 80 families before they find placement within six to nine months.

Opponents of the project have protested the proposal while expressing concerns about affecting the school district.

A judge ruled last week in favor of the Town of Oyster Bay to grant a preliminary injunction to block construction and use of the site, finding the state law did not preempt local zoning laws in establishing a homeless living facility.

"We’re following the message to treat each other with kindness. We can disagree on issues, but an issue we can’t disagree on is respecting one another and students," Grishman said Saturday. "We’re not a player in the approval process, but if a child attends Jericho schools, we will provide a meaningful education. If you sleep in Jericho and are a resident of school district, you are able to attend schools."

Nassau Legis. Arnold Drucker (D-Plainview) said the county supports the Family Support Center, but has not intervened in the court case. He said the county is focused on helping families find permanent homes and employment.

"We have to keep an eye on helping people and doing what we can to help families," Drucker said. "Kindness is the common denominator and we must never lose focus. We must always reinforce kindness to those less fortunate than ourselves."

Lawmakers question plan for Jericho homeless shelterOpponents and proponents of a planned homeless shelter in a former hotel in Jericho testified before a Nassau legislative committee.