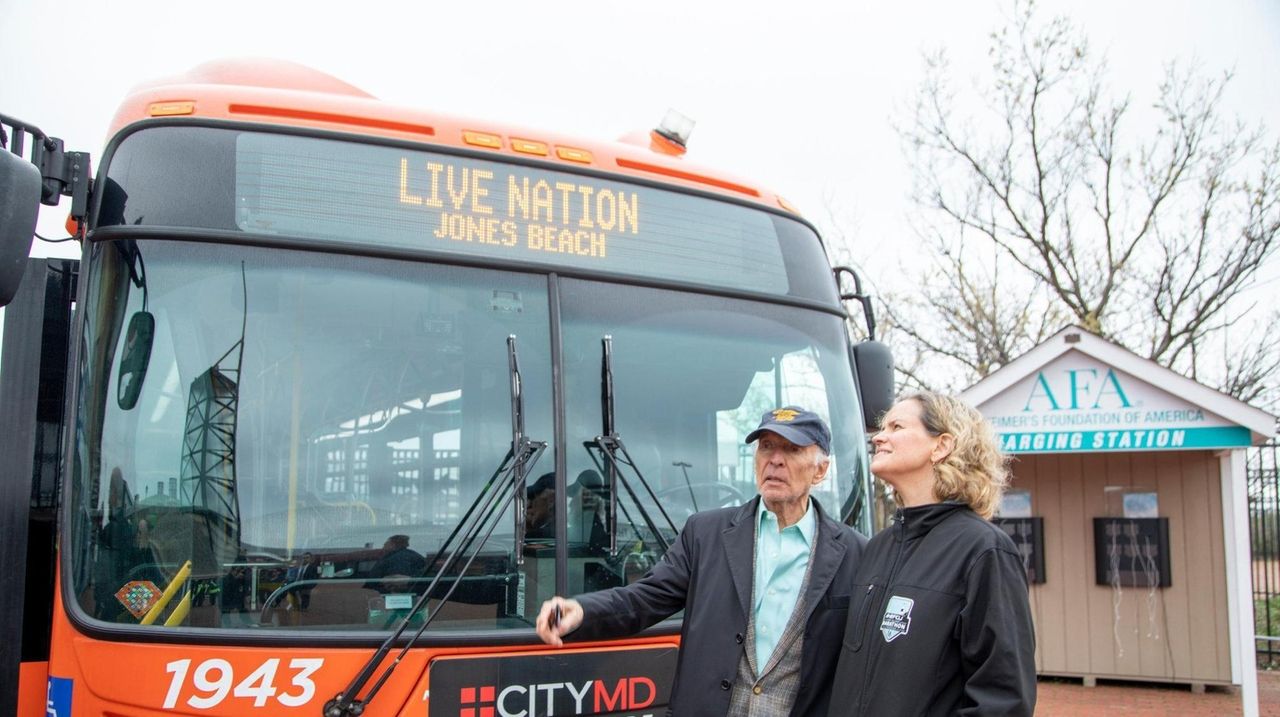 Concertgoers at Northwell Health at Jones Beach Theater this summer will be able to ride Nassau Inter-County Express buses to and from Freeport’s train station, Nassau officials said Wednesday. The bus fare will be $2.75 each way. Credit: Newsday / Yeong-Ung Yang

Concertgoers at Northwell Health at Jones Beach Theater this summer will be able to ride Nassau Inter-County Express buses to and from Freeport’s train station instead of paying  for a ride-hailing service, officials said on Wednesday.

The bus fare will be just $2.75 each way; buses will run 90 minutes before and after the concerts; pickups and drop-offs will take place at the East Bathhouse, a short walk from the amphitheater. Each of the five buses making the 20-minute trips can carry about 70 people, though not all will have seats, said NICE chief executive Jack Khzouz.

The Live Nation entertainment company is footing the rest of the cost of the service.

The bus service to the concerts was cut two years ago; Ron Delsener, chairman of Live Nation in New York, said he realized it was important to restore it after hearing from friends who told him arranging transportation was difficult.

“So I decided we needed to do something about it,” he said at a news conference with Nassau County Executive Laura Curran and NICE's Khzouz.

“I think public partnership is the wave of the future [when] done right,” Curran said.

Said Khzouz, "We will just run continuously back and forth in a loop until everyone gets here." The full price for the service has yet to be finally determined, he added.

The rock impresario, who helped arrange the Beatles' blockbuster concert at Forest Hills Stadium in 1964, vowed the bus rides will be enjoyable, with "charming hosts," and perhaps some merchandise given away. "We're going to make it an experience to get here."

After all, he said: "Jones Beach is a great place to be; it's an iconic venue."

This summer's artists likely will appeal to different generations with different tastes — sometimes on the same program. Singer-songwriter Bob Seger & the Silver Bullet Band, for instance, kicks off the season on May 30 with Grand Funk Railroad, Delsener said.

Seger doesn't usually play in the summer, Delsener said, but made an exception because he and the funk band share the same drummer.

Here are the concerts headed to Jones Beach this summerFrom Toby Keith to Alanis Morissette, Megadeth to Backstreet Boys, there's a show for everyone.