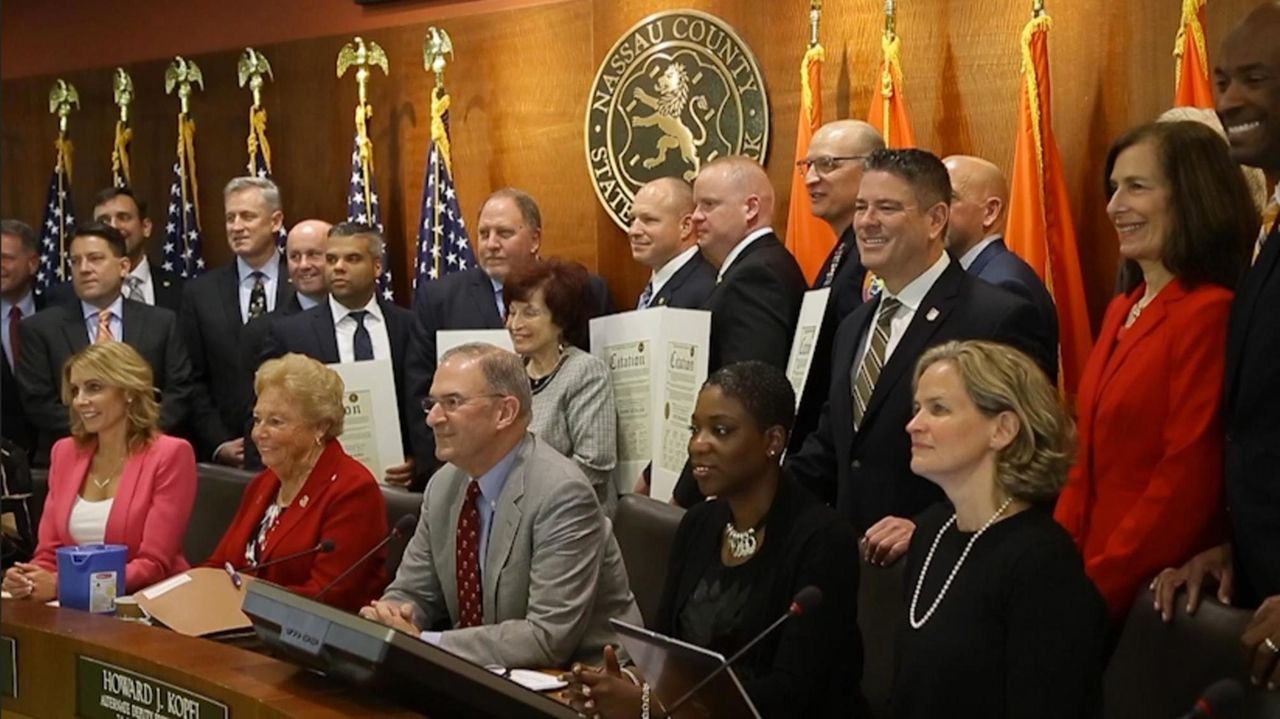 Nassau lawmakers Monday honored a Fifth Precinct police officer for raising more than 21,000 meals for needy veterans and their families during the past four years.

Officer Joseph Nocella has partnered with Island Harvest to collect food and supplies for veterans. In 2017, Nocella collected 8,000 meals.

The legislature also recognized Nassau Detectives Joseph Fontana and Frank Leckler of the Vehicle Theft Squad and Detectives Juan Pichardo and Pete Sikinger of the Third Squad for breaking up a North Shore vehicular burglary ring.

Three suspects were arrested after police said they broke into at least 13 cars during the past two months and stole cash and other items. The thefts occurred in Oyster Bay, Roslyn, Old Brookville, Manhasset and Great Neck.

4:04 COVID-19: From 799 deaths in one day to vaccine being 'passport' back to normalcy
Nassau signs lease to convert underutilized gym into youth sports center
Nassau School Notebook: Great Neck South wins Science Bowl
Way to Go! Mineola senior launches college help website
Cuomo: NY pushing toward reopening, agreeing to limit COVID-19 powers
How to get a COVID-19 vaccine appointment
Didn’t find what you were looking for?