Josh Shnayer, at his Westbury home, Tuesday, August 27, 2019, spoke to Newsday about how he coped with the death of his father. Credit: Danielle Silverman

Josh Shnayer did not want to get into his dad’s car.

It was November 2007, and his dad, Dave Shnayer, had died a few weeks earlier after a three-year battle with non-Hodgkin’s lymphoma. He was 49. Josh was 22, home from his last semester of college. It was around Thanksgiving — and just he and his mom were in their Island Park home.

He knew he couldn’t put it off any longer. “I got a car that’s practically brand new that dad had; I can drive his car,” he remembers thinking to himself. “It’s nicer than mine anyway.”

Josh started up the silver Volkswagen Jetta for a quick drive to his girlfriend’s house and noticed there was a CD in the player.

He turned up the volume, and there it was: his dad’s voice.

“It’s JD Howard, good morning,” the cheery yet cool voice says over the beginning of Marc Anthony’s 1999 hit “I Need To Know.” “Hello to the girls soccer team from Sachem East High School, washing cars at the Friday’s on North Ocean Avenue in Holtsville. Great day to get your car washed. Hey girls, I think you missed a spot!”

Dave Shnayer was known across Long Island as JD Howard — J for Josh, D for Dave, and his own middle name, Howard. Listeners could tune in every weekend to hear him on WALK FM 97.5, where he lived out his dream of being a disc jockey. The CD contained some of Dave’s on-air highlights: bits of news, the weather, and chatter before and after hit songs from yesterday and today. 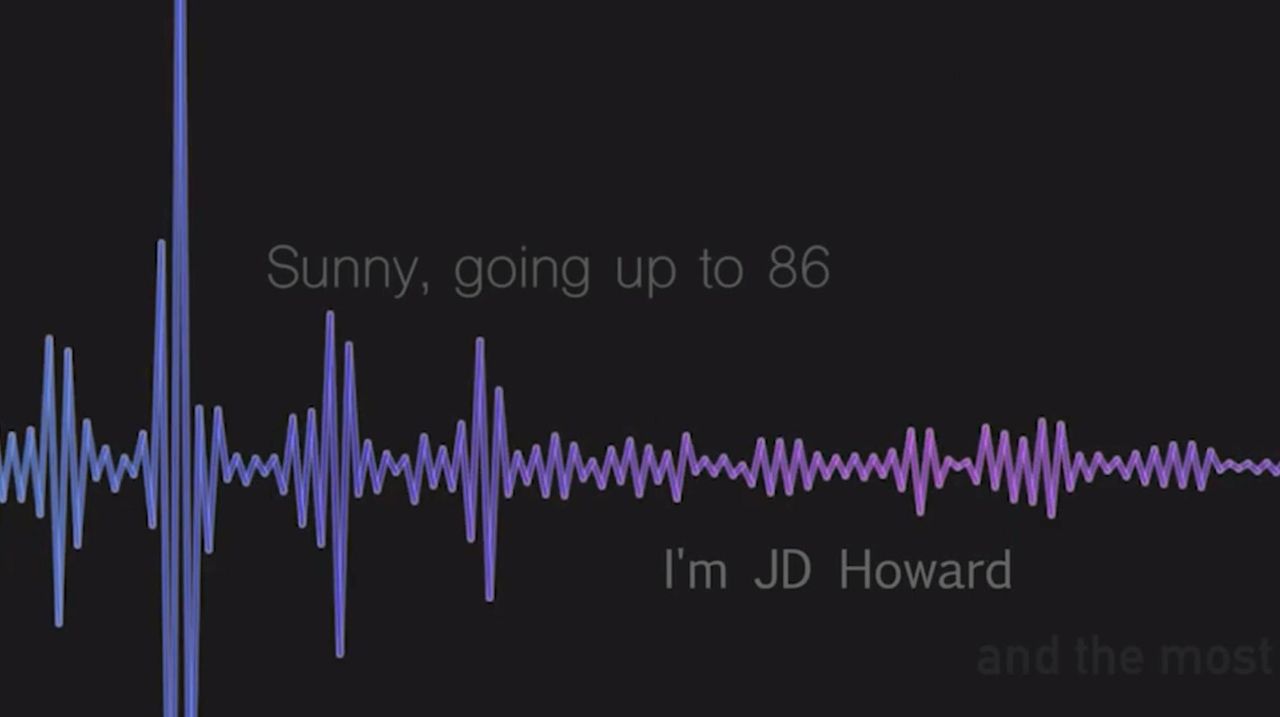 As Josh listened to his dad’s upbeat voice, he sped through a range of emotions. “I made it to the corner before I had to pull over and compose myself,” he said.

“I was almost mad at him, you know? I got mad. I’m like, ‘Why the hell — you know where you are right now, you leave that in the car planned?’ ”

But then he thought to himself, “Shut up, you idiot. Stop it.”

Josh, now 34 and living in Westbury, no longer believes his dad left the CD for him to find on purpose. “But if it was unintentionally or subconscious, maybe that was his way of saying, ‘I’m here, it’s OK.’ ”

He continued to listen to that CD “over and over on a loop” for the next few months, every time he drove his dad’s car. He says it helped him grieve.

Eventually, Josh traded in the Jetta for a five-speed stick shift. He had never driven a stick shift before, but was “adamant” about the purchase because he liked the car.

Josh momentarily regretted it on one sticky summer day while trying to get the car over a steep hill. He estimates that he stalled out eight or nine times.

“People were blaring their horns at me, and I’m losing my mind and I’m flustered,” he said. “I think I said at the time, ‘I should’ve kept dad’s car. I don’t know what the hell I was thinking.’ And I started reminiscing and thinking about the past, and then I played the CD. I remember listening to that to calm me down.”

There was a distinct difference between Dave’s “radio voice” and his “dad voice,” his son says. Josh can still hear the latter in his head: his dad’s soothing reassurances in the hospital when he broke his finger as a kid. “Listen to my voice. It’s going to be OK.” His contagious belly laugh that echoed through the house while he watched “The West Wing.” The way his dad scolded him when he cut corners, and his thoughtful fatherly advice.

‘It’s going to be OK’: Life after losing a parent

Working in radio was always Dave’s ultimate goal. Over the years he lent his friendly voice to WALK-FM, B103 and Fresh 102.7. He was also a salesman for Skyline Displays, a Little League and college baseball umpire and a multisport athlete.

“I think he achieved everything he wanted to achieve in his life,” Josh said. “He had no regrets for anything, other than maybe being a Mets/Jets/Islanders fan.”

Josh and his dad always bonded over sports, whether they were discussing the draft, playing catch or hitting the links. Dave got his son into baseball early on, and Josh got his dad into golf.

Josh first took an interest in golf after finding some old clubs at his grandparents’ home. His dad signed him up for a golf camp and, eventually, he started taking lessons, too. Josh thinks as his dad got sick, he knew he wouldn’t be able to throw a baseball back and forth, so golf became their new game.

“We played golf regularly when I was in my late teens and early 20s before he got too sick to play,” Josh said. “And it became something that we would do together.”

When Dave died, per Jewish tradition family and friends helped bury him by taking turns shoveling soil onto the casket. Josh threw in some golf balls, “so that no matter where he was, he’d never lose those golf balls. As many as he’s lost, now he’s got a couple with him.”

And when Josh and his mother visit his grave in Lindenhurst, he always puts a golf tee in the ground next to the footstone.

Josh doesn’t consider himself spiritual. But his dad exists vividly in his memories — in an instant, he can be transported back in time to WALK’s old studio in Patchogue.

“I would go down there on the weekends and they’d set me up in a conference room,” he said with a grin. “I’d have Disney movies, I’d have lunch from the deli and I’d watch afternoon hockey on Fox.”

And just down the hall, his dad would be accompanying Long Islanders on their afternoon drives, their weekend shifts, or their days at the beach. Like those listeners, Josh will always remember his dad by the sound of his voice.

“He touched a lot of people. In different little areas, he made his mark. I know in particular with radio, that attached to me because that’s what helped with my grieving process: listening to him.”

Share your own memories of losing a loved one and how you keep their legacy alive.