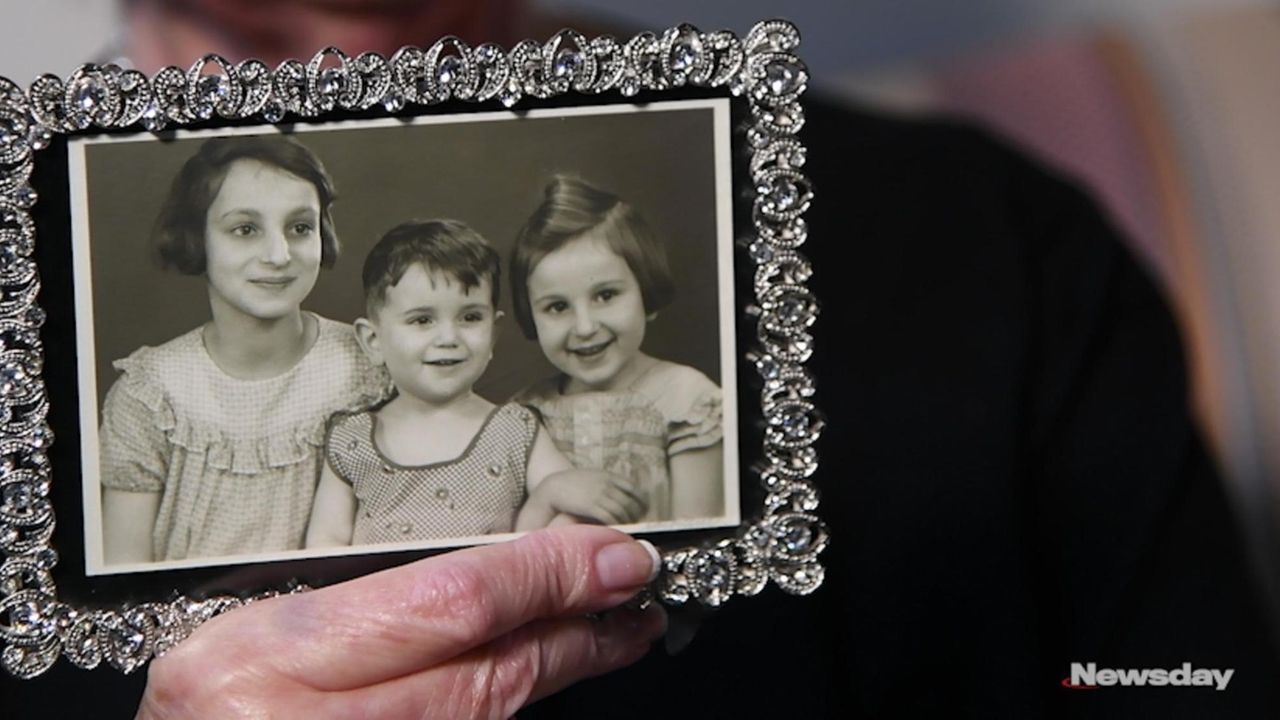 Kristallnacht was the culmination of the unimaginable on Nov. 9, 1938, when mobs attacked Jews in Germany, Austria and the Sudetenland, beating and raping countless people, looting and torching homes, synagogues and businesses, historians say. On Friday, Jill Pauly of Lawrence told her story of how her family fled to escape the attacks.  Credit: Newsday / J. Conrad Williams Jr.

Kristallnacht was the culmination of the unimaginable on Nov. 9, 1938 when mobs attacked Jews in Germany, Austria and the Sudetenland, beating and raping countless people, looting and torching homes, synagogues and businesses, historians say.

The two days of violence that began 80 years ago were followed by the first mass roundup of Jewish men, with 30,000 sent to concentration camps where many died.

“The destruction was of an angry seething,” said Jill Pauly, 85, of Lawrence, by telephone.

Nazi propagandists, historians say, had spent years depicting Jews as Germany’s worst traitors, responsible for the defeat in World War I and the financial ruin that followed.

“It was just how you can whip people, human beings into such a frenzy, you know that takes talent, and they [Nazis] had that talent, this management, this evil,” said Pauly.

She was 5 when someone warned her family to flee ahead of Kristallnacht, known as “The Night of Shattered Glass” because so many windows were broken.

Their father had her, her sister, and other family members driven to nearby Cologne.

“The men in my family … they ran into the woods, and they hid until the pogrom was over,” she said.

Historians estimate 91 Jewish men were killed, more than 1,000 synagogues were set ablaze, cemeteries were desecrated and an untold amount of property stolen or destroyed.

“This was a very carefully and deliberately stage managed event, all the way down to how the press in Germany and Austria were instructed to cover it….as spontaneous violence,” said Edna Friedberg, a U.S. Holocaust Memorial Museum historian.

And the pogrom offered a glimpse of some of the horrors to come, including the Holocaust that cost 6 million people their lives, said Robert Shapiro, a Brooklyn College professor:

“Kristallnacht was a sign that there is no limit to what the regime in Germany was prepared to do and what it could get away with because no one was going to do anything.”

Much of the same prejudice and hatred appears to have motivated the Pittsburgh synagogue shooter, historians said. This is why Kristallnacht’s significance endures, said Elissa Bemporad, a Queens College history professor, as it reveals how violence can erupt when fear “intersects with hatred of the Other.”

Afterward, the Nazis assessed a 1 billion reichsmarks fine on the Jewish community, about $400 million in 1938, the U.S. museum says.

And, recalled Pauly, the Nazis ordered the Jews to clean everything up.

Her family’s return to their cattle farm revealed what they had escaped. They found “our baby pictures — with scissors stabbed into them,” she said. Items destroyed included the china, prayer books and even a brand-new red sofa, all hauled up to the top floor and tossed down to the compost heap below.

Even before the Nazis set off the violence — ordering police officers and firefighters to stand aside and having Storm Troopers don plainclothes to disguise their roles — her family had been living under the Nazis’ ever-tightening curbs that stripped Jews of their citizenship, the right to vote, and cast them out of schools and universities.

Her family was defiant, Pauly said, recalling how her father would pretend that he no longer slaughtered cattle according to kosher laws.

After Kristallnacht, “it got so much worse, it was awful, Jews were so afraid to be in the street,” and upon their return to Cologne, she was not allowed to go outside.

They might not have survived, Pauly said, had it not been for a “Catholic underground,” which included the mayor who told them when to hide because their names were on the latest deportation list.

Her mother, she said, insisted she return to Germany to thank them, she said, which she did. At the gathering, “Who walks in the door but that mayor’s grandson. That is a German boy that can hold his head up high.”

Thanks to a generous relative in England, Pauly's family in 1939 left for Kenya; they later returned to cattle farming in Vineland, New Jersey.

Her husband, Kurt, 85, whose family also settled in Vineland after escaping the Holocaust, was attending the Wharton School of Business after serving in the U.S. Army during the Korean War when they were set up.

Pauly, a New York City secretary, invited him to see “The Diary of Anne Frank” — not knowing his mother and the diarist’s mother were second cousins — or that the play would frighten her.

Her future husband turned "green" but sat quietly, she recalled. Upon her inquiring, he said: “It’s just that we were related to Anne and her mother and it’s upset me. These were real people.”

Kurt, according to his U.S. Holocaust Memorial Museum biography, was “an only child, enjoyed large family gatherings, where he would play with his cousins, Anne and Margot Frank.