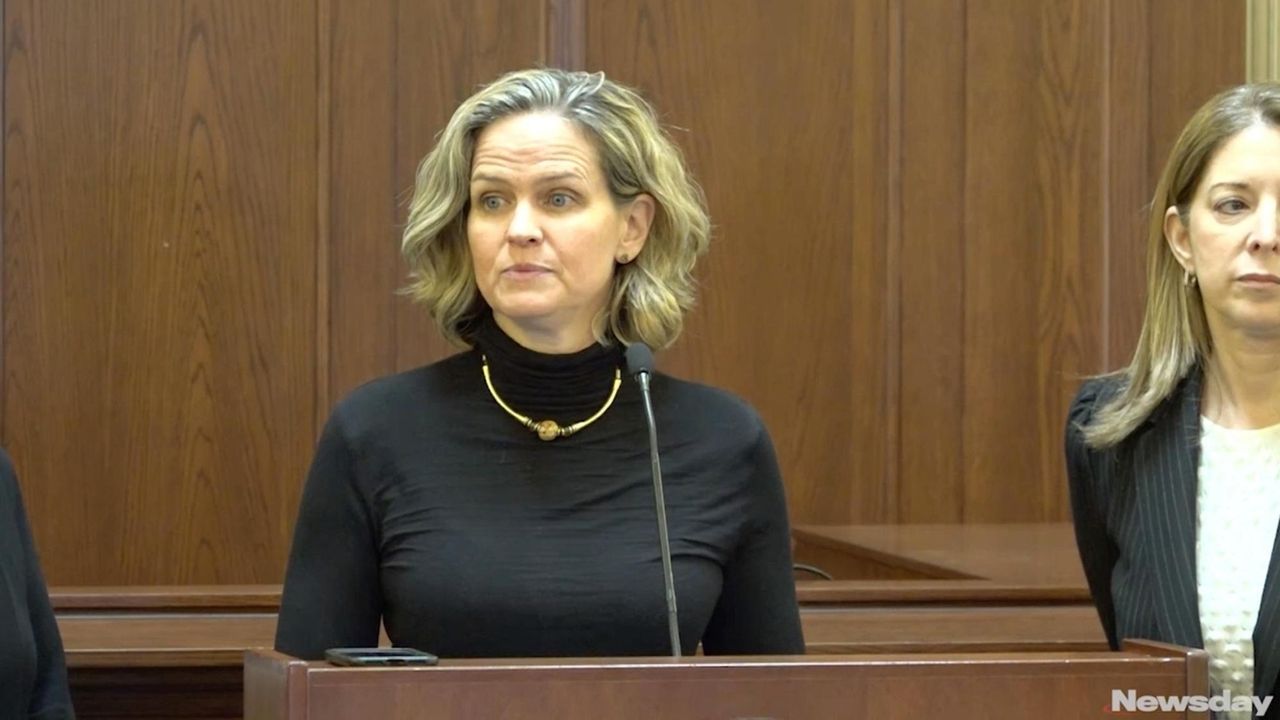 Nassau Executive Laura Curran on Tuesday announced changes at the county's Industrial Development Agency, including the end of a tourism loophole that had been used to offer tax breaks to self-storage facilities and car dealerships.  Credit: Howard Schnapp

Curran on Tuesday also urged the IDA to adopt new performance benchmarks and hold quarterly meetings that will be available online. Also, Curran said business applicants and consultants appearing before the IDA should have to disclose campaign contributions to county or local officials.

IDA boards are in place across the state in counties and other municipalities, granting tax breaks to businesses in efforts to generate economic development. But the board has drawn criticism in recent years for offering tax breaks to car dealerships and self-storage facilities.

New York State law generally bans tax breaks for retailers, but the Nassau IDA has used a state tourism exemption for projects that attract customers from outside the region.

Curran said the IDA will “clarify and strengthen” job creation requirements and could “claw back” the benefits if a project does not meet certain benchmarks for job creation and economic developments.

The agency last April ended contracts with its counsel, Ed Ambrosino, after his arrest on charges of income tax evasion and wire fraud. Prosecutors said he deposited IDA checks into a private bank account instead of delivering them to his law firm. Ambrosino, a Republican town councilman in Hempstead, has pleaded not guilty.

Asked whether IDA personnel including executive director Joseph Kearney would be kept on, Curran said, “The board answers to the state, it’s a state created entity, and it’s up to the board members to make these decisions.”

Richard Kessel, a former LIPA chief whom Curran named to the IDA board in January, said the board will “take a look at these reforms.”

Kessel said that, “in terms of staffing, that’s something that the board will be taking a look at over time, and we’ll have more to say on that going forward.”

In a news release, Curran also said she would create a task force to examine “synergies” between the Nassau and Hempstead Town IDAs “in an effort to take a more regional approach to economic development.”

Curran spokesman Mike Martino said the county was looking “to determine if there are any benefits for the Town of Hempstead and Nassau County IDAs to work together.” No further details were available.

On Monday, the Nassau County Legislature appointed three additional members to the IDA board, constituting a full board. The IDA is scheduled to meet Wednesday.