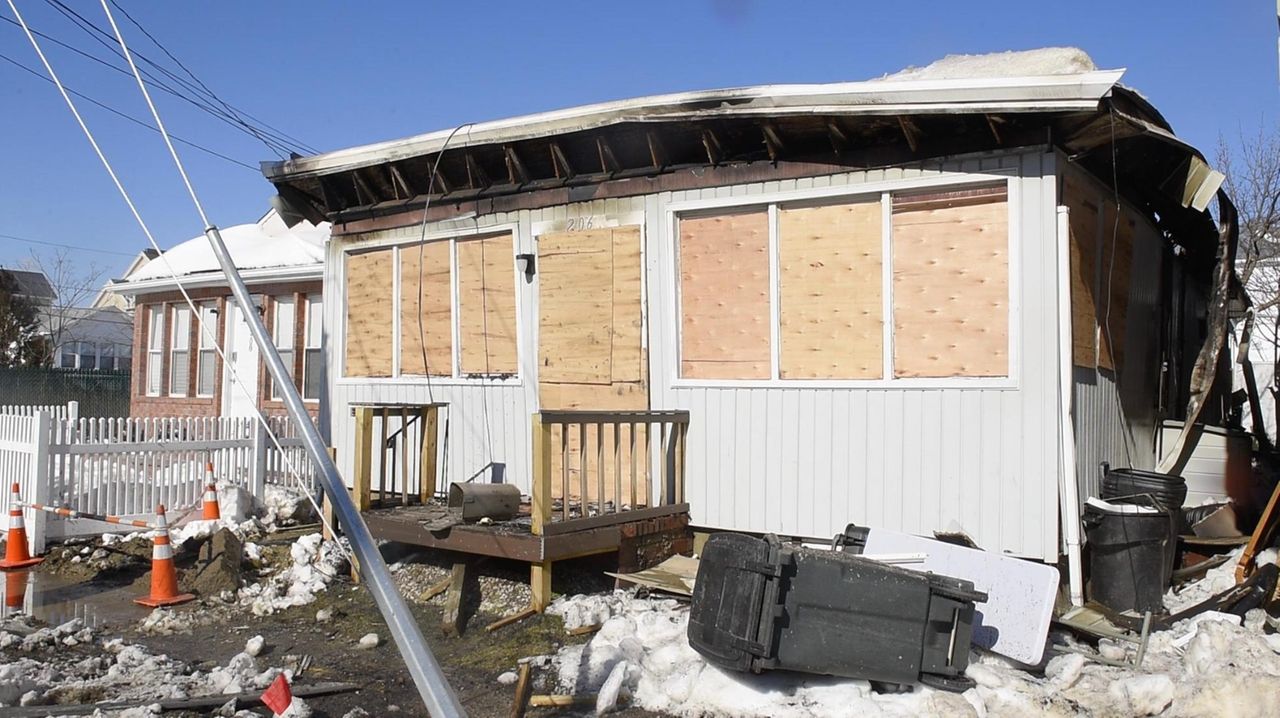 Police and fire officials said an early morning blaze damaged a small synagogue in a home on the Nassau-Queens border, causing the roof to collapse and injuring three firefighters. The Torah and other religious items were saved. Credit: Johnny Milano

An early-morning fire damaged a small synagogue in a house on the Nassau-Queens border Thursday, causing the roof to collapse and injuring three firefighters, Nassau County police and fire officials said.

Nassau Assistant Chief Fire Marshal Michael F. Uttaro said Thursday morning that the three firefighters suffered minor injuries and were taken to Mount Sinai South Nassau hospital in Oceanside, where one was treated and released while the other two were still undergoing treatment.

Uttaro said firefighters managed to save a Torah from inside the burning structure and hand it to a civilian at the scene.

Police said the fire at the The Beach Shul, 206 Seagirt Ave. on the Lawrence-Far Rockaway border, was reported in a 911 call at about 12:15 a.m. and said firefighters responded and extinguished the blaze. The fire later rekindled, causing Lawrence-Cedarhurst firefighters to return to the scene at 5:27 a.m. to extinguish those small fires, police said.

Uttaro said Lawrence-Cedarhurst firefighters were the first to respond to the original call and arrived to find the house ablaze, and all the nearby fire hydrants frozen. He said they used water from pumper trucks and that initial efforts to get water onto the blaze weren't hampered. Firefighters from Inwood, Woodmere, Hewlett, Meadowmere and the FDNY also responded.

Joshua Diskin, co-founder of the Beach Shul, said the building had been primarily used as an office but when the pandemic hit, small prayer services began being held there.

"Because of COVID we started to pray there," Diskin said.

Diskin said New York City officials — the property straddles the Nassau-Queens border — told him and his partner it would have to be demolished.

"Now we want to build a proper synagogue," Diskin said. Diskin said he hopes to raise funds to build a synagogue and will go through the proper zoning process to site it there.

Uttaro said initial reports were that the cause of the fire was undetermined.