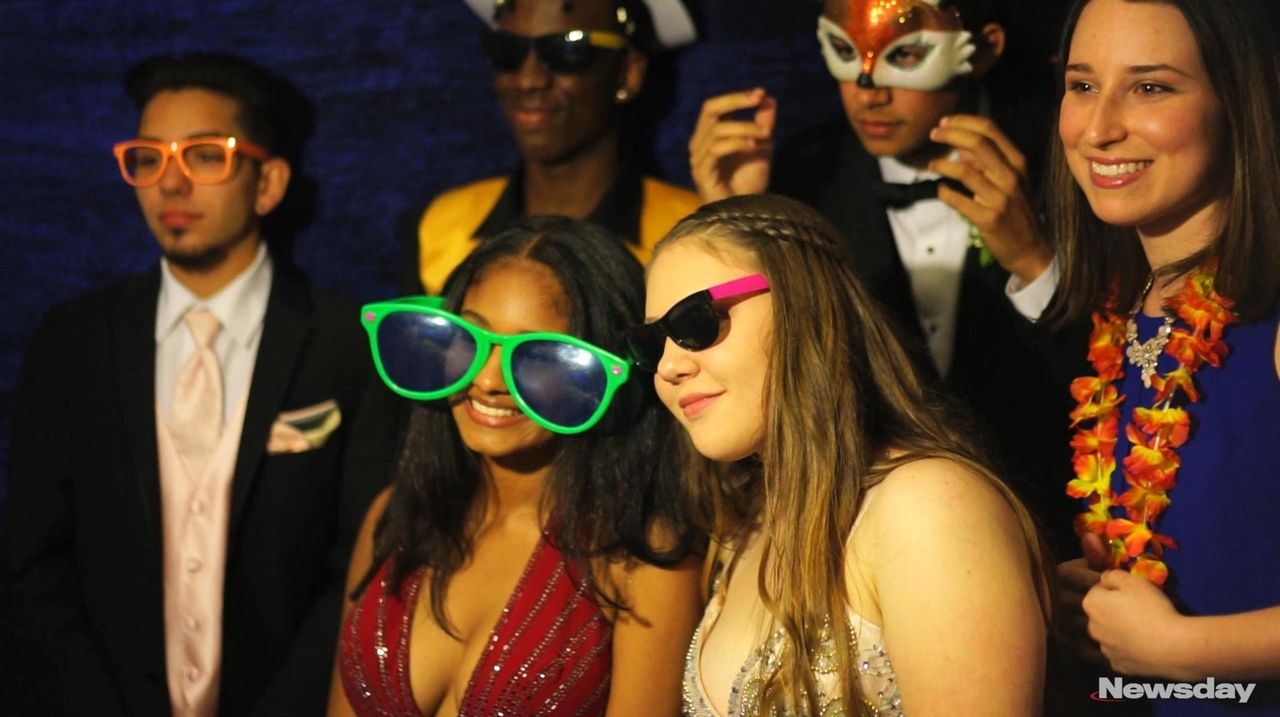 The school’s junior-senior prom was held on Thursday at K.Pacho, a Mexican restaurant in New Hyde Park, featuring upbeat music and a crowd favorite -- the make-your-own fajita station.

When guests entered through the restaurant, the first thing they were greeted by was a gargoyle -- wearing shutter glasses, a straw hat and a coconut bra, no less. And when they took the staircase leading to the basement level a distressed brick wall with a mural of a flamenco dancer helped set the scene.

“I wanted prom to be at a very cultural place,” said senior and prom committee member Ciarra Perez of Valley Stream, whose mother and grandmother are from Puerto Rico. “Our school is very diverse and everyone is open to different cultures,” she said.

With a graduating class of just 37 students, junior and prom committee member Allison Siegel of East Rockaway believes K. Pacho’s intimate interior reflected the school’s tight-knit environment. The basement level, where the main part of the prom was held, had more of a relaxed, club-like feel to it with dim lighting, candles and lounge seats.

“We didn’t need a big space,” Siegel said. “We wanted to be close together like a family.”

Thursday’s prom had ties to another Mexican eatery — Chipotle on Rockaway Turnpike in Lawrence — where students spent an evening in April handing out flyers to customers so a portion of their purchases would raise money for the prom.

“We had kids get involved who normally don’t get involved,” said prom coordinator and history teacher Jennie Connelly. “It was interesting to see them all come together to raise the money to put on an event like this.”

The Chipotle event raised about $500, Connelly said, and the students also hosted bake sales throughout the year to benefit prom night.

The fundraising camaraderie was also evident on the dance floor. Juniors and seniors danced together to hits such as Camila Cabello’s “Havana” and Luis Fonsi’s “Despacito.”

“Everyone’s really good friends with each other,” Siegel said. “You always know that you have people to support you no matter what.”