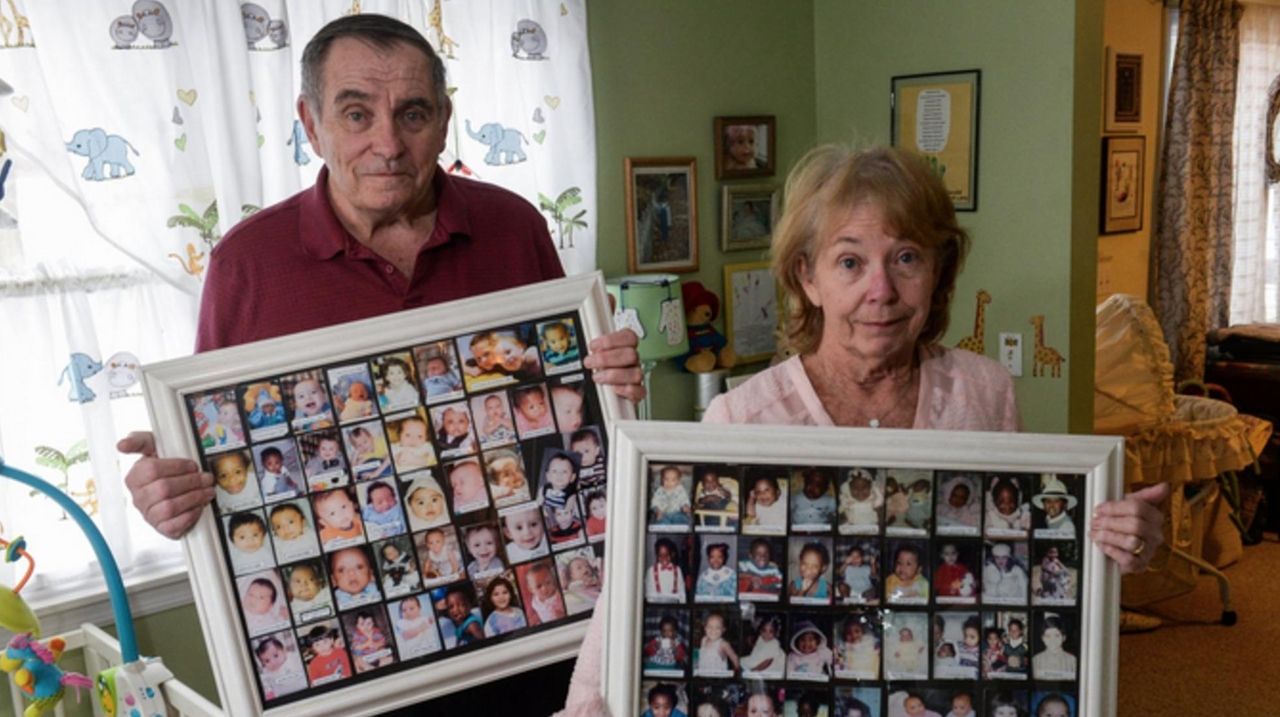 Alicia and Jim Bulger began fostering children in the 1980s, and now the Levittown couple is preparing to bring home their 100th foster child on Monday, March 20, 2017. The children stay with them for a few days to a few years. With four children of their own, the Bulgers have never been short of a busy household, but as Jim Bulger put it, fostering has been "kind of what we did." Credit: Steve Pfost

The Bulgers used to hold family meetings every few months to make a decision: Would they and their four children like to welcome a foster child into their home?

Yes, yes again, and yes a third time. As foster children came and went, the family stopped having the meetings altogether.

Since 1986, the answer has always been yes for Alicia and Jim Bulger.

The retired Levittown couple is now preparing to hit a milestone: They will bring home their 100th foster child on Monday.

“It’s exciting, we never expected it,” Alicia, 69, said Saturday. “We thought we were going to take care of one little baby.”

In the 1980s, the couple was especially moved by an epidemic of babies born to crack-addicted mothers, they said. Hospitals were overcrowded, and Brooklyn-based Little Flower Children’s Services began to place newspaper advertisements, asking for foster parents.

Jim worked for Chase Bank, while Alicia was a stay-at-home mom with a background in social work.

“We picked up our first baby, who was living in a crib next to a desk in the Little Flower Children’s Services in Brooklyn,” Alicia Bulger said. “We had four kids of our own and the youngest was 4, so we knew we could take care of another one.”

Since then, they have cared for mostly infants, many with challenging medical issues. They started taking in one child at a time, then two or three, and five at most.

In 2003, the family switched to taking in babies from Nassau County because it was easier logistically.

“We had two vans just to get everyone around,” Alicia Bulger added.

Sometimes, the baby stays for a few days, and then family courts allow them to return home or to another family member. But other children can sit in limbo for years until they can be placed in permanent homes, Alicia Bulger said.

The couple’s longest-staying foster child ever — at two decades — is an outlier. The Bulgers grew so attached to a young foster child named William that they adopted him.

Other foster children have reached out to them years later.

The younger Jim Bulger was 13 when his parents first took in foster children, he said.

“It’s kind of all I’ve ever known,” Bulger, 41, of Los Angeles, said. “There’s always children around and it’s always such a warm place at home.”

He said he and his siblings often talk about following their parents’ lead, though none has.

For as many lessons as the Bulger children learned from their parents, it takes a lot to be as prepared as Alicia and the elder Jim Bulger.

Alicia Bulger keeps meticulous records and lists of medical contacts. A wall in the kitchen displays nearly every child they’ve taken in and their dates of stay — a kind of family scrapbook that is nearly always in sight.

An addition to the back of their house with a bedroom and nursery has served as their foster center for the last six years.

The pastel green nursery has cribs, stocks of diapers and bins of brand-new toys waiting to be played with. Two dressers hold hundreds of donated pajamas in all sizes.

“If a baby comes at 2 p.m., the important thing is just to get through the first day,” she said.

This weekend, she will put up some new alphabet wall stickers for their latest arrival, a baby born prematurely who will require significant medical care. His arrival Monday will depend on a doctor signing off.

Once, a baby arrived with both legs broken, they said. Others have had breathing problems, requiring large medical equipment.

Each new foster child brings a bittersweet excitement. If the Bulger family’s experience has taught them anything, it’s that children eventually have to go somewhere else, ideally to their birth homes.

“We’ve met some wonderful birth families who worked hard and deserved their children back,” she said. “Most of these parents are not bad guys.”