Jamie Macias, right, hangs out with his date, Taylor Cooper, at the Division Avenue High School prom at the Venetian Yacht Club in Babylon on June 7. Credit: Jill Ryan

Division Avenue teen celebrates at prom after cancer fight - Jamie Macias’ senior year started with a diagnosis of a malignant brain tumor -- followed by a brain biopsy, two surgeries, chemotherapy, radiation and missing more than half a year of school.

His year ended with a March 30 promposal to his girlfriend, junior Taylor Cooper, who he’d been dating for more than a year.

For Jamie, celebrating such simple pleasures means so much more after his cancer diagnosis.

“This was a shock,” Macias said of how the year started. “...Cancer in general doesn’t run in our family at all.”

Macias, now in remission, attended his prom with Cooper on June 7 at the Venetian Yacht Club in Babylon. Back when he was being treated, he wasn’t sure he was going to be able to attend.

“But my doctors reassured me that by the time it’s June, I’ll be done with treatment and going to prom, going to school and graduating,” Macias said.

Things turned out well, as the couple was there dancing the night away to “Lean On Me,” “Cupid Shuffle” and “Finesse.”

“I’m having a blast,” Macias said. 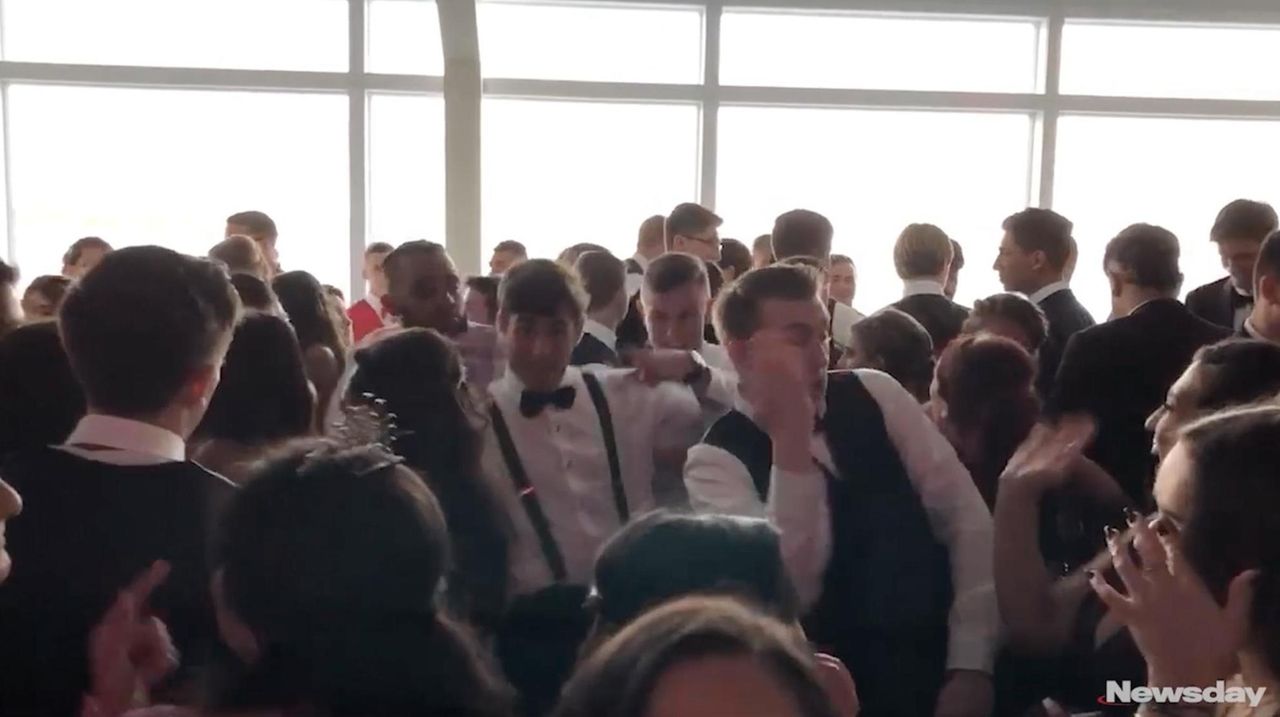 Watch LI teens get down to Cardi B, Bruno Mars at prom Division Avenue High School students showed off their best dance moves at their prom at the Venetian Yacht Club in Babylon on June 7, 2018. Credit: Jill Ryan

“He never had a doubt that he was going to beat it,” Coscia said. “The brightest person in the room was always Jaime.”

For his family, though, it was harder to stay upbeat. His father, Jaime Macias Sr., struggled when Jaime was going through treatment.

Macias was tutored at home by district teachers and one of his Division Avenue favorites, economics teacher William Quinan. He went back to school in March, after completing chemotherapy in January and just before finishing radiation treatment in April. He returned to Division Avenue’s track and field team and has since competed in three 100 meter dashes.

“He hit the ground running when he came back,” Coscia said.

His spirit has inspired the Division Avenue community, which in January partnered with the John Theissen Children’s Foundation to host a fundraiser, with all proceeds going to Jaime and his family. The event raised approximately $10,000, Macias Sr. said.

“I was so shocked as to how many people went there,” Macias Sr. said. “All the students, all the teachers. Wow, I didn’t know this guy was so popular.”

Despite his remission, Jaime still has some double vision that initially tipped off the diagnosis. But will be getting glasses with special lenses to help him control the issue. In the fall, he plans to attend Nassau Community College to pursue an associate’s degree in biology.

But for now the future can take a backseat to the fun of prom and graduation after dealing with tough times. Cooper, Jaime’s prom date, visited him during his treatment every Sunday, his mother said.

Says Jaime’s mom, Monserrate Macias: “[That’s how] you know when you are loved.”