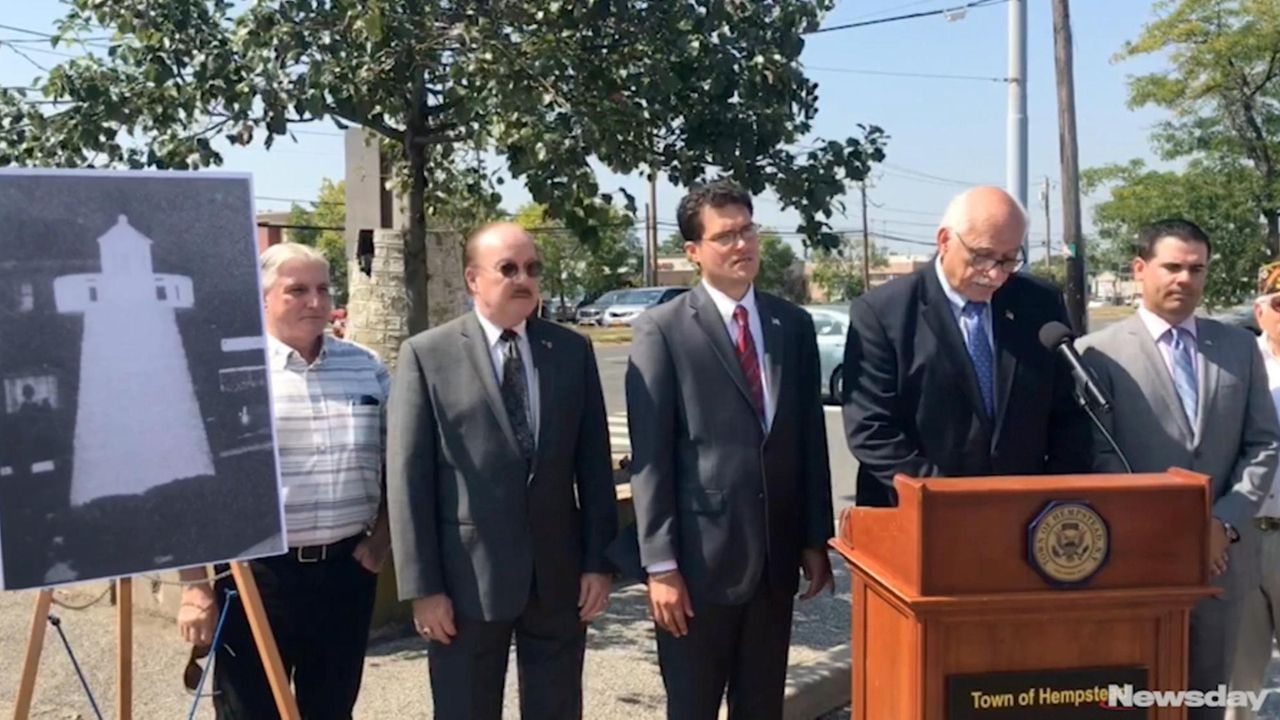 The mystery of the miniature lighthouse uncovered near a strip mall on Hempstead Turnpike in Levittown has been solved, thanks to the amateur sleuthing of Hempstead Town Councilman Dennis Dunne.  Credit: Newsday / Jesse Coburn

A Levittown mystery has been solved, thanks to the amateur sleuthing of Hempstead Town Councilman Dennis Dunne.

For months, patrons and passers-by of a strip mall on Hempstead Turnpike have speculated about a strange stucco structure flanking the parking lot, uncovered about two months ago when town workers cut down the surrounding foliage.

“Social media was abuzz about it,” said Dunne, whose own curiosity was piqued as well.

“I wanted an answer,” he said Wednesday in the neighboring parking lot.

Now, after more than a month of searching, the moonlighting detective has one.

The lighthouse "was a beacon for shoppers,” said Dunne, whose district includes Levittown.

“We’re going to restore that beacon.”

Hempstead town workers this fall will build a replacement miniature lighthouse for the site, complete with a replica wooden lantern room and light, he said. Dunne hopes the work will be complete by Thanksgiving.

Because Hempstead workers are carrying out the project and using town-owned materials, it will not cost the town anything, he said.

Officials may seek grants for improvements to the surrounding site as well, Dunne said.

The plans conclude a month and a half of shoe-leather research by the councilman, who visited libraries, trawled newspaper archives and consulted local historians to trace the origin of the structure, now a cracked conic hull with chipping white paint.

“It took a long time and a lot of work,” Dunne said of his research. “But I couldn’t give up.”