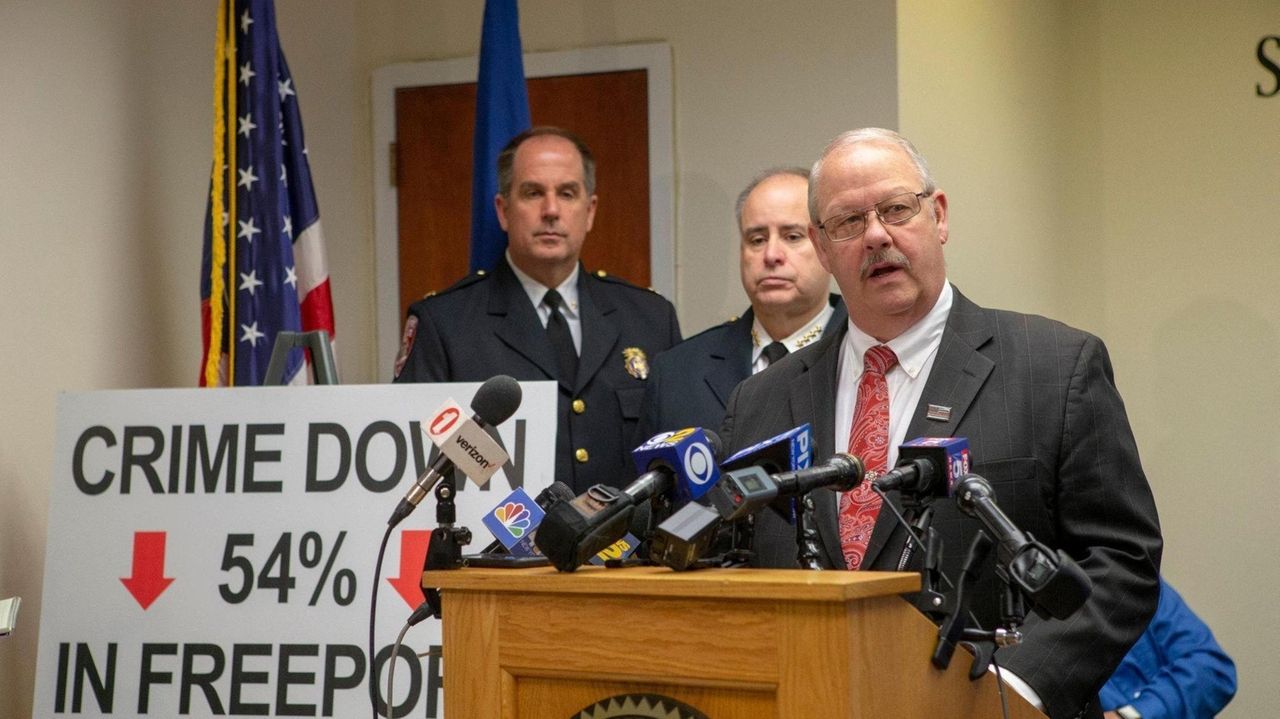 A crime crackdown in Freeport using license plate scanners has proved so successful at nailing criminal suspects and identifying stolen vehicles that village officials said Monday they want more of them.

Since they first came into use in October 2015, the scanners — part of a crime-fighting effort called "Operation Safe Streets" — have read a staggering 250 million license plates and helped Freeport notch a 54 percent drop in village crime, Mayor Robert Kennedy said. The scanners have read 50 million license plates in the last 12 months alone, Kennedy said.

Opponents of scanners said they are a threat to everyone's civil liberties and an unfair burden to the village's low-income and working-class residents but Kennedy is working with Nassau officials to get funding for 15 to 20 more. Currently there are 27 license plate scanners mounted at the entries and exits of the 4.8-square-mile village.

"Operation Safe Streets, combined with a dedicated and expanded police department, has proved to be a crime-fighting tool that is beyond reproach and makes Freeport a much safer place for its residents,” Kennedy said Monday during a news conference at Village Hall.

The scanners can read and cross-reference up to 2,000 license plates-per-minute with New York State Department of Motor Vehicle records and law-enforcement databases, Kennedy said.

“Automatic license plate readers enable police to collect massive amounts of data on the comings and goings of innocent residents," Gottehrer said, "opening up the door to dragnet surveillance."

Before Freeport spends taxpayer's money for more of the devices, Gottehrer said, a robust discussion of the technology's privacy implications is needed.

“This technology should not be used to drive up unnecessary stops, detention, and seizures of property, all of which become a reliable source of income for the department,” Gottehrer said.

The data are only collected from vehicles linked to violations, Kennedy said, and the information is usually expunged after 180 days.

“I have no idea who comes into this village if they have not committed a crime,” the mayor said.

The news conference Monday was called to alert visitors that Freeport — a South Shore village that bills itself as the gateway to Jones Beach, and with and bars and restaurants popular in the summer — will not tolerate criminal behavior once crowds start flocking to the village in a few weeks, Kennedy said.

“If you are going to commit a crime, don’t come to the Village of Freeport. If you have committed one," the mayor said, "you better go around us.”

The license plate scanners helped Freeport police in 2016 when they located and detained a suspect wanted for a fatal shooting in Virginia, said Freeport Village Police Chief Miguel Bermudez. The weapon allegedly used in the killing, a loaded assault rifle, was recovered in the trunk of the vehicle, he said. Another murder suspect wanted by the NYPD was apprehended in March because of the scanners, Bermudez said.

Kennedy ticked off a long list of examples where the scanners helped village police.

“Since the inception of this program, more than 5,000 vehicles have been impounded, either for insurance lapse, stolen plates or revoked registrations,” Kennedy said “Over 22,500 summonses have been issued and we have arrested over 220 wanted individuals, not to mention we recovered over 130 stolen vehicles.”

A “significant” amount of funds collected through Operation Safe Streets have helped expand the Freeport Police Department from 82 to 101 officers in recent years, Kennedy said, although he didn't know the exact amount of money generated by the program.

Money raised in fines and fees to pay for those officers is an unfair burden on Freeport's poor and working class, said Victoria Daza, a village resident and an organizer with Long Island Jobs With Justice.

Daza said some residents have complained their vehicles were impounded even though the registration was up to date. She said it is unfair for village officials to impound vehicles without insurance.

“Lapsed insurance is not a criminal offense,” Daza said. “They are using rhetoric about murderers but they are making money off working-class residents.”