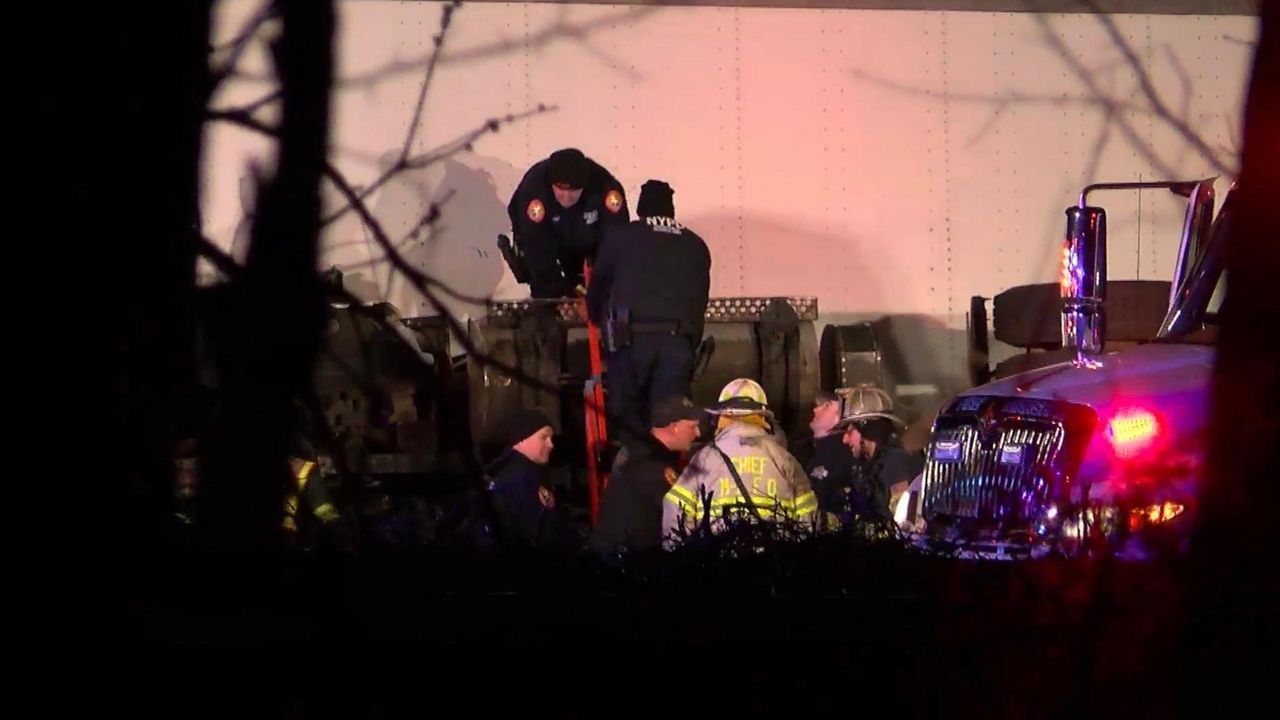 All eastbound lanes of the Long Island Expressway near Exit 36 in North Hempstead were reopened Friday morning, Nassau County police said, after the roadway had been shut in both directions for hours due to a collision between a truck loaded with liquid propane and a tractor trailer.

The crash happened shortly after midnight on the eastbound side, causing the propane truck to overturn, and the road closure had caused lengthy traffic delays. Just before 6 a.m., police said that the westbound lanes had reopened, but the right lane of the eastbound side remained closed. Exit 36 was also closed for travelers headed east.

Later, at about 10:25 a.m., police indicated all eastbound lanes had reopened.

"We have one very minor injury," a police spokesman said of the crash. “There is no spill or hazmat situation."

Propane gas, widely used for heating and cooking, ignites only at extremely high temperatures, experts say, and its handling and transport is governed by both state and federal agencies.

The National Transportation Safety Board said it was not probing the collision; it only investigates a small number of highway crashes a year. Its website, however, lists a number of investigations into accidents and explosions involving propane or propane handling firms.

New York State’s transportation department and the Federal Motor Carrier Safety Administration, part of the U.S. Department of Transportation, had no immediate comment.

A Nassau police spokeswoman had no further details on the crash.

Friday morning's weather was notable for its high wind gusts, and a tractor trailer overturned on the Verrazzano-Narrows Bridge’s upper level, where the westbound lanes also were closed, state transportation officials said.

On Wednesday night, a tanker truck carrying propane overturned on the New Jersey Turnpike; that one did burst into flames.

Turnpike drivers also suffered through hours of delays after that accident on the northbound stretch in Woodbridge. It took crews several hours to clear away that crash, which occurred around 8:20 p.m.