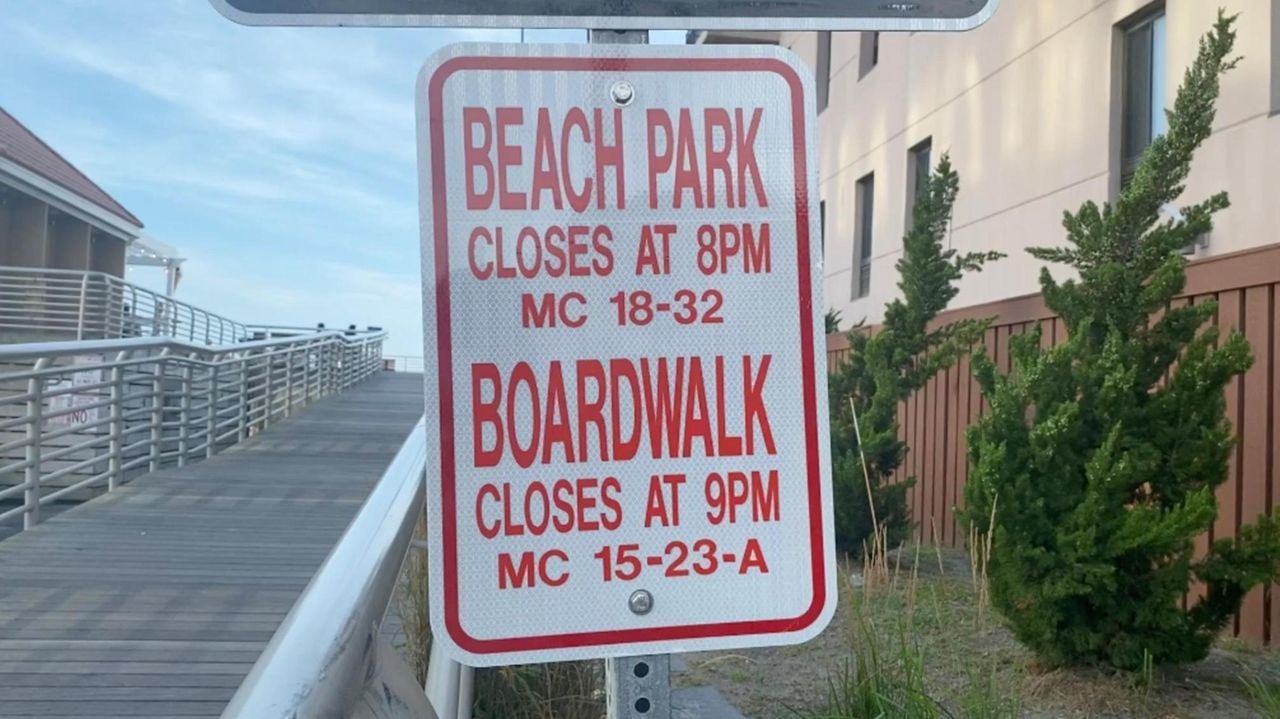 Long Beach police and lifeguards will add extra patrols starting Thursday night to clear people off the beach and boardwalk after sundown to deter large crowds from gathering on the beach.

Police will begin rolling shutdowns on the beach nightly starting at 8 p.m. and barricading the boardwalk at 9 p.m. The city traditionally kept the beach open from 5 a.m. to 11 p.m., with swimming restricted after 6 p.m. when lifeguards are off duty.

City officials and police announced the new rules after a group of more than 800 gathered on the beach Saturday and were seen drinking, fighting and smoking marijuana. Video showed that social distancing guidelines issued during the COVID-19 pandemic were not followed, and many did not wear masks.

“They’ve come down to our beach and created chaos, and we’ve all seen what happened Saturday,” acting Police Commissioner Phil Ragona said during Tuesday’s City Council meeting. “We thought the safest thing to do was close the beach starting at 8 p.m. It’s going to be a big task, but I think we can do it.”

Police officers and lifeguards will begin systematically closing beach entrances between Neptune Boulevard and New York Avenue, with warnings to start at 7:45 p.m.

The city can issue summonses for people who remain on the beach after it closes, a violation that carries a fine of up to $500 and a misdemeanor charge.

Police, seasonal officers and bike patrols will start closing the boardwalk at Edwards Boulevard, then move east and west. Officers will use a smart car to follow people off the boardwalk and assist any stragglers.

Beach maintenance crews will gate off the entrances to the boardwalk every night and reopen them by 5 a.m.

“It is absolutely a work in progress,” Ragona said. “If we don’t do this now, there could be dire consequences down the road. Some people think it’s drastic. I think it’s necessary.”

Lifeguards rescued more than 20 people last Sunday after daytime lifeguards went off duty. About 20 lifeguards remained on duty after the beach closed that night. Acting City Manager Donna Gayden said she wants to bring a crisis management team to assist lifeguards and first responders after rescues. The city has had two drownings this month.

“With so many lives saved and at times lives lost, it’s important our staff has someone to talk to right away," Gayden said.

The city will also restrict beach access on the weekends to only residents to address capacity issues. Lifeguards and officers will check beach passes, and anyone found without a pass or attempting to share passes could be removed and ticketed.

Daily visitor passes will continue to be sold Monday through Thursday on the boardwalk.

Long Beach officials said the city's beach was full Sunday by noon, while Jones Beach and Hempstead Town and Nassau County beaches were full by 9 a.m.

"The city was up front and clear when they opened beaches — that if there was a need to revisit crowd compliance, we may restrict access to residents only,” he said.

Police disperse nighttime crowd of 800 on beach in Long BeachPolice had received reports of loud music, open alcohol use and scuffles between the young people, but no one was hurt or arrested, said Long Beach's top cop. Long Beach officials announce new beach, boardwalk restrictionsOfficials are barring nonresidents from the beach on weekends and cutting off beach and boardwalk access nightly in reaction to a gathering of hundreds of unmasked people on Saturday night.