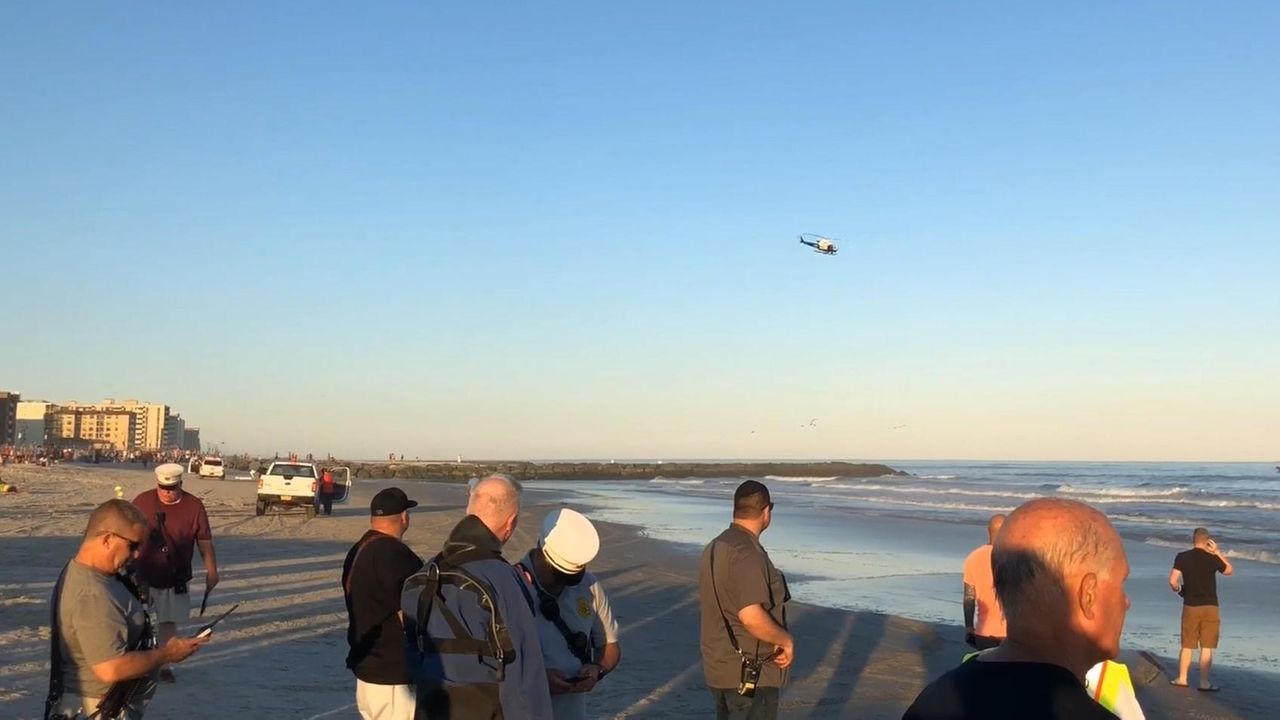 A round-the-clock search for a Hempstead boy who disappeared while swimming in Long Beach was called off Wednesday as hopes for his survival in the Atlantic Ocean dimmed.

Over the course of less than 24 hours, scores of people from more than a dozen agencies, along with off-duty lifeguards and private vessels, had scoured the shoreline and miles of ocean for the 10-year-old boy. Long Beach authorities and the Coast Guard, whose crews kept looking overnight by boat, said they ended efforts mainly due to the length of time the boy had been missing, the water temperature and the currents.

The child had on only his swim trunks and no life jacket when he went swimming Tuesday with his brother, 11, said Capt. Kevin B. Reed, commander of Coast Guard Sector Long Island Sound.

The two brothers had taken a bus by themselves to the beach, Long Beach police said, and they were swimming near Ocean Beach Park, off Edwards Boulevard, when they became separated just before 6 p.m. as the waters got choppy.

“The two of them apparently try to leave the water,” said Lt. Eric Cregeen of Long Beach police. “The 11-year-old got out, turns around and sees his brother was having trouble and was submerged.”

The decision to pack up came after Coast Guard commanders met the boy’s mother on the boardwalk, near where her son went missing, and showed her nautical charts. They explained how the Coast Guard conducts searches for missing persons and asked whether she had any questions.

The mother, driven by a man, declined to comment as they left Long Beach.

The boy’s two young aunts were also at the scene and requested to go on a Coast Guard boat, but the search ended before they could, said Paul Gillespie, Long Beach lifeguard chief.

“This is an exhausting thing mentally,” Gillespie said. “You hate to see such a young boy like that pass away in that type of situation.”

Reports from 911 callers set off a water and air search about 6 p.m. Tuesday, Cregeen said.

Gillespie said about 20 off-duty lifeguards swam along the shoreline, including Edwin Moriarty, 20, of Long Beach, who was part of a group that systematically “swept” through waters about 100 yards off the beach Tuesday as boat crews searched further out.

“The waters were choppy,” Moriarty said. “It was ripping out hard. It definitely was not easy to search.”

He added, “I felt awful for the family, and I just wanted to find him.”

The Coast Guard said first responders covered more than 310 nautical miles. On Tuesday, after about two hours of searching, Long Beach fire and police officials deemed the effort a recovery mission. The Coast Guard, however, continued to characterize it as a rescue effort into Wednesday.

The boy’s 11-year-old brother was taken to South Nassau Communities Hospital in Oceanside, where his mother joined him Tuesday, officials said. He was in good condition but had been kept overnight for observation, Cregeen said.

Detectives talked to the mother at the hospital Tuesday night to piece together what had happened, he said.

Lifeguards are not on duty full-time until Saturday, when the beaches are fully open for the summer, city officials said.

Gillespie, who has directed many rescue efforts, said he felt more motivation among the searchers than in previous missions, perhaps because the victim was so young.

“Maybe it was because it was the first (search) of the summer, I don’t know,” he said. “I hope it’s the last.”

The Coast Guard requested that anyone with information on the case call Sector Long Island Sound at 203-468-4401.

CORRECTION: The boy missing in the waters off Long Beach is 10 years old and the beaches are fully open for the summer on Saturday. In a previous version of this story, the age was incorrect based on information provided by authorities and the opening day was incorrect.

Involved in the search were:

Report: Thousands of MTA employees don't use time clocks designed to prevent fraud
These restaurants, employers, colleges and NYC theaters will be requiring COVID-19 vaccines
Four LI hospitals ranked among Top 50 in U.S. in medical specialties
Overpass in Lawrence to be renamed for civic leader
Forecast: Plenty of sun after an unsettled week
Opioid trial witness: Distributors ignored red flags suggesting illicit drug use
Didn’t find what you were looking for?