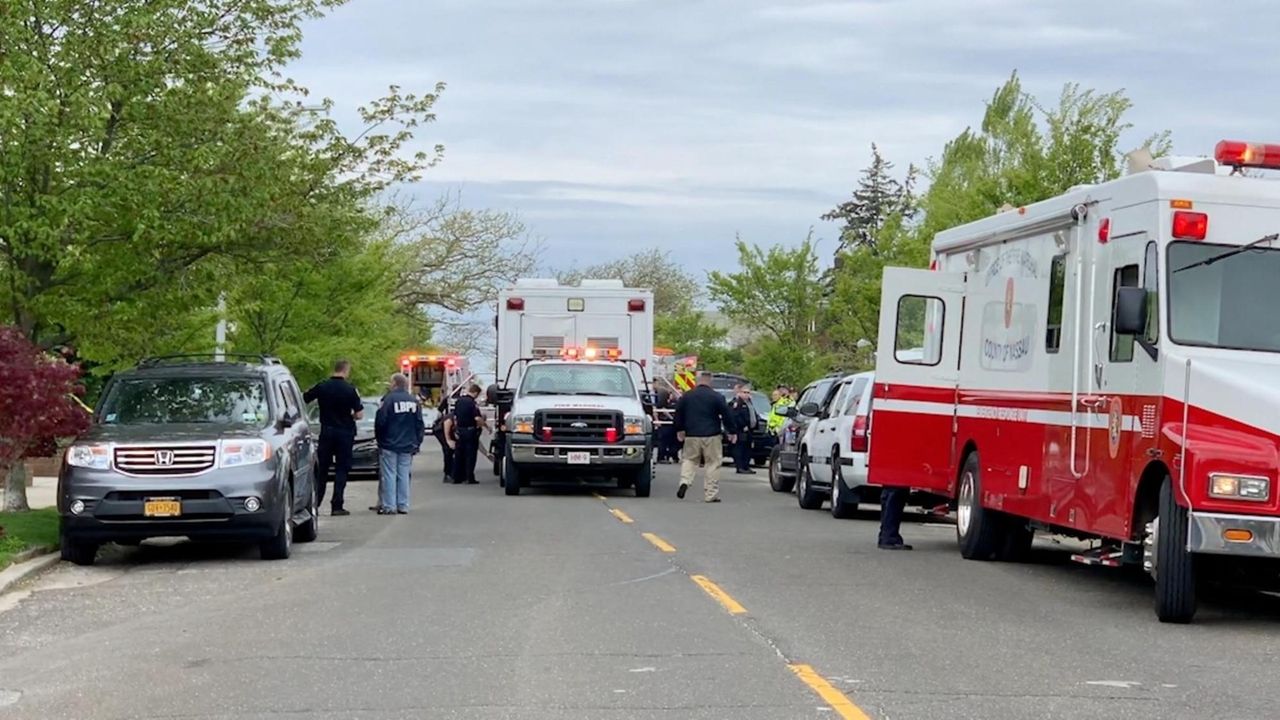 On Friday, police officers who went to a Long Beach house in response to a call for help discovered a chemical lab inside the home’s detached garage, triggering a hazmat response. The caller said there was an unconscious man outside the house. Authorities said the man, who was seriously injured, was taken to an area hospital for treatment. Credit: Howard Schnapp

Hazmat units, the DEA and several agencies swarmed around a suspected drug lab at a Long Beach home Friday after a man was found passed out in the side yard, authorities said.

Long Beach police officers responded to an 8 a.m. call about the injured man outside a detached garage on Beech Street, and investigators found an active chemical lab inside, officials said. Residents of nearby streets were ordered to evacuate and were kept out of their homes for more than 12 hours as authorities mounted an investigation and cleanup.

"There was an active heat source and there were chemicals that appeared to be cooking inside," said Det. Lt. Stefan Chernaski of Long Beach police.

The officers who arrived saw a beaker containing liquids, which appeared to be bubbling, according to a spokesman for Long Beach police.

The DEA agents and a team from New York State police separated the chemicals and cleaned up the site, Uttaro said. FBI agents also joined the investigation, he said.

The man had a serious injury and was taken to South Nassau Communities Hospital, authorities said. His name and extent of injuries were not available Friday night.

Police, firefighters and hazmat personnel were working to determine what type of chemicals were in the garage, authorities said.

A section of Beech Street remained closed to cars and pedestrians Friday night.

Scott Kemins, Long Beach commissioner for the fire and building departments, was at the scene Friday night but declined to comment.