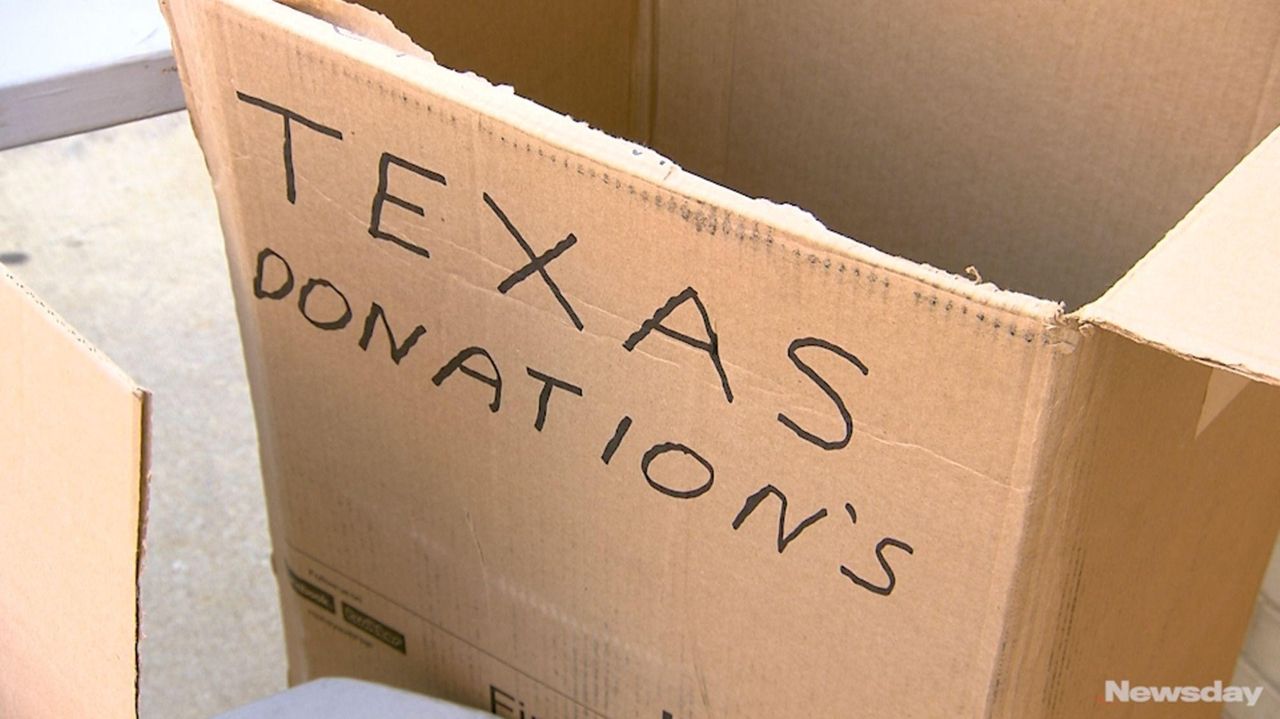 Long Beach's fire and auxiliary police departments are coordinating an effort to collect items of use for those along Texas' Gulf Coast, which was severely affected over the weekend by Tropical Storm Harvey, with rain still falling as of Monday, Aug. 28, 2017. Items such as cleaning and first aid supplies, gift cards and nonperishable food can be dropped off over the next two weeks at fire department headquarters. The city is coordinating with relief entities in Texas, says Scott J. Mandel, city council member who spearheaded the relief effort. Credit: News 12 Long Island

Although it has been nearly five years since superstorm Sandy swooped in and wreaked havoc on the region, that storm and the ensuing outreach from near and far are still very much on the minds of the Long Beach community.

That’s why the city’s fire and auxiliary police departments have launched an effort to collect useful items for Hurricane Harvey victims along Texas’ Gulf Coast, where rain was still falling as of Monday.

After Sandy hit, “people from all over the country came to our aid, and the Long Beach community has a history of banding together and paying things forward,” said Scott J. Mandel, a city council member who spearheaded the Harvey effort.

Donations of items such as cleaning and first aid supplies, gift cards and nonperishable food can be dropped off over the next two weeks at fire department headquarters, with further details available on the two groups’ Facebook pages.

The city is in the process of coordinating with relief entities in Texas, Mandel said.

In addition, 31 Red Cross volunteers and staffers from the Greater New York region, including five from Long Island, have already been deployed to the disaster area, said Michael de Vulpillieres, spokesman for the American Red Cross on Long Island. But given the extent of devastation, the ultimate figure for aid workers from the area will be “in the hundreds,” he said.

For other Long Islanders wanting to help, the best way to support victims of a natural disaster is to donate money, according to the Center for International Disaster Information, or CIDI.

But be wary of unknown or pop-up organizations and research them carefully, says CIDI, which offers guidance on how to donate effectively. Check sites such as Better Business Bureau, Charity Navigator, Charity Watch or GiveWell before donating to an unfamiliar organization, according to CIDI.

Here are some ways Long Islanders can help Harvey victims:

Austin Pets Alive! in Texas, which said the process to take in animals lost or hurt in Hurricane Harvey is expected to cost more than $20,000, is accepting financial donations, volunteers and pet supplies. https://www.austinpetsalive.org/